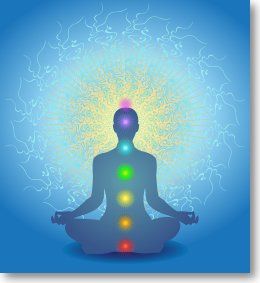 (BeWellBuzz) Among the many different types of yoga, Kungalini Yoga is one of the most recently ones which is now practiced widely across United States.

Kundalini Yoga refers to spiritual energy; this kind of yoga enhances the spiritual power of a person to overcome obstacles in life. Kundalini Yoga is specially focused on “the spine”. In literal terms, Kundalini means coiling up like a snake because the energy, which comes out while practicing this yoga, is so strong that it has been compared to the serpent’s energy. This might sound a bit medieval, but Kundalini followers wear flowing white robes and head wraps.

Kundalini Yoga starts with a short chant and a warm-up stretch for flexibility. After this, Kriya or the main part of this yoga begins. This is essentially a sequence of poses followed by pranayama, which focuses on a specific body part. The end, as it is with any kind of yoga is with a peaceful meditation, a large gong and a closing song.

Kundalini Yoga focuses on the spiritual aspect of the body more than any other aspect. It increases the ability of humans to fight with physical and mental challenges in life. This yoga is taught by Yogi Bhajan, who in 1969, founded 3HO (the Healthy, Happy, Holy Organization) to introduce Kundalini to a broader population.

Kundalini yoga is practiced in many cultures. The energy arising from this yoga is called by different names in different languages. For yogis, its called prana, for Japanese, it’s called Ki, for Chinese, its chi and for scientists, it’s a biological energy emerging from the spine. Whatever the language may be, the concept of the Kundalini Yoga remains the same – The spine is the centre of the standing position of the body which gives rise to the concept that spirituality also occupies a central position in a human’s life, without which one will not be able to stand.

The Healing Powers of Kundalini Yoga

Kundalini yoga is also found out to have miraculous healing powers and thought of as the main healing energy behind acupuncture, Shiatsu, Reiki, Reflexology, and Meditation.

Kundalini is the root of all branches of yoga. Previously, Kundalini Yoga was kept a secret and to practice it, one had to come to the Ashram, serve the Yogi for many years and then learn this secret. After Yogi Bhajan came to the United States in 1969, only then was this secret Yoga taught widely.

The Steps of Kundalini Yoga

Kundalini Yoga involves a combination of the following steps:

This meditation involves bringing your mind towards one focus that is your God and balancing your emotions. It gives your mind a lovely sense of well being.

This yoga is performed for longevity and health of a person. It mainly involves exercising and stretching. It gives the power to concentrate well and have a clear and focused mind.

Tantra focuses on bringing out the masculinity and femininity out of people and using that power to achieve an understanding of the universe.

This yoga focuses on bringing out love from our bodies and eradicating fear and worries. It cannot be done without the help of a teacher.

These are syllables chanted with meaning and from the heart. You are also required to understand and believe them.

Some of the benefits of Kundalini Yoga are described below:

Kundalini yoga also has the power to make you look and feel beautiful. This is so because it has a direct impact on the endocrine system.

It sharpens the senses and increases their ability to feel and all your senses such as taste, smell, feel and sight will work much better.

A surprising effect of Kundalini yoga is that it can suppress the habits such as smoking and drug addiction.

When a person discovers his own strengths through kundalini yoga, he is given the impression that he is reborn with an enormous amount of energy fueled by spirituality. This newfound energy helps in developing the confidence and peace within the mind.

Like other kinds of yoga, Kundalini yoga also gets rid of negative feelings and arouses positive attitudes.

Kundalini Yoga enables a person to achieve supreme self control of one’s feelings and emotions especially anger and hatred. When these two negative feelings end, one will find inner serenity and calmness.

Using its spiritual power, Kundalini yoga becomes a weapon against many diseases hence strengthening the immune system, both physically and psychologically.

Kundalini Yoga is nature’s utmost series of steps to gain the spiritual power locked within us. One should practice it once in a lifetime and feel the miraculous energy breaks through within and outside us.