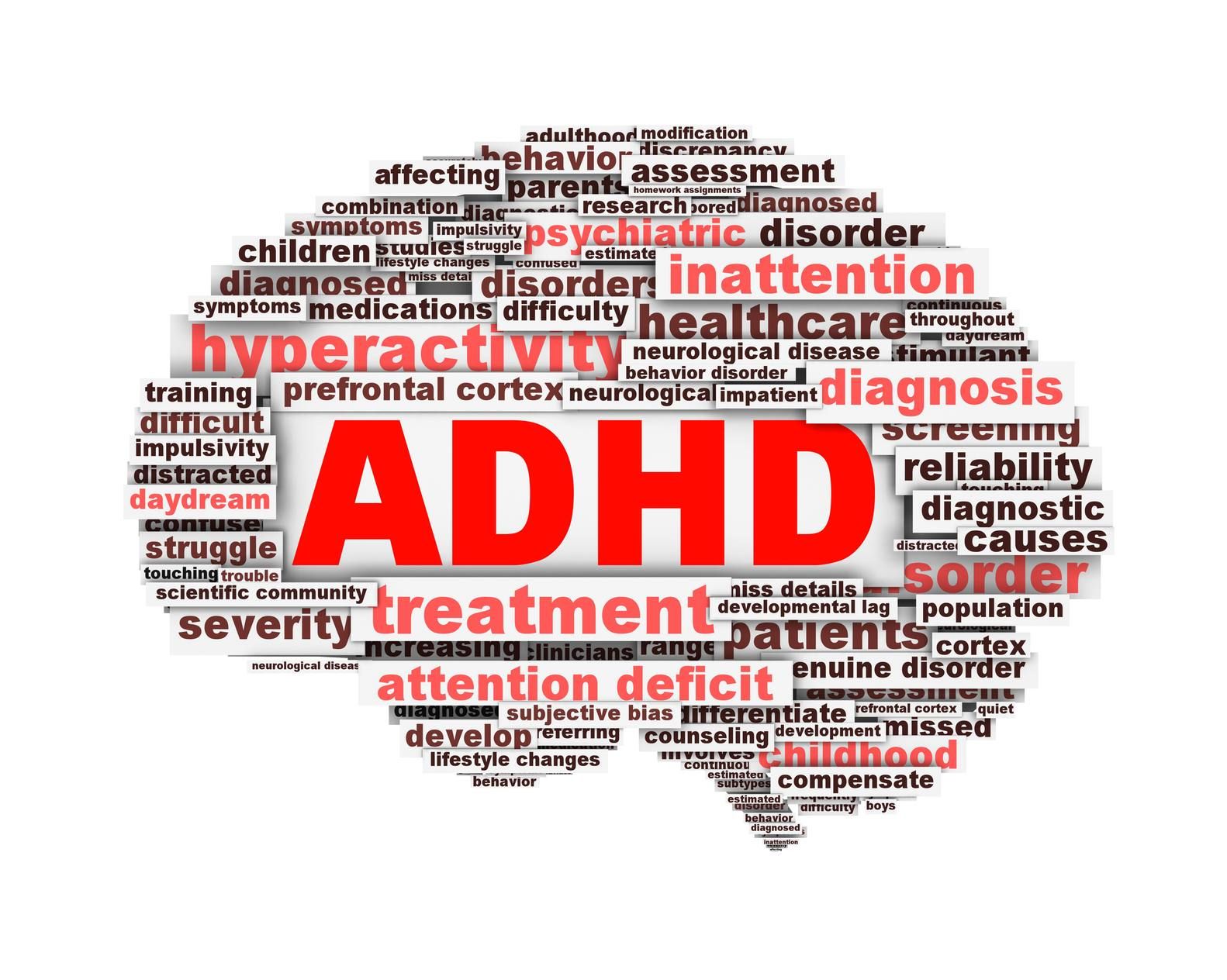 (BeWellBuzz) On a recent Sunday morning I arrived early to church before the crowds came rushing, and found myself engrossed in a great book. A woman that I’ve met once or twice marveled at my “perfect concentration.” It was funny. She kept interrupting me to say how amazing it was that I could sit there and read in the middle of all the activity. Then she launched right in and told me that some 40+ years prior, as a little girl, a teacher would incessantly scold her for being unable to sit still. Then she exclaimed something to the effect of, I’ve been ADHD probably since I was born!

To this day she hates reading and she knows why. In an effort to discipline her into conformity, her mother forced her every day to sit on the couch and read a book for an hour straight without twitching or standing or getting up or moving about and especially without fussing. This woman has lived her entire life believing she was “broken,” that her brain doesn’t function correctly, and that she can’t operate like “normal” healthy people do.

But what if her teacher just didn’t like her? Didn’t have the patience or wisdom to effectively lead her? Or was just unable to see the person she was destined to become, rather than what the system preferred her to be? That is, what if the teacher was the one with the problem?

Thomas Edison had a similar experience. He struggled to be still. His teacher called him “addled,” a potentially damaging word considering that addle means urine, liquid filth or liquid manure, rotten, stale, muddled or confused. Despite strong social rejection, Edison’s mother chose to believe in her son rather than a frustrated teacher.  Edison was later quoted saying,

“My mother was the making of me. She was so true, so sure of me; and I felt I had something to live for, someone I must not disappoint.”[1]

At that time they didn’t have Ritalin or Adderall to “fix” a kid’s brain. His mother had to take Thomas out from a toxic environment where he was not loved or seen for who he was or could be. She didn’t make him kneel on rice or sit in the corner or write I will listen to my teacher a hundred times. Instead she created a nurturing environment with good “soil,” so that the seeds of his potential could grow into the brilliant person he was born to be. I’m sure he was difficult at times, which is probably why he praised his mother for her perseverance.

Marilyn Wedge, Ph.D. is the author of Pills Are Not for Preschoolers: A Drug-Free Approach for Troubled Kids. In an issue of Psychology Today she reported that 9% of American school-aged children are diagnosed with ADHD and taking prescription drugs to treat it. England and Australia, to name a few, can tell a similar story. Meanwhile, one nation in particular, that being France, can only speak of 0.5% diagnosis and drug treatment.[2] Are their kids in better shape?

Wedge suggests no, their adults are. The French don’t automatically view hyperactive behavior as a biological brain disorder. They view it as “psychosocial with situational causes,” meaning it’s connected to relationships and the circumstances of their lives.

French child psychologists will first look for relational tensions, challenges in the family, traumatic experiences at pivotal moments in their development. Most often the children begin rehabilitating and improving long before a prescription is even discussed.

The Myth of the Chemical Imbalance

There is absolutely no “chemical imbalance” scientifically identified; no blood or urine sample, no x-ray or brain scan can detect ADHD because there is no accurate biological marker for the symptoms. [3],[4] Therefore, there is no biological drug that can directly correct the problem. Rather than engaging through relationships with parents, teachers, counselors and peers so that the child can develop his own self-control, maturity, and a healthy sense of boundaries,  psychostimulant drugs are administered to chemically induce the desired behavior. It’s like giving a kid painkillers and mood enhancers so he can run freely on a broken ankle. We’re not teaching our children good behavior; we’re teaching them to pop pills.

What we see in France is just a different model for handling children with “unruly” behavior. Their treatment may involve all or any of these, with drugs as a last and final resort:

The last one was especially of interest. Wedge describes a French parental “philosophy of discipline,” which she believes is very different from our current parenting style in America. The French create a firm structure with clear boundaries and consequences.  Children can’t snack whenever they want, or have their own way with curfew, movies, music and video games:

“Clear limits, they believe, actually make a child feel happier and safer…French parents believe that hearing the word ‘no’ rescues children from the ‘tyranny of their own desires.’ And spanking, when used judiciously, is not considered child abuse in France.”

Dennis the Menace is an old cartoon, comic character that used to get himself into all kinds of trouble. He routinely hit his baseball right through the neighbor’s window, putting a hole in the glass and a stink in the old neighbor’s eye. There was a time when pushing the boundaries was considered totally normal, even healthy for kids, especially boys. And a kid that loved to test the limits or was bored easily was a good reason to have a strong father figure to teach him both love and to respect authority.

Not surprisingly, boys are much more likely to be given the drugs than girls.

According to the US CDC 12.4% of boys between 3-17 years have been diagnosed with ADHD and are receiving drug treatment, and 4.7% of girls. Yet, we still don’t know the long term effects of these drugs on children’s brains except that many adolescents have become addicted.

An article in the New York Times, Raising the Ritalin Generation,[5] describes the experience of a little boy and his parents whose third grade teacher not-so-subtly suggested that Ritalin “could really turn things around” for him. The parents were skeptical, but went along with the program. After a couple of years the boy refused to take it, frightened that the drug was more dangerous than he’d been led to believe. Now in the prime of his high school years, he’s adjusted to life and is apparently doing quite well in school without the drug. This flies in the face of medical reports claiming that kids with ADHD will need to continually increase dosage as the years progress to keep up with their condition.

This begs the question as to whether we haven’t been diagnosing as illness what is actually normal kid-behavior. As Liberal Democrat MP Tessa Munt said to a British publication, The Guardian,

“We need to show young people how to deal with the normal stresses and strains of growing up. Resorting to powerful drugs only stores up trouble for the future.“[6]

I’m willing to bet that Thomas Edison’s teacher would have recommended Ritalin, too, and in so-doing she may have prevented him from becoming one the greatest all time inventors this world has seen.

Look Beneath The Surface

According to Marilyn Wedge’s report, the first response of French child-psychologists is to examine potential stressors in the child’s life, and then address those needs. Will it help to pop a pill if the child (or the parent) is experiencing some form of abuse at home? Or if there is constant strife from fighting parents, emotional upheaval in the aftermath of divorce, or a single parent that is unable to spend quality time with his/her children? Can Ritalin give the child what only a mother’s affections can nourish? Or a father’s strong hand provide?

There is a growing charge that we need to actually love and get to know children who are acting up. Look for underlying causes and meet those needs before slapping a band aid on a behavioral issue with a toxic pharmaceutical drug. It requires more time, effort and energy on our part, but it may also bear far greater and more lasting fruit.