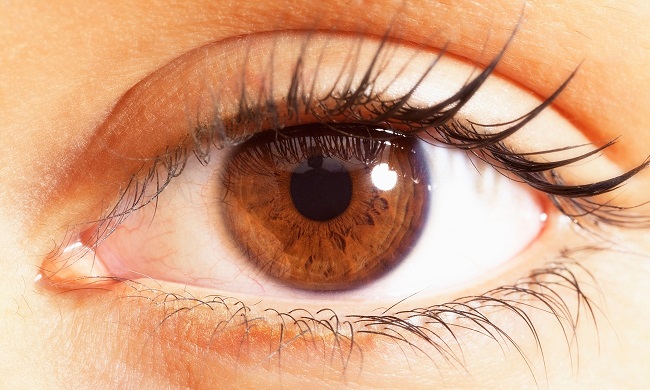 You don’t need a scan to see inside the mind! Look closer at eye movements and you can find out what’s happening inside somebody’s head. This post from The Guardian sheds light on a series of recent studies that suggest that eye movements may both reflect and influence the workings of the brain.

According to the old saying, the eyes are windows into the soul, revealing deep emotions that we might otherwise want to hide. Although modern science precludes the existence of the soul, it does suggest that there is a kernel of truth in this saying: it turns out the eyes not only reflect what is happening in the brain but may also influence how we remember things and make decisions.

Our eyes are constantly moving, and while some of those movements are under conscious control, many of them occur subconsciously. When we read, for instance, we make a series of very quick eye movements called saccades that fixate rapidly on one word after another. When we enter a room, we make larger sweeping saccades as we gaze around. Then there are the small, involuntary eye movements we make as we walk, to compensate for the movement of our head and stabilise our view of the world. And, of course, our eyes dart around during the ‘rapid eye movement’ (REM) phase of sleep.

What is now becoming clear is that some of our eye movements may actually reveal our thought process.

Research published last year shows that pupil dilation is linked to the degree of uncertainty during decision-making: if somebody is less sure about their decision, they feel heightened arousal, which causes the pupils to dilate. This change in the eye may also reveal what a decision-maker is about to say: one group of researchers, for example, found that watching for dilation made it possible to predict when a cautious person used to saying ‘no’ was about to make the tricky decision to say ‘yes’.

Watching the eyes can even help predict what number a person has in mind. Tobias Loetscher and his colleagues at the University of Zurich recruited 12 volunteers and tracked their eye movements while they reeled off a list of 40 numbers.

They found that the direction and size of the participants’ eye movements accurately predicted whether the number they were about to say was bigger or smaller than the previous one – and by how much. Each volunteer’s gaze shifted up and to the right just before they said a bigger number, and down and to the left before a smaller one. The bigger the shift from one side to the other, the bigger the difference between the numbers.

This suggests that we somehow link abstract number representations in the brain with movement in space. But the study does not tell us which comes first: whether thinking of a particular number causes changes in eye position, or whether the eye position influences our mental activity. In 2013, researchers in Sweden published evidence that it’s the latter that may be at work: eye movements may actually facilitate memory retrieval.

They recruited 24 students and asked each one to carefully examine a series of objects displayed to them in one corner of a computer screen. The participants were then told to listen to a series of statements about some of the objects they had seen, such as “The car was facing to the left” and asked to indicate as quickly as possible if each was true or false. Some participants were allowed to let their eyes roam about freely; others were asked to fix their gaze on a cross at the centre of the screen, or the corner where the object had appeared, for example.

The researchers found that those who were allowed to move their eyes spontaneously during recall performed significantly better than those who fixed on the cross. Interestingly, though, participants who were told to fix their gaze in the corner of the screen in which objects had appeared earlier performed better than those told to fix their gaze in another corner. This suggests that the more closely the participants’ eye movements during information encoding corresponded with those that occurred during retrieval of the information, the better they were at remembering the objects. Perhaps that’s because eye movements help us to recall the spatial relationships between objects in the environment at the time of encoding.

These eye movements can occur unconsciously. “When people are looking at scenes they have encountered before, their eyes are frequently drawn to information they have already seen, even when they have no conscious memory of it,” says Roger Johansson, a psychologist at Lund University who led the study.

Watching eye movements can also be used to nudge people’s decisions. One recent study showed – maybe worryingly – that eye-tracking can be exploited to influence the moral decisions we take.

Researchers asked participants complex moral questions such as “Can murder ever be justified?” and then displayed, on a computer screen, alternative answers (“sometimes justifiable” or “never justifiable”). By tracking the participants’ eye movements, and removing the two answer options immediately after a participant had spent a certain amount of time gazing at one of the two options, the researchers found that they could nudge the participants to provide that particular option as their answer.

“We didn’t give them any more information,” says neuroscientist Daniel Richardson of University College London, senior author of study. “We simply waited for their own decision-making processes to unfold and interrupted them at exactly the right point. We made them change their minds just by controlling when they made the decision.”

Richardson adds that successful salespeople may have some insight into this, and use it to be more persuasive with clients. “We think of persuasive people as good talkers, but maybe they’re also observing the decision-making process,” he says. “Maybe good salespeople can spot the exact moment you’re wavering towards a certain choice, and then offer you a discount or change their pitch.”

The ubiquity of eye-tracking apps for smartphones and other hand-held devices raises the possibility of altering people’s decision-making process remotely. “If you’re shopping online, they might bias your decision by offering free shipping at the moment you shift your gaze to a particular product.”

Thus, eye movements can both reflect and influence higher mental functions such as memory and decision-making, and betray our thoughts, beliefs, and desires. This knowledge may give us ways of improving our mental functions – but it also leaves us vulnerable to subtle manipulation by other people.

“The eyes are like a window into our thought processes, and we just don’t appreciate how much information might be leaking out of them,” says Richardson. “They could potentially reveal things that a person might want to suppress, such as implicit racial bias.”

“I can see eye-tracking apps being used for, say, supportive technologies that figure out what phone function you need and then help out,” he adds, “but if they’re left on all the time they could be used to track all sorts of other things. This would provide much richer information, and raises the possibility of unwittingly sharing our thoughts with others.”

Source: How your eyes betray your thoughts | Science | The Guardian