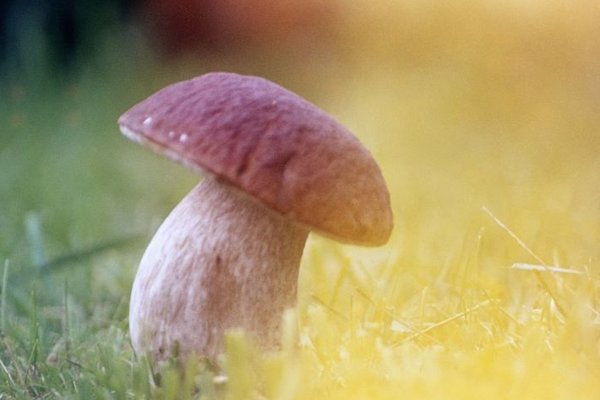 Scientists are now beginning to understand how the psychoactive chemical of magic mushrooms generates profoundly transformative psychedelic experiences. This post from News.Mic explains how psilocybin goes about transforming the brain’s activity and why you should care.

The news: Psilocybin, the psychoactive chemical that puts the magic in magic mushrooms, has long been known to act on serotonin receptors in the brain. But researchers haven’t figured out quite how psilocybin produces psychedelic experiences — until now.

New research published on Tuesday in the Journal of the Royal Society Interface suggests that psilocybin disrupts communication networks in the brain, causing them to connect in novel ways. When regions of the brain that don’t normally talk directly to one another cross signals, the result is a trip. Understanding how and why trips can be so profoundly transformative has big implications for disciplines like psychiatry, which may one day use psychedelics in various types of therapy.

The science: A crew of seven researchers took fMRI scans of the brain activity of 15 volunteers, split between groups given a placebo and those given a pill containing psilocybin.They took scans before and after exposure to the substance — meaning yes, the volunteers were tripping inside an MRI machine. LiveScience reports that the volunteers were all selected for prior positive experiences with psychedelic mushrooms to minimize the chances of them having a bad trip.

The results (which you can access for free here) were pretty amazing; connections lit up all across the brain. Figure 6a is the placebo group, while 6b is the psilocybin group: 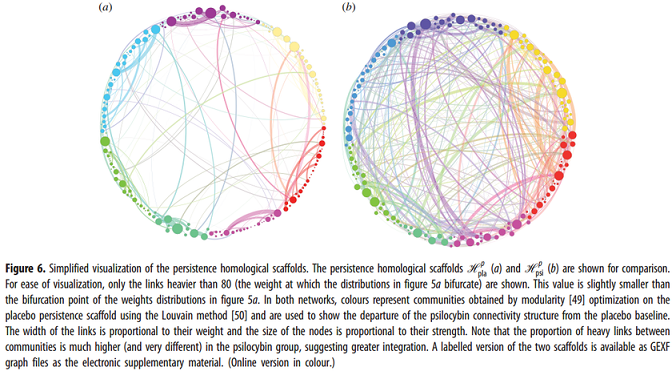 Psilocybin dramatically transformed the participants’ brain organization, Expert said. With the drug, normally unconnected brain regions showed brain activity that was synchronized tightly in time. That suggested the drug was stimulating long-range connections the brain normally wouldn’t make. After the drug wore off, brain activity went back to normal.

Basically, psilocybin might be temporarily causing users’ brains to enter a hyperconnected state, perhaps beginning to explain the strange, sometimes frightening but often enlightening experiences that typify a psychedelic trip. In just one speculatory example, the researchers suggest that this effect could very well explain drug-induced synaesthesia, a rarely experienced phenomenon in which one sensory or cognitive pathways can trigger an involuntary response in another. Think smelling a color, or a sound.

Why you should care: Understanding exactly what psilocybin does to the brain is important to the study of consciousness, because it disrupts typical brain patterns and alters perceptions of reality. For example,LiveScience suggests that it could help explain how people construct their own sense of self.

More concretely, it may also help explain why studies have found that psychedelic experiences administered in a calm, physician-assisted environment (essentially the old concept of drug, set and setting) can have striking psychological effects. Studies have shown magic mushrooms might be able to calm the ego and inspire optimism,quit smoking and even help people break free of troublesome personality traits. Patients with terminal diseases have even talked about how psilocybin helped them come to terms with their own mortality.

With attitudes on drugs shifting quickly, the study of psychedelics really does seem to have endless possibilities.

Source: Scientists Have Discovered Why Magic Mushrooms Are So ‘Magical’