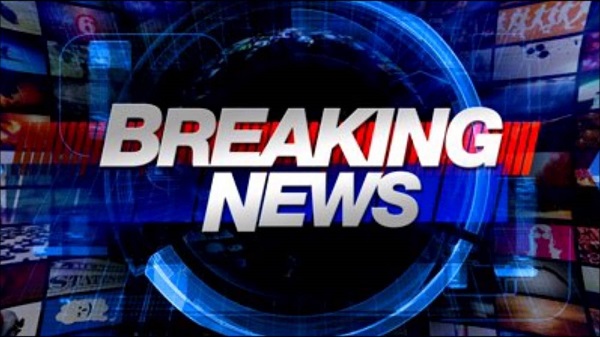 Sensationalist media coverage of acts of terrorism requires astuteness on the part of avid news consumers. Here are 7 tips for mindful consumption of terrorism news. This post from The Commercial Appeal helps in having more mindful encounters with today’s media.

The formulaic saturation coverage that follows any major terrorist atrocity can be riveting. The first cycles of coverage, however, are often hyped-up, alarmist, confusing, exploitive, premature and ultimately wildly inaccurate when more facts emerge.

So for conscientious but frustrated newsies, I offer some tips that may help for more mindful encounters with today’s media in the fog after major terrorists events.

— Remember that manipulating public and political reaction in the targeted country or community is the dominant goal of a terrorist act. Terrorism is commonly defined as the use of violence (on civilians and innocents) to pursue goals instead of military force or legitimate political avenues. Generating excessive public fear (terror), inspiring shortsighted political or military reactions, creating global propaganda and the illusion of real power to rev up their followers are what constitutes success.

Aside from eliminating the perpetrators and their networks, the most effective public, rhetorical and political responses are actually understatement, calm and projecting existential invincibility. This is what terrorism experts prescribe, but it is difficult for democracies in the today’s media age.

— Be wary even of the “consensus” conclusions of officialdom in the early days.

Paul Pillar was a senior CIA official and a top counterterrorism hand, now at the Brookings Institution and Georgetown. After the Paris attacks, he wrote that a “strong public consensus” emerged that they were the work of Islamic State leadership in Syria. Pillar says, “That may turn out to be the case, but whether it does or doesn’t, Western policymakers have at least a political imperative to respond as if this were already established fact.” Damn the facts, write the speeches.

Understanding this dynamic should lead to healthy skepticism about any early “consensus.”

— Live television coverage can drive you nuts (and if it doesn’t, you might try to get out a little more). TV is useful for the high-quality video, for a sense of place, for seeing and hearing key players directly. It is also inefficient and thin compared to more convenient alternatives.

The big TV news event is constantly satirized for good reason. Pressure for scoops leads to errors and a silly focus on what “we have learned exclusively” — no matter how incremental. It overplays spats between hacks, gaffes and the most outrageous quotes floating around the blabosphere. It is obsessed with finding people and agencies to blame. And there is the exploitation of victims, the melodrama amidst true drama.

Most major newspaper and news sites now produce live blogs for these big stories. They get the hard news out just as fast as broadcasters, usually with more careful phrasing, and with links to confirming sources, background material and reporting from other news outlets. It’s all on-demand and you can pursue what you want.

— Ignore the polling. Instant-polls rarely have enduring value and almost always err on the side of emotion and jerking knees. Public opinion returns to the norm quickly. For example, views about the threat to Americans’ safety from terrorism have barely changed since 9/11 even though very, very few Americans have been casualties of Islamic terrorism since then.

— Beware of buzzwords, because they tend to perpetuate half-truths. There is no better example than the word “mastermind.” A new book, “Chasing Ghosts: The Policing of Terrorism” by John Mueller and Mark G. Stewart, has a persuasive section called “The Myth of the Mastermind.” It turns out there are very few genuine masterminds in the history of terrorism. Most supposed masterminds are actually murderous, delusional zealots who stumbled through a plot that escaped detection more through luck than cunning.

Every murder, every atrocity is not the work of a mastermind. Mindlessly using that word inflates our fears and the aura of the terrorists’ competence.

— Apply extra-strength skepticism to the most dire predictions and prognosticators. The most pessimistic voices naturally pose as the most brutally realistic or “serious.” Dick Cheney would be the dark master of this. But since 9/11, none of the commonly predicted worst-case terrorist scenarios materialized in America or the West. They could, yes, but haven’t.

Seen from the perspective of public health instead of moral outrage or a scary “clash of civilizations,” terrorism is not a substantial threat to Americans in America. Islamic terrorists have caused few fatalities in the U.S. since 9/11, far fewer than the “consensus” predicted.

— Don’t feel bad if you want to tune out for a couple of weeks. Hard information will be more plentiful, reliable accounts produced, sounder analyses published and the more irresponsible candidates and legislators will be bingeing on the next big thing.

With luck, these tips won’t be needed any time soon — or often.