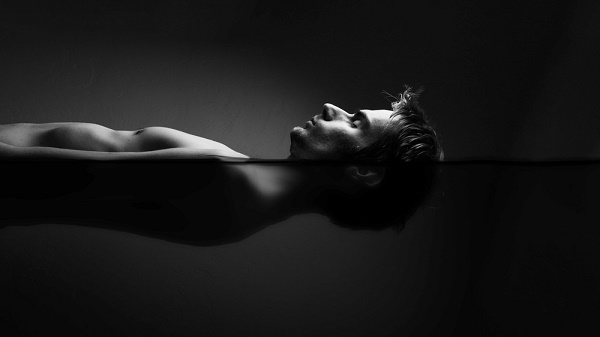 Sensory deprivation float tanks are increasing in popularity due to their ability to alter the states of consciousness and reduce stress. This post from Big Think sheds light on the relaxing experience in a float tank.

Chatting with dolphins in order to communicate with extraterrestrials might seem a red flag when considering a researcher. Indeed, John C Lilly was a polarizing figure in the sixties and beyond. One infamous project included his assistant living with a dolphin in a floating living room where dialogue became rather intimate. For all his radical ideas, however, the man was onto something.

Lilly developed a fascination with psychedelics after reading Brave New World, devoting his career to neurophysiology, among other pursuits. He had a passion for the origins and expansion of consciousness. After volunteering as a guinea pig for a protein-free diet in hopes of learning more about bodily production of glycocyamine, he pushed his physical and mental boundaries whenever possible. In his mind the medical and the mystical collided.

While today his dolphin experiment has become legendary in a ‘can you believe that happened’ sort of Internet meme way, Lilly contributed much to biophysics, computer science, and nueroanatomy. Arguably his greatest invention is the sensory deprivation tank, today more commonly known as a float tank.

Emboldened by self-research with LSD, Lilly strove to isolate the human brain from external stimulation. His first tank was clunky—it involved wearing a wet suit and breathing apparatus as you were submerged underwater. A few tweaks led to the creation of an enclosed pool filled with Epsom salt in which you carelessly float naked in total darkness and silence.

Last Friday I ventured to Just Float in Pasadena to see how care-less I could become. One of floating’s researched benefits is anxiety reduction, as well as helping with chronic stress-related diseases. Having listened to Joe Rogan’s anecdotal experiences with float tanks and psychedelics for years, I weighed the benefit of five milligrams of cannabis, something Lilly would have condoned. I decided on sobriety, focusing instead on my meditation and breathing practices.

The space itself is beautiful. I’ve read horror stories about tank smell and size. While I’m not personally claustrophobic, Just Float’s tanks are enormous; total darkness might be an issue, however. Given that I’ve lived in cities for twenty-two years, I crave the dark as much as silence. From the first minute the tank felt like home.

We have an odd relationship with relaxation in our culture. Alcohol, scrolling social media feeds, and channel surfing on the couch might appear calming, but in the long run our nervous systems take the brunt of such habits. The first five minutes of my float simply involved letting my body soften into the water. My neck took at least that long to unwind, my spine offering a series of thoracic pops along the way.

Once my body surrendered I turned to my breath. Arms outstretched, legs heavy, the only other time I’ve ever floated was out of an airplane—also a much different experience. This was not creating adrenaline and cortisol, but reducing them. As the music faded a deep silence kicked in, my breathing as large as the tank, as large I could imagine my body stretching into all directions to be.

While there’s no way to keep actual time, I’d guess the first half was spent in meditation: breath in, breath out, nothing more, nothing more necessary. It’s a luxury to not have to be anywhere with nothing to do. Odd as it sounds, this mindset requires diligence and patience—tuning in and dropping out—which is why float tanks are quickly increasing in popularity.

I spent the second half asleep. Muscle spasms are common on my road to unconsciousness, my girlfriend’s roadmap to my sleeping patterns. Usually I don’t feel them. When I do, a slightly awake dream of falling invades my consciousness. In the tank I had already succumbed when my left arm jumped, creating a ripple of awareness in water and body. Fortunately I was so relaxed heartbeat increase was negligible. One leg spasm more and I was out for good.

Like a thought rising from an unfathomable depth, the music slowly kicks in when the hour is up. Then the light. Shower off, a wonderful tea lounge to meander in, back on the 110 to the Westside.

Eight years ago I traveled an hour outside of Fes to a sulfur pool in the Moroccan desert. While the experience itself was sublime, that night I felt an effervescent lightness as I wandered the medina in a sober daze. Relaxation is an altered state of consciousness for urban dwellers and uptight workers. The rest of my post-float evening featured a similar calm, sleep that night untroubled and easeful.

Research continues to emerge on floating’s benefits. I’ve yet to meet someone who hasn’t had a comparably chill session. Complete absorption into the present moment is one acclaimed goal of meditation. Isolated, it becomes impossible to ignore. I enjoy sitting when I can to catch a few moments of stillness, to let my breath become louder than my thoughts. And now, when I can escape a little further than my living room, floating will be an exceptional addendum to my regeneration practices.