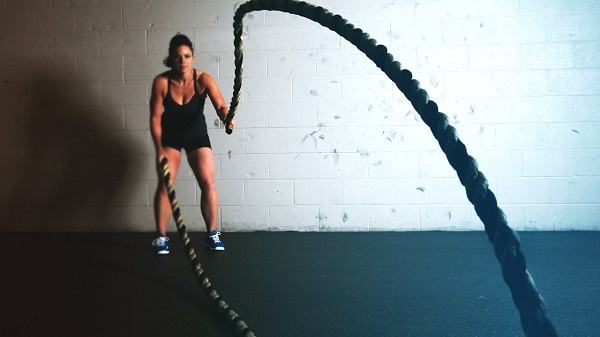 It’s been long known that physical activity produces mental benefits, but what are the best exercises for brain health? This post from Fast Company delves into how different types of exercises affect the brain.

Recently the New York Times reported on a Finnish study published in theJournal of Physiology that found, as long thought, that physical exercise could have a positive impact on brain health. What made the Finnish study so interesting, however, was it found that the brain benefits varied depending on the type of exercise performed.

Specifically, the study examined three types of exercises on adult male rats—running, weight training (yes, they tied weights to the rats), and high-intensity interval training—and the effects each exercise had on their brain’s abilities to grow and develop new nerve cells. In biology, this process is known as neurogenesis, and while the benefits of increased neurogenesis aren’t fully understood, many believe the ability to increase the number of new nerve cells in specific areas of the brain can help with problem-solving skills, creativity, rehabilitation, and reducing stress.

Of course, rats are rats. And the findings of rat studies don’t always translate to comparable findings in humans. That’s why my editor, who knows I like toexperiment with things to see how they affect my brain, suggested I do my own unscientific study on how the three types of exercises the rats went through affected my mental abilities.

Again, this “study” was unscientific and involved me doing one type of exercise program for one week each over a period of three weeks. I recorded my findings each week and report them below, along with expert commentary of what was likely going on in my brain and body from clinical exercise physiologist Dr. Bill Sukala, who has spent over two decades in the field of exercise science.

HOW DOES EXERCISE BENEFIT THE BRAIN?

“Exercise is a true ‘fountain of youth’ that literally improves the overall physiology and chemistry of virtually every part of your body from head to toe,” says Dr. Sukala. “We often think of exercise as a convenient way to stave off the more obvious metabolic villains like obesity, diabetes, and heart disease, but there are also numerous benefits for the brain as well.” Here’s how he says exercise benefits the brain:

2. Exercise is known to increase the production of a chemical known as brain-derived neurotrophic factor that acts like fertilizer on the brain. It has a particularly pronounced effect on the regions of the brain associated with memory. So older people who exercise regularly tend to fare better in their golden years than those who remain physically inactive.

3. Exercise is a potent remedy for both depression and anxiety. It is known to lift mood by bumping up the brain’s feel-good chemical serotonin and dopamine levels.

4. Chronic stress can exert a brushfire effect on the body, “burning up” everything in its path if not well managed. Exercise, on the other hand, can help control the stress hormone cortisol, which plays a role in this “brushfire” cascade effect in the body.

5. Exercise can help improve our ability to think clearly and logically, as has been shown in studies examining its effects on cognitive function.

6. Exercise is a powerful protector against other diseases that can negatively affect the brain (such as high blood sugar levels associated with diabetes). So by keeping the rest of the body healthy, exercise minimizes collateral damage to the brain.

To begin with, it’s important to note the normal exercise regimen I have each week. Mine is fairly simple: I walk a lot. According to my Moves app, I walk an average of eight miles a day. I’m lucky that I live in a very walkable city (London) and also have the time to walk so much since I work from home and can keep my own hours. Matter of fact, one of the biggest reasons I love walking so much is because I find it really helps me to think and generate ideas.

Ask me to run, however, and you’ll see a look of sheer terror on my face. That’s why I wasn’t too excited about this first exercise regimen. But I did it. For seven days I ran 45 minutes a day. And after the first day or two, I found I actually enjoyed it (next-day aches aside). But more importantly, I found that immediately after my runs I would feel exceptionally clearheaded, and throughout the remainder of the day I felt like I had a focus that stuck with me even when I was sedentary. Not only that, the week I ran, I swear I was in a better mood because of it than I have been in in ages.

“I think this is a normal and expected effect of short-term exercise,” says Dr. Sukala, when I tell him what I experienced. “Exercise is a shock to the system of sorts and starts the body on a path to ‘remodeling’ itself to be healthier (changes in structure, physiology, and chemistry to the muscles, blood, bones, and organs). The immediate effects you felt were likely due to the short-term release of those feel-good endorphins that make the world a more beautiful place—at least in your mind!”

Without biopsying my brain, it would be impossible to tell if I experience any neurogenesis, but Dr. Sukala believes it’s unlikely or limited due to the relatively short amount of time (one week) I spent running. Still, neurogenesis or not, Dr. Sukala is a believer in the mental-health benefits of jogging for most people.

“If getting into jogging, start off with long walks and then gradually wean yourself onto jogging,” he advises. “This will allow soft tissue like tendons and ligaments to adapt slowly and minimize the risk of injury.”

The next week I undertook a weight training regimen, just as the rats did (though weights weren’t tied to me, thankfully). I completed 45-minute sessions four times during the week, including machines and free weights. And during and at the end of the week, the only mental change I noticed was that I was exhausted.

But that might have changed if I had kept up with weight training for longer, Dr. Sukala says. “Resistance training is known to improve mental health, but in your case it was probably too soon to see any benefits. You’d have to break past that first week and get into a regular habit to where it starts to feel good. At that point, you’re more likely to start to experience more mental benefits.”

For those that actually think they might like picking up and putting down the same heavy object repeatedly, Dr. Sukala says there’s a golden rule to follow before you start: Ease into it. “The easiest thing in the world is to do too much too soon, which will leave you crippled (which can discourage you). The problem is that when lifting weights for the first time, you don’t realize how much damage you’ve done to yourself until a couple days later, when delayed onset muscle soreness (DOMS) kicks in,” he says. “Find a type of weight training you like, gradually work up to higher weights and sets over time. Give your routine a chance to work, so don’t go changing it up every single workout.”

The final exercise regimen I completed was high-intensity interval training in week three. Each day I did 30 minutes consisting of sprinting for two minutes at a time, having a one-minute rest, then sprinting again, followed by “burpees,” sprinting, crunches, sprinting, push-ups, and sprinting. I get exhausted just rereading that, which is how I felt during the week as well. Not only did I dread doing these exercises each day, doing them actually put me in a bad mood. I also can’t say I noticed any mental health improvements—but maybe because the high-intensity interval training left me so worn out.

“You might have thrown yourself straight into an overtraining effect by doing too much too soon,” says Dr. Sukala. “I am an advocate of high-intensity interval training, but I do not support pummeling someone to a bloody pulp until they’ve slowly worked up to the higher training volumes.”

And though it could be unrelated, at the end of my high-intensity interval training week, I got the flu, which could have been the result of my body being so tired from overdoing it that it couldn’t fight off what it would normally be able to.

Still, my experience shouldn’t put people off high-intensity interval training, says Dr. Sukala. “The key is to start slowly and build up your fitness foundation to where you can tolerate the higher intensities. Soreness and chronic exhaustion can be mitigated by avoiding both overtraining (i.e., too much) and under-recovering (i.e., not enough rest between training days). I suggest doing high-intensity interval training at a gym that places high priority on these factors.”

Then again, I did the various exercise regimens for only a week each, where the rats did them for seven weeks. “With doing such a short time frame for each exercise, it was unlikely that you were going to experience any massive changes in that space of time,” Dr. Sukala says, but notes that there is evidence that people who regularly do long-term weight training and high-intensity interval training do experience mental health boosts over the long run.

“Every person is different, but many of the research studies that showed positive effects on mental health were generally longer in duration (i.e., at least a few months),” Dr. Sukala says. “There are immediate benefits to exercise associated with the release of endorphins and other chemical modulators in the body, but this will fade after exercise ceases. To get the best ‘bang for the buck,’ it’s important to exercise regularly over the long haul.”

As for you reading this, Dr. Sukala says you needn’t do all three types of exercise regimens to experience benefits—just pick the one that’s best for you. But which is that?

“Everyone is looking for the magic exercise type, but the reality is that the best exercise is the one you’re going to stick with on a regular basis,” he says. “Both cardiovascular and resistance training will have positive effects on brain health, but neither will do much good if you keep falling off the wagon.”