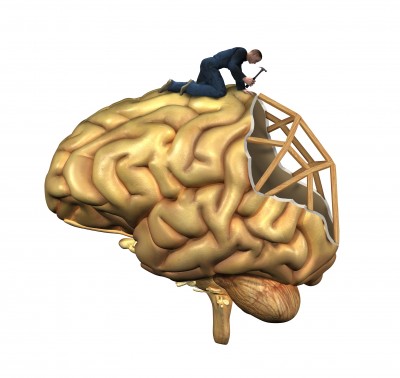 Without proper brain health we have little else…  If you find yourself misplacing things, forgetting names and faces, or even forgetting why you entered a room you need to learn and address those things that are robbing you of mental acuity.

Many health studies have shown that poor sleep is a major factor in cognitive decline and overall mental performance.

Healthy foods also benefit your mind, nourishing cells within your brains that allow for cognitive functioning — recalling information, learning and perceiving the world around you. Getting enough nutrients in your diet supports cognitive functioning, while nutrient deficiencies or a poor diet decrease cognition.

There are certain types of nutritional protocols that are proven to boost cognitive function.

The negative effects of stress on memory and other cognitive functions has been widely explored for decades in numerous research projects using a wide range of methodology.

Prolonged exposure to stress leads to loss of neurons, particularly in the hippocampus. The hippocampus is a small region of the brain that forms part of the limbic system. The limbic system is a complex set of structures that lies on both sides of the thalamus, just under the cerebrum.  It includes the hypothalamus, the hippocampus, the amygdala, and several other nearby areas.  That area is primarily responsible for our emotional life, and has a lot to do with the formation of memories.

Depression is usually linked to low levels of serotonin, a neurotransmitter connected to the arousal system. Concentration and focus are affected, impairing the ability to properly store new memories.

The available data suggest that there may be a continuum in which cognitive dysfunction can result from increased or decreased concentrations of thyroid hormones.

In hypothyroidism, the body lacks sufficient thyroid hormone, which regulates metabolism. The entire body, including the brain, is affected when metabolism runs too slowly. Cognitive problems are often an early warning sign of thyroid issues. Researchers are also investigating a possible connection, among women, between Alzheimer’s and too high (hyperthyroidism) or too low (hypothyroidism) amounts of the thyroid hormone thyrotropin. 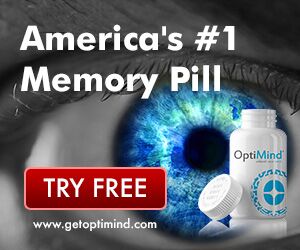 One of the largest studies ever conducted on the long-term effects of alcohol consumption suggests that heavy drinking is linked to significant cognitive decline in middle-aged men. The brains of women, however, seem to be protected against this toxic effect for reasons that aren’t clear.

Dr. Amen, a brain health expert, best-selling author and two-time board certified psychiatrist.,  has conducted more than 64,000 brain SPECT scans, which measure the blood flow and activity patterns in the brain. He said the worst brains he has ever seen, are those people who are alcohol and substance abusers.

Study results: Compared with never smokers, middle-aged male smokers experienced faster cognitive decline in global cognition and executive function. In ex-smokers with at least a 10-year cessation, there were no adverse effects on cognitive decline.

Benzodiazepines dampen activity in key parts of the brain, including those involved in the transfer of events from short-term to long-term memory.

These work just like the previously mentioned anti-anxiety Benzodiazepines in how they affect your brain. They can also cause amnesia and sometimes trigger dangerous or strange behaviors, such as cooking a meal or driving a car — with no recollection of the event upon awakening.

Statins interfere with substances important for memory formation such as cholesterol and coenzyme Q10 as well as a compounds called dolichols, which are biochemicals that transport genetic instructions from your DNA in order to help manufacture specific proteins.

Dolichols play an important role in cellular processes and influence all the hormones involved with your emotions and moods. If you don’t have sufficient dolichol, your entire process of neurohormone production will be altered in a way that could affect both your mood and your memory.

These drugs work by stemming the flow of pain signals within the central nervous system and by blunting one’s emotional reaction to pain. Both these actions are mediated by chemical messengers that are also involved in many aspects of cognition. So use of these drugs can interfere with long- and short-term memory, especially when used for extended periods of time.

Beta-blockers are thought to cause memory problems by interfering with (“blocking”) the action of key chemical messengers in the brain, including norepinephrine and epinephrine.

These medications (prescription and over-the-counter) inhibit the action of acetylcholine, a chemical messenger that mediates a wide range of functions in the body. In the brain, they inhibit activity in the memory and learning centers, which can lead to memory loss.

Recent studies and experiments suggest that exercise can substantially improve memory, although different types of exercise seem to affect the brain quite differently.

Factors outside our control

Genetic studies have been shown to influence certain aspects of brain activation.

About 70 percent of a person’s intelligence can be explained by their DNA – and those genetic influences only get stronger with age, according to new research from The University of Texas at Austin.

Luckily epigenetics is in play… We were born with blueprints; the question is how are we using our experiences to build upon our genetic makeup?

Your experiences during childhood built the cognitive framework that you are working with. If you read a lot your mental framework is different from someone who played a lot of sports.

We need to recognize our strengths and focus on our weaknesses.