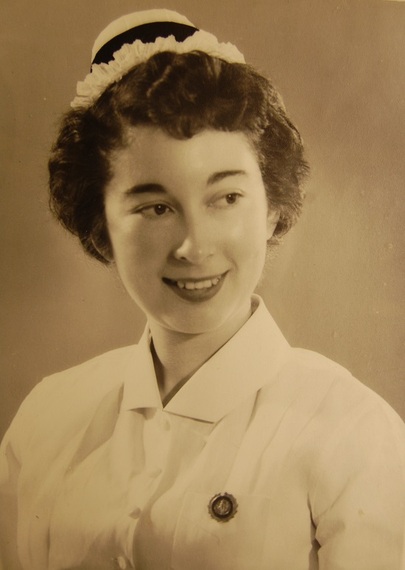 Taking care of a loved one with Alzheimer’s can have high emotional costs for the caregiver. This article from The Huffington Post highlights the golden rule that helps every Alzheimer’s caregiver to keep caregiver burnout at bay.

Trial and error as an Alzheimer’s caregiver taught me that it’s better to be patient than to be right. That golden rule and the two magic words “OK Mom” rescued my sanity on many a day as advancing Alzheimer’s tightened its grip on my mother Peg. This simple phrase frequently diffused the toxic mix of Alzheimer’s anger, confusion and frustration that Peg could neither understand nor control. Saying “OK Mom,” absent any judgment, lightened both of our moods and lifted some of the sadness I experienced in watching my mother battle a disease that has no cure.

In the early phases of Alzheimer’s, anger became Peg’s default emotion. I could only imagine how confused she must have felt as she struggled with her increasingly jumbled thought processes and her inability to comprehend the sudden death of my father Ed. The day after Ed’s funeral, my mother got it in her head that he was simply off doing an errand and would soon arrive home to take her to a mammogram appointment. This scenario occurred every day for weeks on end.

Peg had worked as a nurse at my father’s medical practice so she knew the importance of getting a regular mammogram. She liked to dress up and look her best for going out. For an hour or so before her “appointment” she bustled around the house to locate the proper pocketbook, her favorite jacket, and her signature spunky plaid hat. Once she settled on an outfit, Peg clutched her bag by her side and sat for hours looking out the window that faced the driveway, waiting for her Ed to come home. I could sometimes get her to put down her pocketbook long enough to eat a snack or sip some ginger ale. But whenever I encouraged her to take off her hat and coat, she launched into an angry tirade and gritted her teeth, informing me: “I have an appointment! Pa will be home shortly to take me!” This could happen at 8 am or 9 pm, but no matter the hour, Peg was vehemently determined not to miss her daily mammogram.

Perhaps this was Peg’s subconscious protecting her from the grief that her brain could not process after losing her spouse of nearly 60 years. Whatever the cause, it was futile to attempt to reason with her, explaining for instance that it was Sunday and the medical office was closed, or, heaven forbid, that my Dad’s ashes were buried in the graveyard nearby. At some point, my mother would take off her coat and focus on the television show I had turned on for her and the muffin I had left on her placemat. While Peg invented different renditions of the endless mammogram appointment, I discovered the two words that calmed her down and made my life infinitely easier: “OK Mom.” Even when she proudly announced she had a date with the young man next door, I responded with the only message that seemed to make sense to her: “OK Mom.”

Peg still set the table every day for Ed’s lunch for several months after he passed away. I tried to meet my mother wherever her reasoning took her, complimenting her on how nicely she set the table rather than challenging her on the reality that my father was never coming home. Disagreeing was pointless. I only corrected my mother when it was something that might have compromised her safety, like when she started to put an odd item in the microwave. Slowly I learned to resist the urge to dispute the complex realities so often distorted by Alzheimer’s. Admittedly, on some days I felt like pulling my hair out in frustration as I untangled my own emotions of heartbreak and exhaustion, that is until I reminded myself that patience was — by far — the kindest gift I could offer Peg.