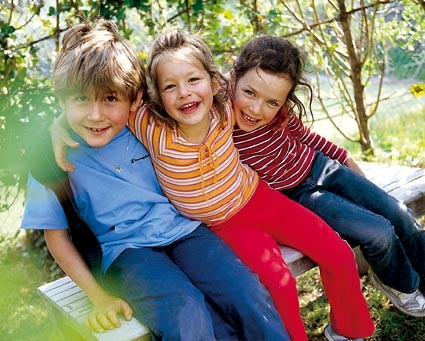 When it comes to our kids, we need to be just as meticulous about guarding and protecting their mental health as physical.

Violence, bullying, being disruptive or destructive; these are traits plainly seen on kids who have a penchant for them. The impact they have on their parents, siblings, classmates, teachers and others may be immeasurable, but is certainly visible. If you’re a parent of such a child you know that watching them inflict cruelty or act aggressively adds stress into the home and attracts unwanted attention. Of course, it also breaks your heart. Most of all, we cry out for a reason why and hope for an answer to come along with a curative.

Especially with so much recent attention to adults and young adults committing violent crimes, people are asking the hard questions. Are these violent outbursts a result of our neglect? Is society failing them? Can their potential be identified early and the individual given treatment? Is it possible to intervene and prevent destructive, even murderous behavior?

Until now, very little has been known about the inner-happenings connected to these behavioral traits. A report this month (May 2013) detailed a study on children with conduct problems (CP) to identify significant brain activity, or lack thereof, that may be associated with their behavior. What they found is important, though may not be shocking. What we’ve seen on the outside appears to have a distinct, measurable correlation on the inside.

Test groups of kids with CP were compared with controls to measure their neural responses to images of others in pain. Using an fMRI (functional magnetic resonance imaging) researchers took a good look at the brain areas associated with empathy. Kids with CP showed comparatively less brain activity in response. They simply weren’t sensitive to others’ plight, and experts believe this pattern of brain inactivity may be a vital neurobiological marker to predict risk for adult psychopathy.

The study doesn’t detail the cause of what they’ve dubbed “callous traits,” as in too much sugar or Yellow #5, the wrong TV shows and video games, but they do urge that this “marker” first of all be identified, and secondly, not be seen as a genetic destiny, but an “indicator of early vulnerability.”

Once the need is identified, interventions are known to be effective in increasing a child’s sensitivity and reversing aggressive or un-empathic behaviors.

A study in 2004 looked at kids with behavioral problems, specifically with oppositional defiant disorder (ODD). Test groups were assigned to one of several types of “training” interventions. Children with ODD received 6 months of intervention treatment with one of these trainer groups:

Results of their behaviors after the trial period were compared to a control group of kids with ODD receiving no intervention. They found that “all treatments resulted in significantly fewer conduct problems with mothers, teachers, and peers compared to controls.” Most improvement with response to fathers occurred with the parent intervention conditions, reinforcing the importance of parental involvement. Kids with treatment also showed better social skills when compared with the control.

Children weren’t the only ones affected. In addition, researchers found that parents were changed after being a part of the process. Whereas the child and child-teacher groups did see results, the parent treatments had the highest response in mom and dad, showing “less negative and more positive parenting for mothers and less negative parenting for fathers than in the control.” When parents were added to the teacher groups, the teachers were also more effective. This seems to point to some basic, primary factors in turning around conduct problems in kids; namely:

Specific methods have been studied and identified. In the book Interventions for Children With or At-Risk for Emotional and Behavioral Disorders, the authors list several empirically supported strategies. These were selected “based on the Chambless and Hollon criteria (1998), a standard that is generally accepted in the scientific community (APA Task Force on Psychological Intervention Guidelines, 1995).” In summary, they include:

More studies are underway to determine the biological markers and neurological effects of intervention treatments. In the meantime, the first key is to identify and acknowledge a potential risk factor, and take early steps to intervene.