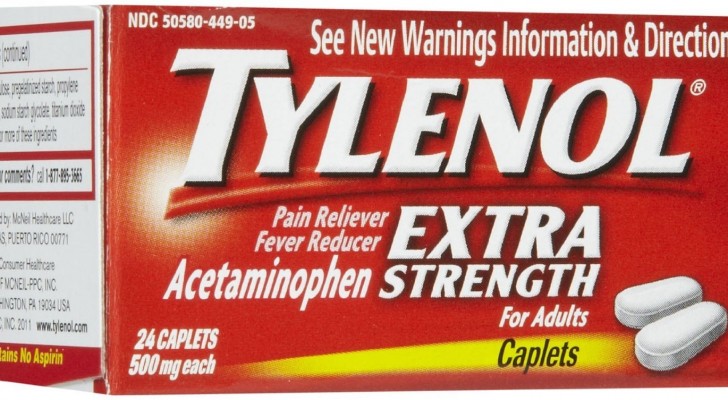 Researchers studying the commonly used pain reliever Tylenol found it has a previously unknown side effect: it blunts positive emotions too. This post from Collective-Evolution discusses the results of studies done on painkillers such as Tylenol.

Researchers from Ohio State University have discovered that the commonly used pain reliever, acetaminophen, has a previously unknown side effect: it kills positive emotions. In the study, participants who took acetaminophen reported feeling fewer strong emotions when they were shown very pleasant orvery disturbing photos, compared to those who took placebos. You might be thinking correlation doesn’t mean causation, but when you use the Bradford Hill criteria, and examine all of the other studies done regarding the psychological effects of over the counter pain killers, the picture becomes clearer. (source)(source)

Acetaminophen is the main ingredient in the commonly used pain reliever Tylenol and has been used for more than 70 years in the United States, but this marks the first time that this “side effect” has been documented. It’s the most common drug ingredient in the United States, found in more than 600 medicines, according to the Consumer Healthcare Products Association. (source)

“In all, rather than being labeled as merely a pain reliever, acetaminophen might be better described as an all-purpose emotion reliever… [and] it is apparent that using acetaminophen for the treatment of pain might have broader consequences than previously thought.” –  Geoffrey Durso, lead author of the study and a doctoral student in social psychology at The Ohio State University. (source)

Again, the conclusions of the study suggest that acetaminophen “has a general blunting effect on individuals’ evaluative and emotional processing, irrespective of negative or positive valence.”(source)

This is not the only research that has been conducted on acetaminophen’s effects beyond just mitigating physical pain. Studies have shown that it does indeed have some sort of psychological effect, and as Durso states, “this study takes those results one step further by showing that it also reduces how much users actually feel positive emotions.” (source)

The researchers also mentioned that:

“These results build on recent psychological research illustrating that acetaminophen can blunt the intensity with which individuals experience negative events that originate from physical, social, or cognitive sources (DeWall et al., 2015; DeWall et al., 2010; Randles et al., 2013). Further, these findings expand on the research to date to show that acetaminophen blunts positive evaluations in like fashion.” (source)

It’s also important to note here that the use of pain killers (like aspirin and ibuprofen) has been associated with heart failure risk. A review of 754 clinical trials( published in Lancet) found that pain killers (ibuprofen in particular) have been estimated to be a contributing factor in the deaths of thousands of people each year. According to the lead researcher of that review, long term use of these drugs caused thousands of heart attacks as well as sudden cardiac deaths that occurred between 1999-2003. In this case, the drug Vioxx was singled out. (source)(source)

“Meta-analyses of randomised trials and of observational studies have shown that coxibs and tNSAIDs are associated with an increased risk of cardiovascular disease and upper gastrointestinal complications.” (source)

“Long-term high-dose use of painkillers such as ibuprofen or diclofenac is ‘equally hazardous’ in terms of heart attack risk as use of the drug Vioxx, which was withdrawn due to its potential dangers.”(source)

This information is not to be taken lightly. These over the counter pain-killers are so common, and it’s become natural to just pop one anytime one has a headache, without ever being aware of the many side effects of doing so, both short and long term. The researchers of the study also emphasized this by stating:

“That a drug purported to relieve negative evaluations of pain also reduces positive evaluations of pleasant stimuli suggests the existence of a common evaluative psychological process that influences a wide range of thoughts and behaviors. This might mean, for instance, that certain methods designed to specifically alter individuals’ reactivity to negative stimuli (e.g., treatment of phobias) could, if too broadly applied, potentially change their sensitivity to emotionally evocative stimuli more generally, including positive events (e.g., causing them to feel less joy at a wedding). It is interesting that such diminished evaluation sensitivity could also presumably cause people to feel less conflicted, indecisive, or uncomfortable when they experience ambivalence toward individuals or experiences that elicit both negative and positive reactions (e.g., Priester & Petty, 1996; Rydell & Durso, 2012).” (source)(source)

As Sayer Ji from greenmedinfo.com  points out, given the fact that it took the FDA 32 years after its own expert panel told the agency in 1977 that it was “obligatory” to put on the warning label of Tylenol products that it caused “severe liver damage,” it’s doubtful that this information will be disseminated widely any time soon. (source)