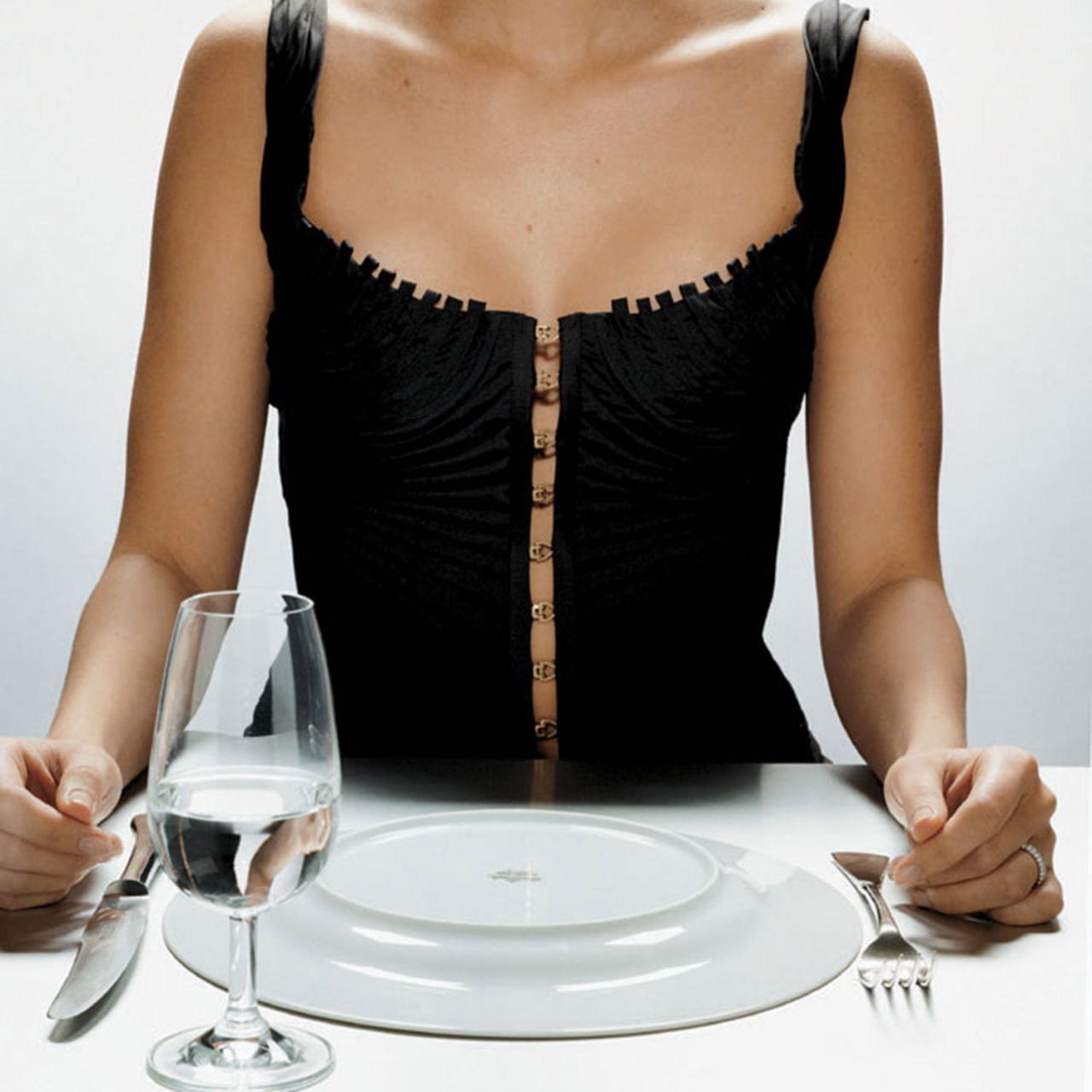 Many modern day foods that we eat commonly are highly toxic to human body, and the list is long. This post from Harper’s Bazaar has put together a list of 15 foods to avoid, most of them being highly processed foods containing toxic ingredients and food additives.

We know we should stay clear of hard-and-fast food but some foods can seriously mess with your health.

“It doesn’t mean you’ll get sick, get cancer, or die if you eat a dangerous food once,” says Nneka Leiba, deputy director of research at the Environmental Working Group (EWG), which catalogs studies on potential toxins found in specific brand-name foods and ranks their safety in a massive database. “But there are certain foods you should avoid as much as possible if you have a choice.”

The worst culprits are additives in highly processed foods. “We really don’t know what the long-term consequences of eating these science projects might be,” says Rachel Harvest, a registered dietitian affiliated with Tournesol Wellness in New York.

With that in mind, do your best to steer clear of the foods that scare Leiba, Harvest, and other registered dietitians:

1) American Cheese: “The reality is that American cheese is not ‘cheese’ at all,” says Beth Warren, a New York-based registered dietitian and the author of Living a Real Life With Real Food. Depending on the brand, “it’s a factory creation of a cheese-like food made from a blend of milk fats, solids, some whey protein, emulsifiers, and food coloring.” It’s high in sodium, and so high in fat that one regular slice more closely resembles high-fat meat than anything considered dairy, Warren adds.

2) Processed Meats Made With Nitrates or Nitrites: Step away from the deli counter. Processed meats in the U.S. such as ham, salami, hot dogs, and bacon aren’t just full of unhealthy fats. They can have up to 400 percent(!) more sodium and 50 percent more preservatives than unprocessed red meats. The worst part: Some contain nitrites and nitrates, chemical additives that have been linked to various cancers, but are still used to enhance color, promote taste, and prevent spoilage. These ingredients must be listed on food labels, so look out for them and opt for meats that don’t contain them.

3) Margarine: Because margarine is made from vegetable oils and has less cholesterol and saturated fat than butter, it’s long been considered the healthier option. But now that experts saydietary cholesterol isn’t as harmful they thought, margarine, which is high in salt and contains artery-clogging trans fats, isn’t looking quite so healthy. “Trans fat, like saturated fat, increases blood cholesterol levels and the risk of heart disease,” explains Melissa Rifkin, a registered dietitian at Montefiore Medical Center in New York and a Rise nutrition coach. Margarines sold in tubs tend to contain less trans fat than margarine sticks — the softer the spread, the better for you — but olive oil (or another source of monosaturated fat) is still a better bet. Real butter is a close second, according to Rifkin.

4) Regular Soda: Everyone knows that soda is Very Bad for your health. In case you missed the backstory: The average can contains about 10 teaspoons of sugar. When you consume that much, your body responds by creating excess insulin, which typically helps the body absorb sugar from the bloodstream and use it for energy. Over time, though, this over-the-top response can increase your risk of developing diabetes and some forms of cancer. If soda’s sugar content doesn’t still doesn’t scare you, its other ingredients might: The amount of caramel coloring you’d consume in one can of soda per day was recently linked to a 58 percent greater risk of cancer, according to a new study.

5) Diet Soda: While there’s no straight-up sugar in this stuff, there are artificial sweeteners, and they’re not necessarily any better. Not all artificial sweeteners are equally offensive. However, most have a more intense flavor than plain old sugar. Over time, the extra-sweet sweeteners can dull your senses to naturally sweet foods like fruits, Rifkin says. So yes, your Diet Coke could, theoretically, make a perfectly sweet apple taste worse.

Some other problems with drinking diet soda: It’s been linked to depression, tooth decay,heightened risk of strokes and heart attacks, pancreatic cancer, and premature birth. So, there’s that.

6) “Sugar-Free” Candies: Sweets that are specifically advertised as “sugar-free” tend to contain artificial sweeteners too. (See no. 5 above.) Also: The digestive system doesn’t do a great job at breaking down sugar substitutes and sugar alcohols, Harvest says. When you overdo it (and the threshold is different for everyone) you could incur some serious stomach pains.

7) Conventionally Grown Apples: While a recent study found that conventionally farmed produce isn’t nutritionally inferior to the stuff grown on organic farms, there’s no question that pesticides used to grow regular produce can damage the brain and nervous system, lead to cancer, disrupt your hormones, and lead to skin, eye, and lung irritation, according to dataassembled by the EWG. And pesticides tend to stick around on some fruits and veggies — even after you wash and peel them.

In an ideal world, you’d splurge on the organic versions of the most contaminated foods: Apples, peaches, nectarines, strawberries, grapes, celery, spinach, sweet bell peppers, cucumbers, cherry tomatoes, imported snap peas, potatoes, hot peppers, kale, and collard greens, according to the EWG’s most recent report. But most people don’t. If there’s one fruit to buy in the organic aisle, Rifkin says, make sure it’s apples: 99 percent of apples EWG tested contained the residue of at least one kind of pesticide.

That said, there’s one exception: When your only food options are a conventional apple or a processed snack like a bag of chips. In this case, Leiba says, the plain old apple is still your best bet.

8) Conventionally Raised Chicken and 9. Eggs: Some crazy shit goes down on non-organic farms, where chicken feed could include traces of caffeine, Tylenol, Benadryl, banned antibiotics, and arsenic, according to some reports. Now that McDonald’s and Costco are phasing out chicken raised with antibiotics, conventional-chicken suppliers are likely to shift toward safer and more natural practices. Eventually, this could make it easier to find (and afford) the safest poultry and eggs. Until then: Organic eggs and organic chicken (which may be less likely to carry salmonella, according to some research) really are your safest bets, Rifkin says.

10) Bread and 11) Crackers Made With Potassium Bromate: This chemical is used to help bread and cracker dough rise during the baking process — even though it’s been linked to certain cancers in animal studies and it’s banned in many other countries. That’s good enough reason for Leiba to recommend against eating it. Look for the ingredient on baked good labels or ask about it at the bakery where you buy *fAnCy~* freshly made breads — then choose a potassium-bromate-free option, when you can.

12) Microwave Popcorn: “It’s not healthy eating out of a bag anymore,” Rifkin says. Microwave popcorn bags, in particular, are often lined with a chemical called perfluorooctane sulfonic acid (PFOS), which has been shown to affect fertility, cancer risk, and kidney functioning in animal and some human studies. Because microwave popcorn bags aren’t labeled “toxic,” it’s best to avoid them altogether. Another thing: Some brands of microwave popcorn add unhealthy trans fats to their products, and vaguely list “artificial flavors” or “natural flavors” on their labels — so there’s no way to know exactly what’s in there, Warren warns. In the worst case scenarios, the recipe could contain MSG, which can cause headaches or nausea, or diacetyl butter flavoring, which may cause respiratory damage when inhaled. (Air popped, anyone?)

13) Corn Tortillas and 14) Muffins Made With Propylparaben: This common cosmetic ingredient is also used to preserve corn tortillas and muffins. (Just check the product’s label: If it contains the chemical, it will be listed as an ingredient.) Because the chemical acts like estrogen, it can throw your system out of whack — potentially messing with your fertility and accelerating the growth of breast cancer cells, according to some research. Unfortunately there aren’t a ton of studies done on cumulative exposure, so researchers don’t know whether your penchant for tacosand propylparaben containing lotions could compound your risk, says Leiba, who tends to dodge such foods and products (just in case).

15) Any Packaged Food With More Than Two Ingredients You Can’t ID. Like “butylated hydroxyanisole” (BHA) and “butylated hydroxytoluene” (BHT). These ingredients are antioxidants used as preservatives in foods like chips, preserved meats, and cereals. BHA is an endocrine disruptor: High doses can affect the size of your ovaries and their ability to produce certain hormones, Leiba explains. BHT is no angel either: Animal studies link the ingredient to motor skill issues and lung and liver tumors. While ingredients can affect animals and humans differently, you might not want to be the guinea pig, Leiba says. “It’s in your best interest to limit these chemicals as much as possible.”

Source: 15 Foods You Should Never Eat — Foods to Eliminate from Your Diet