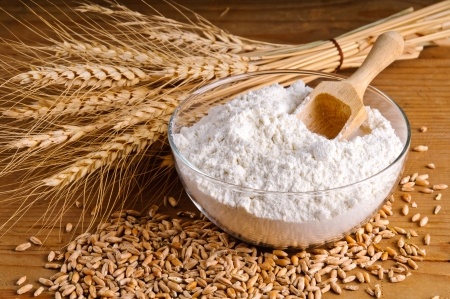 Just like the rest of the world, wheat makes up a substantial part of our diet in the US. Although it is one of the most consumed grains worldwide, government-supported dietary guidelines in the USA as well as Europe have taken the initiative to advice individuals on the adequate amounts to consume each day. This is because wheat products contain anti-nutrients such as wheat lectin and wheat gluten, which can cause many health challenges and even disease.

But is there a difference between the wheat grown in US, Europe and the rest of the world? I was wondering the same as every time I was going to Ukraine, I would eat a lot of wheat products but would never have any bloating or other digestive issues come up. In US, on the other hand, I usually try to stay away from wheat products.

Cases of gluten intolerance and celiac disease in the US have become far too frequent and many people are going gluten free. Surprisingly, a few of my friends that have problems with gluten can easily eat pasta in Italy during a vacation without any issues. So what can be causing this? Many scientists are concluding that the issue is in what happen to wheat in US.

What is happening to our wheat?

In a novel study, researchers at the Mayo Clinic tested blood samples taken from 9,133 young Air Force recruits in the 1950s and found that about 1 in 700 had undiagnosed celiac disease at that time. Tests on subjects exactly the same age now found that the rate was nearly five times as high today.

“Human genes haven’t changed that much, so there has to be something pervasive in the environment that is making this disease more common,” says Joseph Murray, a Mayo gastroenterologist who led the study, published in the journal Gastroenterology last year. It may be that people are more susceptible because we are eating much more wheat today???or that wheat is being processed or cultivated differently.

There were three original varieties of wheat available to Neolithic man, and now there’s over 25,000 varieties (mostly over the past 30 years), thanks to hybridization and genetic tinkering.

The usual United States wheat harvest protocol involves drenching the field with several days of Roundup before combine-harvesters come to the picture, which allows for an earlier, easier and bigger yield. To keep the wheat ready and intact, pre-harvest Roundup herbicide application happens containing glyphosate (the deadly active ingredient). The ingredient has been used since the 80s and convention wheat farmers apply it as a drying agent seven to ten days before harvest.

Dr. Stephanie Seneff did an in-depth study on the same issue and concluded that using glyphosate to desiccate nonorganic wheat crops immediately before harvest is the main reason for wheat contamination. Research from the US Department of Agriculture shows that as of 2012, 61% winter wheat, 97% spring wheat and 99% durum wheat has been treated with the herbicides, which is a notable increase compared to 1998. 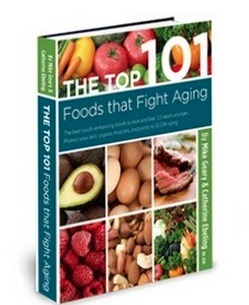 Keith Lewis, a wheat farmer for 50 yrs further shared that herbicide Roundup has been popular all his farming life. A wheat field often ripens unevenly and that is why glyphosate is preferred because it kills the wheat plant which evens the green allowing for early harvest. Although desiccation using Roundup is not licensed, farmers still practice leaving the consumers with the risk of consuming the deadly traces of glyphosate.

If untreated, these symptoms can lead to more serious complications such as:

It is a fact that not all wheat farmers engage in this disturbing Roundup practice. According to Seth Woodland, a Roundup protester and also a wheat farmer, farmers using the pre-harvest herbicides should stop! In Europe, state governments in the Netherlands and France have taken the important initiative of completely banning the use of Roundup and hopefully one day United States will follow too.

The current view of glyphosate – according to herbicide industry – is that the active ingredient is minimally toxic to humans and mammals. But this is nothing close to the truth; even if it doesn’t kill immediately, glyphosate’s proven inhibition of Cytochrome P450 enzymes is lethal to mammals. What Roundup does is that it extensively disrupts beneficial bacteria from functioning normally in the gut contributing to the intestinal wall becoming permeable including consequent expression due to autoimmune-disease symptoms.

That said, it is wise that consumers, mostly in the US, to avoid conventional wheat judging by the rising cases of celiac disease as well as gluten intolerance. Stay safe.