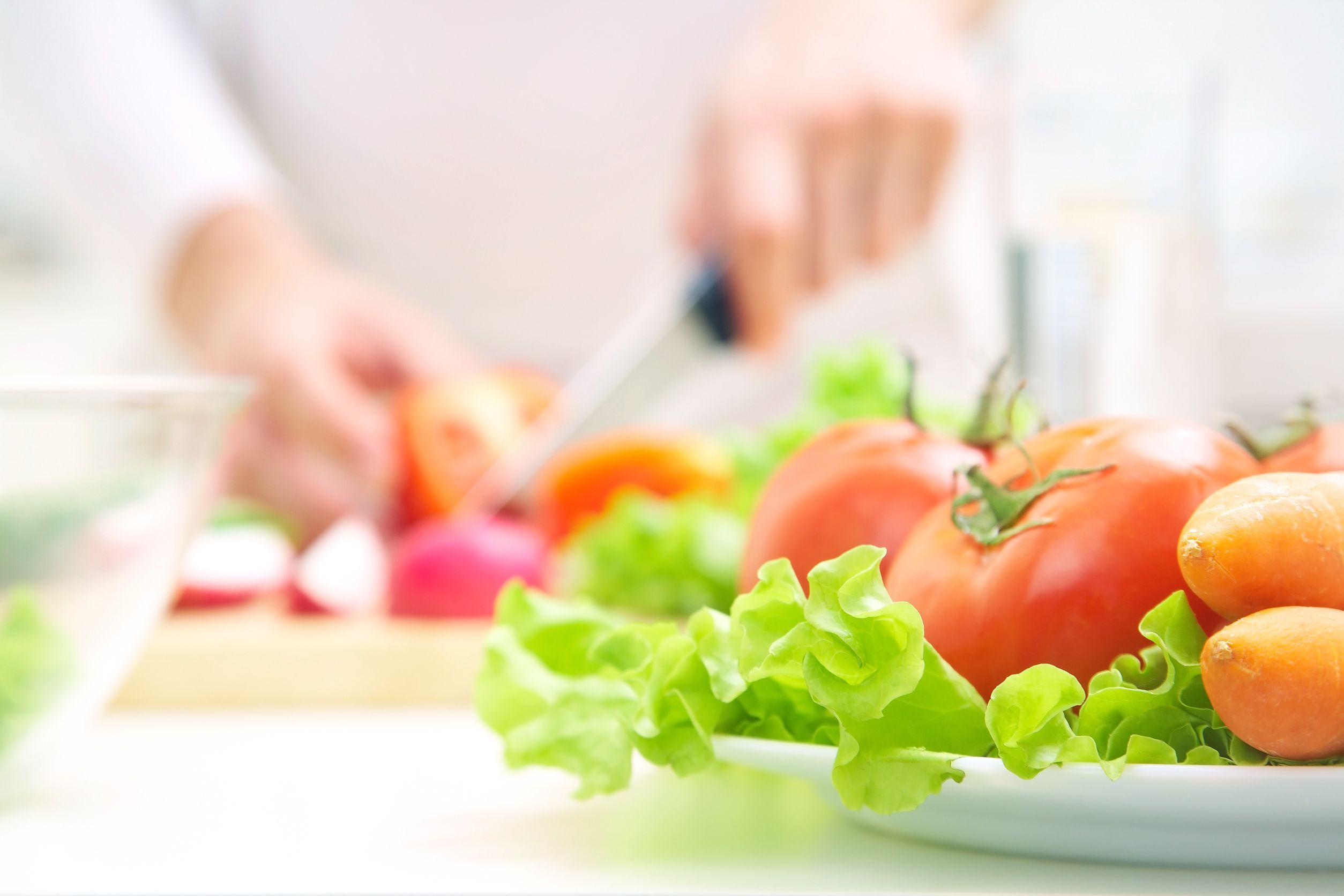 Peanut butter and jelly. Soup and salad. Spaghetti and meatballs. There are a few classic pairings that will never go out of style. But some food duos do more than just excite your taste buds—they could even boost your health. It’s a concept called “food synergy.” While eating a variety of nutrient-rich foods is key for helping your body stay healthy, the idea is that some foods can interact in ways to provide even more value. So stick to eating your favorite superfoods, but know that serving these 11 combos could pack a more powerful punch of nutrition.

Black beans are a good source of iron. Thing is, the iron in plant foods, known as non-heme iron, isn’t as readily absorbed as the iron you’ll find in meat.

“Just 2 to 20 percent of the iron in plant foods makes its way from your digestive tract into your blood, compared to 15 to 35 percent from heme animal-based iron,” said Cynthia Sass, RD, MPH, Health’s contributing nutrition editor and author of “Slim Down Now: Shed Pounds and Inches with Real Food, Real Fast”

RELATED: These 16 Foods Are Your Best Source Of Vitamin C

The piperine in black pepper works with more than one food. You may have heard turmeric called the healing spice. That’s because it packs a powerful antioxidant, curcumin, which has anti-inflammatory, antiseptic, and antibacterial agents, said Melissa Rifkin, RD, a bariatric dietitian at Montefiore Medical Center in New York City. Thing is, curcumin gets metabolized quickly before it can be fully absorbed.

“If you pair the turmeric with the piperine, it improves the bioavailability of curcumin by 1000 times,” Rifkin said. Her ideal food pairing: Prepare a chicken dish that’s made with turmeric and add a little black pepper.

“It regulates blood clotting in our bodies and it also may be helpful for bone health,” said Keri Gans, RD, author of The Small Change Diet: 10 Steps to a Thinner and Healthier You.

Vitamin K is a fat-soluble vitamin, meaning it’s best absorbed in a meal that contains fat. That’s where the olive oil comes in. It mostly containsmonounsaturated fats, which are thought to help lower your risk of heart disease. Prep these two by lightly sautéing the veggies in olive oil, Gans said. You’ll boost your intake of vitamin K and keep your heart happy too.

Another veggie chockfull of vitamin K is kale, but the superfood is also a good source of vitamin E, an antioxidant that boosts our immune systems and protects against cancer and heart disease.

“Some research suggests it could also be good for healthy skin,” Gans said.

RELATED: 16 Ancient Superfoods You MUST Know About

But like vitamin K, vitamin E is fat-soluble, so you’ll need a nutritious source of fat to increase its absorption. Almonds make a good partner for the veggie as the nut is full of monounsaturated fat. And pairing the two couldn’t be easier. Gans suggested topping a kale salad with slivered almonds. Bonus: “Almonds have both vitamin E and are a healthy fat, so it’s a win-win,” Gans said.

Like beans, the iron and zinc you find in whole grains have low bioavailability, meaning they get metabolized faster than your body can absorb them.

But research shows that sulfur-rich foods, such as garlic and onion, could make whole grains even more nutritious. A 2010 study in the Journal of Agricultural and Food Chemistry found that the addition of garlic and onion to cooked or raw food grains enhanced the accessibility of iron and zinc in both cases. Pair the two by baking onions or garlic right into bread, Sass said, or try adding a generous serving of onions to your sandwich.

You already know that olive oil is a heart-healthy fat shown to boost “good” HDL cholesterol and lower “bad” LDL cholesterol that can clog your arteries. When paired with tomatoes, though, it has even more superpowers. A 2000 study in Free Radical Biology and Medicine had people consume tomato products with extra-virgin olive oil or sunflower oil. Researchers found that olive oil raised the antioxidant activity of the lycopene in tomatoes, while no effect was seen with the sunflower oil.

“There are numerous delicious combinations, including bruschetta, roasted red pepper pesto, or simply sautéing tomatoes in olive oil with garlic and herbs to toss with lean protein and a small portion of whole grain pasta,” Sass said.

To get the most out of your calcium intake, consuming enough vitamin D is key.

“Vitamin D helps absorb calcium from the GI tract into the blood and helps maintain a normal calcium level in the blood,” Sass said.

The National Institutes of Health recommends adult women get at least 2000 IU of vitamin D daily. Bare skin exposed to sunlight triggers vitamin D production in your body, but you can also get it by eating certain foods, including salmon. Sass suggested grilling the fish over a bed of sautéed collard greens, which just happen to be rich in bone-boosting calcium.

When combined, these two appear to have some impressive cancer-fighting powers. In a 2007 study for Cancer Research, over five months rats were fed varying diets of either broccoli, tomatoes, or both foods. Researchers then tested how effective the different diet combinations were in slowing down the growth of prostate tumor implants. They found that diets containing 10 percent tomato and 10 percent broccoli caused a 52 percent decrease in tumor weights, whereas the diet with just tomatoes saw a 34 percent decrease and the diet with just broccoli had a 42 percent decrease.

“You could toss steamed broccoli with sundried tomato pesto,” Sass suggested. “Or sauté the florets and tomatoes in olive oil with seasoning.”

Forget adding honey to green tea. Research shows you may be better off sprinkling in some black pepper. Green tea already has a special antioxidant called EGCG, which is thought to boost metabolism and protect against cancer. But the key chemical in black pepper, known as piperine, could make EGCG work even more efficiently. In a 2004 study for The Journal of Nutrition, researchers injected mice with either a combination of EGCG and piperine or EGCG alone. They found that piperine increased the absorption of EGCG, so it wasn’t broken down as quickly in the blood stream. Don’t want your tea to have a spicy kick? Use the pair to soak meat or seafood.

This pairing won’t just satisfy your sweet tooth. Together, dark chocolate and apples have the potential to improve cardiovascular health, Rifkin says. In their skins, apples—red delicious especially—contain the flavonoid quercetin, which acts like an anti-inflammatory. On the other hand, the cocoa in dark chocolate is rich in catechins, an antioxidant that helps prevent the hardening of arteries, Rifkin said.

“When paired, they have been shown to help break up blood clots,” Rifkin said.

Garlic is one way to make your fish more flavorful. Together, the two foods may also work to decrease your risk of heart disease. A 1997 study in The American Journal of Nutrition tested the effects of the pair on men with high cholesterol. In the groups who consumed 900 milligrams of garlic and 12 grams of fish oil, total cholesterol levels and LDL levels decreased by 12.2 percent and 9.5 percent respectively. That’s great news since too much cholesterol can clog up your blood vessels and impair blood flow. It’s possible combining both garlic and salmon in a meal may offer similar benefits. Next time, try cooking up your fish with a little garlic, Rifkin suggested.