How Can A Couple Drops Of This Powerful Superfood Give You More Energy, Clear Thinking, And Slow The Aging Process?

Check out the interview below with nutritionist Shawn Stevenson and the man behind Oceans Alive, Ian Clark and find out!

Special offer for BeWellBuzz readers:
Get 10% Off Marine Phytoplankton for a limited time!
Use “bewellbuzz” coupon code at checkout. 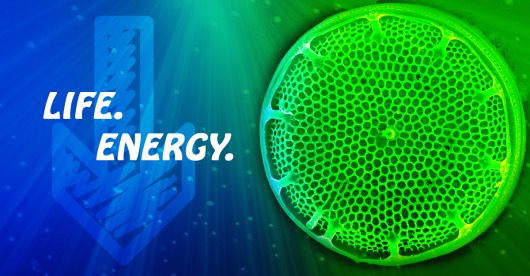 Marine Phytoplankton is a unique super-nutrient from the ocean that provides the body with an increase in residual energy that builds up significantly when it is ingested on a daily basis.

Recent research conducted by Richard Cutler at the Gerontology Research Center, at the National Institutes of Health, showed that individual animals and animal species, that produced higher levels of a particular enzyme — lived longer than those with lower levels.

According to this top anti-aging science, people who live the longest produce the highest levels of something called “SOD”.

SOD – or “superoxide dismutase” – is an internally-produced antioxidant-enzyme that ensures your survival.

It’s basically a super antioxidant up to 3,500 times STRONGER than vitamin C that helps protect your cells against oxidation from aging and toxins…

The equation is simple

This recently discovered patent-pending process, formulated in Spain, has demonstrated to be the world’s highest-containing SOD source, in a novel functional food – a naturally enhanced heirloom marine phytoplankton.

After a reported two-years of process perfection, the result is now what is said to be the most potent, nutrient dense marine phytoplankton we have ever had access to on planet Earth.

Not only does it pose a revolutionary breakthrough in cellular health and DNA repair, but also this new advanced formula contains up to SEVEN HUNDRED TIMES the SOD — of any living food on Earth!

A team of European doctors, microbiologists and botanists spent many years and millions of dollars researching 40,000 species of marine phytoplankton in the ocean to determine the best species in each category to use for bio-fuel, aqua culture, exotic fish food and ultimately human consumption.

Special offer for BeWellBuzz readers:
Get 10% Off Marine Phytoplankton for a limited time!
Use “bewellbuzz” coupon code at checkout.