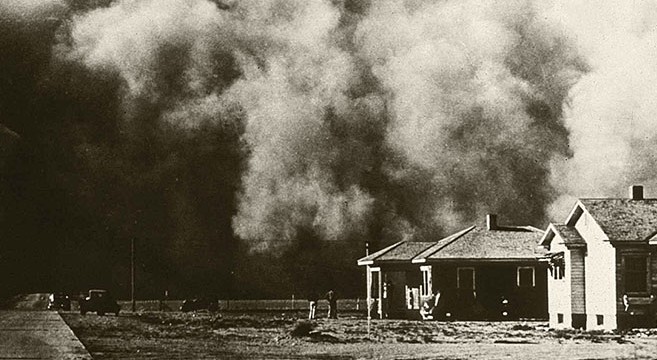 The imminent California water crisis, predicted by NASA, is likely to hurt the agricultural community as well as the average citizens. This post from FEEL Guide reviews the possible reasons for the looming crisis and how it could lead to abandoned farms and perhaps abandoned cities too.

Last week when NASA announced that California is on its death bed and has only 12 months of water left, the news hit like a punch to the gut. “Data from NASA satellites show that the total amount of water stored in the Sacramento and San Joaquin river basins — that is, all of the snow, river and reservoir water, water in soils and groundwater combined — was 34 million acre-feet below normal in 2014. That loss is nearly 1.5 times the capacity of Lake Mead, America’s largest reservoir,” writes Jay Famiglietti of NASA.

Famiglietti adds: “Statewide, we’ve been dropping more than 12 million acre-feet of total water yearly since 2011. Roughly two-thirds of these losses are attributable to groundwater pumping for agricultural irrigation in the Central Valley. Farmers have little choice but to pump more groundwater during droughts, especially when their surface water allocations have been slashed 80% to 100%. But these pumping rates are excessive and unsustainable. Wells are running dry. In some areas of the Central Valley, the land is sinking by one foot or more per year.”

Tensions are high in the state, and small conflicts are breaking out as people are beginning to steal water from others. Caroline Stanley of Refinery 29 writes: “As Tom McKay points out, the water crisis will likely have the biggest impact on the state’s agricultural community — which currently accounts for a whopping 80% of its water usage. (According toCarolee Krieger, president and executive director of the California Water Impact Network, the almond crop alone uses enough water to supply 75 percent of the state’s population.) But, recently, your average citizens are feeling it, too. People in the Bay Area are actually stealing water from their neighbors.”

So what will happen when California turns into a dust bowl? Will the beauty and rich fabric of California’s cultural historyevaporate as well? SF Weekly put together a list of the top 51 reasons why California is America’s greatest state, and you can read them HERE. BuzzFeed also points out the 32 reasons why California is the most beautiful place in the world and you can read them at BuzzFeed.com as well. And what about the amazing culture of spirituality, peace, tolerance, ingenuity, and love that permeates the Golden State — would we lose that too?

From another perspective, the North American food supply will also suffer a devastating blow because the state’s agricultural production zone is smack dab in the middle of the drought’s most severely hit area. And not only will California’s farming industry come to a screeching halt — the little water that is left will be so filled with toxins and pollutants that it will be undrinkable for local residents. Mother Jones put together an eye-opening set of infographics which paint a disturbing picture, and you can study them below.

Mother Jones also points out that the lifeblood groundwater Californians are surviving on is 20,000 years old. Tom Knudson writes: “Such water is not just old. It’s prehistoric. It is older than the earliest pyramids on the Nile, older than the world’s oldest tree, the bristlecone pine. It was swirling down rivers and streams 15,000 to 20,000 years ago when humans were crossing the Bering Strait from Asia. Tapping such water is more than a scientific curiosity. It is one more sign that some parts of California are living beyond nature’s means, with implications that could ripple into the next century and beyond as climate change turns the region warmer and robs moisture from the sky. ‘What I see going on is a future disaster. You are removing water that’s been there a long, long time. And it will probably take a long time to replace it. We are mining water that cannot be readily replaced,’ said Vance Kennedy, a 91-year-old retired research hydrologist in the Central Valley.”

The California water crisis is reminiscent of The Dust Bowl, also known as the Dirty Thirties — “a period of severe dust storms that greatly damaged the ecology and agriculture of the US and Canadian prairies during the 1930s” (Wikipedia). “Severe drought and a failure to apply dryland farming methods to prevent wind erosion (the Aeolian processes) caused the phenomenon. The drought came in three waves, 1934, 1936, and 1939–40, but some regions of the high plains experienced drought conditions for as many as eight years. With insufficient understanding of the ecology of the plains, farmers had conducted extensive deep plowing of the virgin topsoil of the Great Plains during the previous decade; this had displaced the native, deep-rooted grasses that normally trapped soil and moisture even during periods of drought and high winds. The rapid mechanization of farm equipment, especially small gasoline tractors, and widespread use of the combine harvester contributed to farmers’ decisions to convert arid grassland (much of which received no more than 10 inches (250 mm) of precipitation per year) to cultivated cropland.” 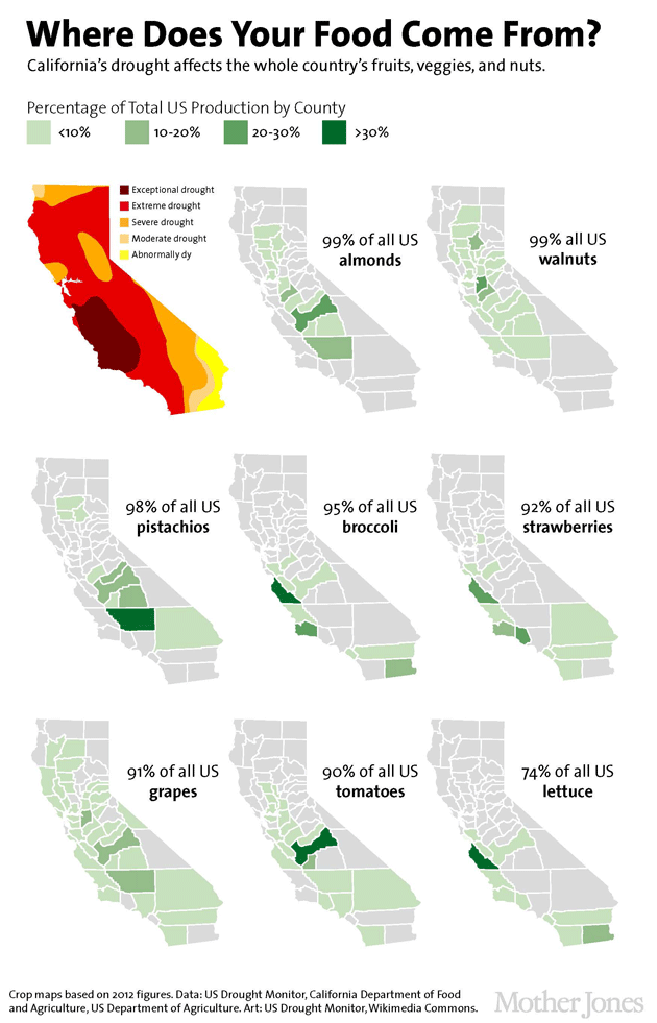 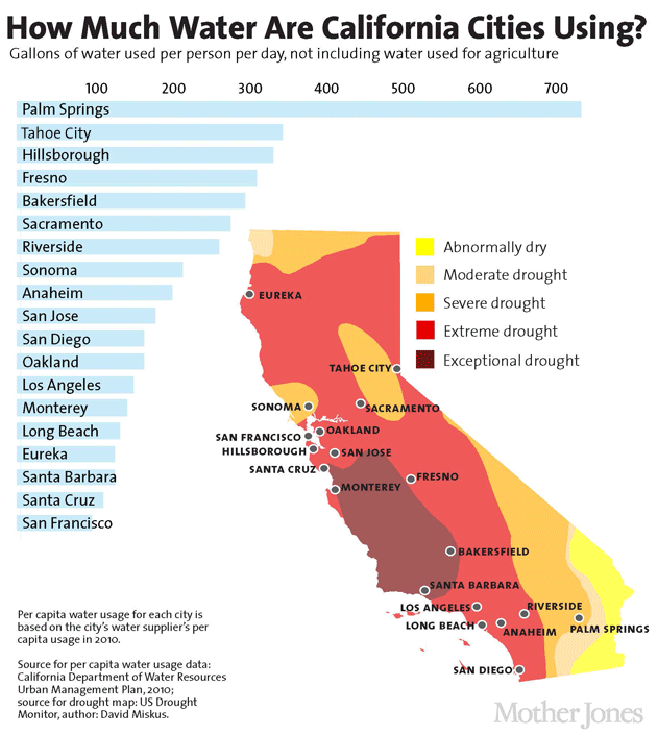 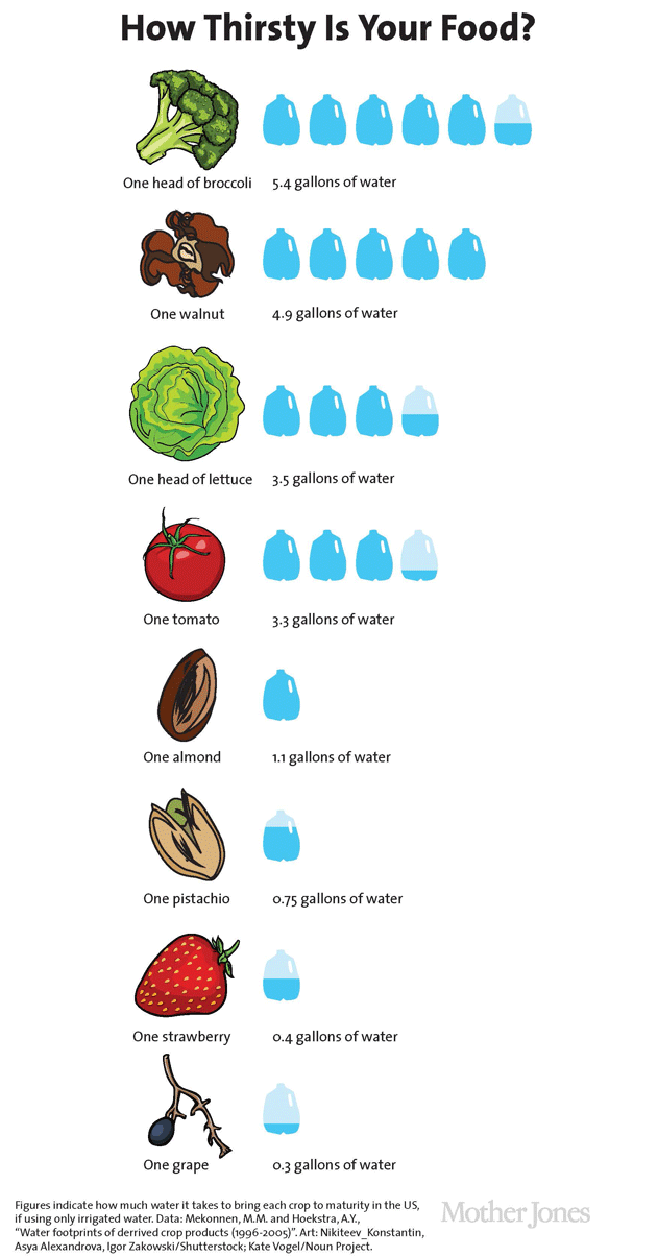 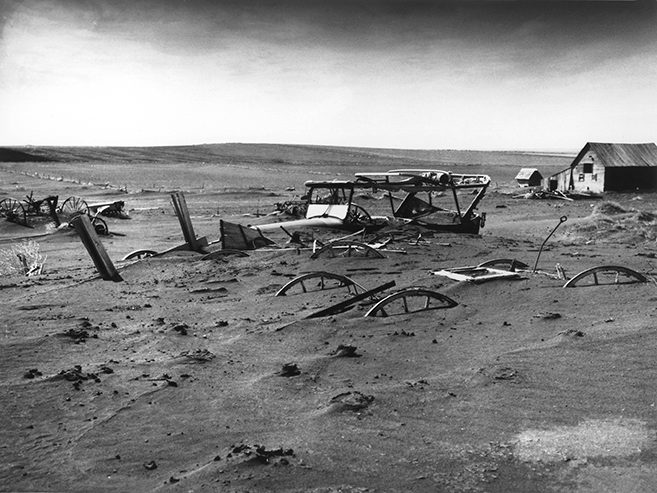 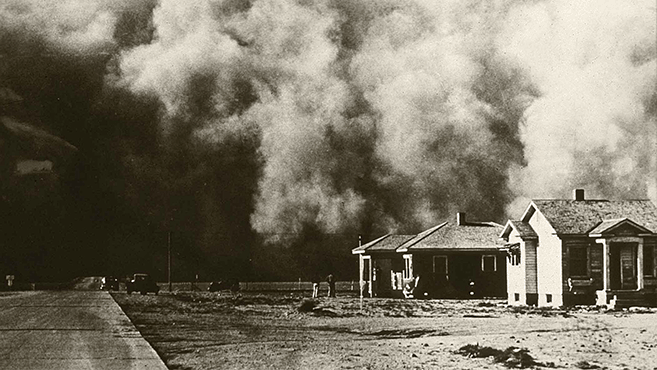 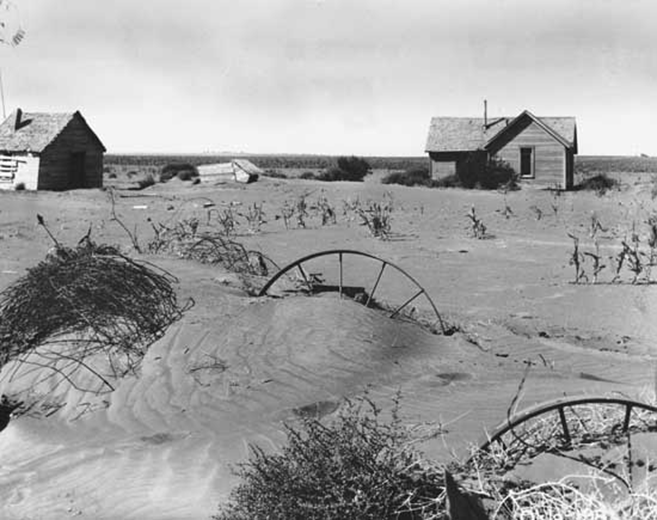 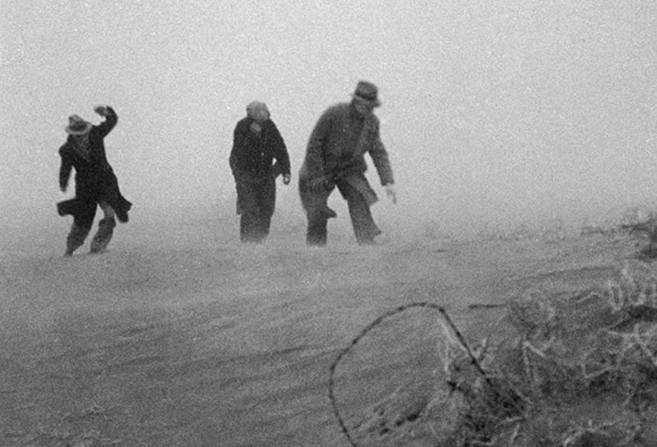 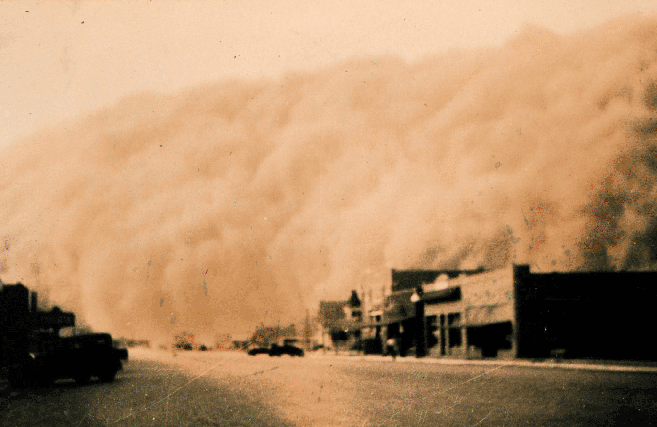 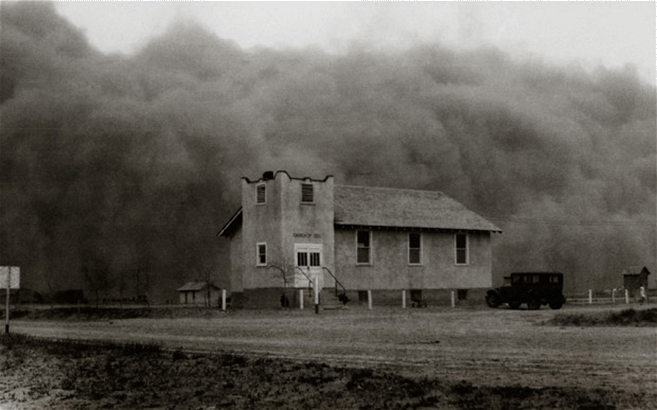 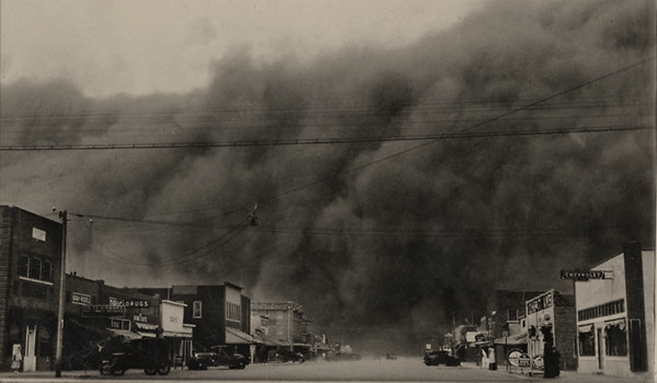