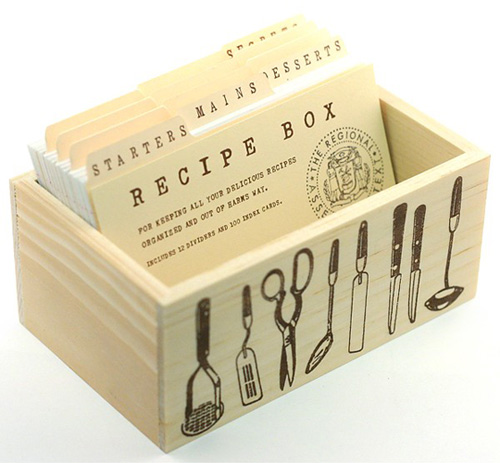 Ever felt like you wanted to try making something new for your family but stuck with millions of recipes to choose from without guarantee that the dish will be delicious. Check out the best cookbooks that will satisfy any foodie.

These awesome cookbooks will teach, inspire, and make you hungry for more.

1. The A.O.C. Cookbook by Suzanne Goin

A.O.C. has all the beauty of an art book while managing to be practical enough for a diligent home cook to actually use. Goin’s elegant Los Angeles restaurant of the same name is part wine bar, and the wine and cheese notes she includes make this a perfect primer for setting up a solid dinner party game plan any month of the year. She groups main ingredients—fish, salads, meat, vegetables, and dessert—by season, so you know when it makes sense to eat Veal Saltimbocca (spring) or Grilled Quail with Couscous (fall). The House-Smoked Black Cod with Endive, Persimmon, and Lemon Cream is something to make right now, every day, for the rest of your life.

Admittedly, there’s probably not one recipe in here you can actually make. The ingredients that Atala, one of the most innovative chefs in the world, forages for in the rainforest and catches in the Amazon’s waters are hard to come by even when you live in Brazil. So D.O.M. is not so much a cookbook as it is a fascinating exploration of the flavors that appeal to the human palate – wherever you live. Take for instance, suáva ants, which have been used by the Tucano people as a spice for centuries. They taste something like ginger and lemongrass. Atala serves them crawling on cubes of pineapple, a dish that simultaneously shocks and makes perfect sense.

3. L.A. Son: My Life, My City, My Food by Roy Choi with Tien Nguyen and Natasha Phan

L.A. Son is a frenetic and foul-mouthed cookbook for unapologetic outsiders. That’s Choi’s story, the son of new arrivals from South Korea who scrape their way to success just as Choi hits his messed up teen years. Choi looks back with penitent nostalgia: The dehydrated octopus his mom made that embarrassed him, the pungent kimchi that stunk up his clothes, and the dumplings he had to stuff for the family restaurant for hours on end, he now recognizes as the foundation for his cooking. So much changes when you finally grow up—and completely reinvent L.A.’s food scene. Choi includes recipes for Korean fried chicken and short-rib tacos, the messy, exuberant, and totally weird food that made him and his food truck, stars.

4. A Work In Progress: Notes on Food, Cooking and Creativity by Rene Redzepi

At the end of 2010, Redzepi’s Noma earned its first title as world’s best restaurant. With the overwhelming accolades came crippling pressure, which Redzepi took to chronicling in a secret journal. How do you continue to create when everyone tells you not to change a thing? Redzepi tries to figure it out in the three books that make up A Work In Progress – a journal, a collection of snapshots, and recipes from his test kitchen. The pleasure of reading this work comes not from the final recipes but in understanding how they come about. As you trace Redzepi’s inner monologue, you share the anguish as he loses his creative drive and the elation as he finds it again.

In the center of Portland’s burgeoning food scene is Toro Bravo, a Spanish-inspired restaurant with a crazy loyal fan base. This book offers a glimpse into what keeps drawing crowds. It’s the people, like Gorham, who was born to a drug-adled, teen mom and escaped every summer to his granddad’s crab shack, where he learned the joy of food; and it’s the recipes (chorizo!), of course. But it’s also the oddities – the book dedicates pages to staff tattoos and step-by-step instructions on MacGyvering a fridge – that really bare this place’s soul.

Coi is a genre-busting cookbook/memoir/photo essay/treatise/rant/ode that’s too beautiful to splatter with oil. You read it on the couch or in bed—away from the kitchen. I know this book well (full disclosure, I read every draft), and the book took shape in the same way that Patterson creates his dishes—meticulously and thoughtfully with bursts of dazzling brilliance that make his food and this book unlike anything else out there. Patterson is as talented a writer as he is a cook, and the story of each dish is really insight into the mind of a chef, what inspires and forms the layers of ingredients. You come to understand that the meaning behind a dish of perfectly aged duck, wheatberries, and the tender tips of redwood branches is just as complex as how it was cooked and at least as poetic as what it tastes like.

7. Levant: Recipes and Memories from the Middle East by Anissa Helou

This collection of recipes come from Helou’s childhood in Beirut and Syria but is really an ambitious survey of the staple dishes of the Levant, the diverse region of the eastern Mediterranean and the Middle East. It’s a book of personal memories as well as a record of disappearing traditions, from buying ingredients daily in the souks and handmaking breads and sweets. The book has no photos – they were stolen along with the photographer’s laptop – but her publishers were right to trust Helou’s words would be enough to show the splendor of the food.

In most American kitchens, cooking vegetables is still an afterthought, a side dish to assuage guilt. Deborah Madison, the founding chef of San Francisco’s vegetarian institution Greens, offers a compelling approach to bringing vegetables back as the main act. She meticulously lays out how to grow, harvest, and cook every vegetable you can find in your local market, farmer’s or otherwise. Take the lowly rutabaga. Madison offers an easy and fool-proof method: peel, boil, and lavish with cream, nutmeg, caraway, and herbs. Or maybe add some bacon for smokiness. Madison loves vegetables enough to know when to add a little meat.

“I’ve begun to think of it (affectionately) as Serious BS,” Medrich riffed on her blog right before this book’s release, but this treatise on cooking with chocolate is the real deal. It is a serious remake of Bittersweet, the already groundbreaking book she wrote ten years ago when most of the chocolate out there was still milk chocolate. To account for the variations in the amount of cacao in a given bar of chocolate, Medrich includes multiple variations of her brownies, mousse, truffles, and so on, so that you learn how to use ingredients like a pro. Medrich should know. She introduced Americans to chocolate truffles back in the 1970s.

Part field guide, part cookbook, this is 300 pages on marine algae, those mysterious vegetables of the sea that are responsible for producing 90% of earth’s oxygen and sustaining coastal dwellers in Asia and marine animals alike. The book at times veers towards the clinical, Mouritsen is a biophysicist after all, but he also includes interesting details from his treks to remote corners to see where obscure varieties are harvested. The recipes range from basic (seaweed tea) to haute (ice cream with red seaweed dulse) from big name chefs as well as unnamed regular folk. This is a book for cooks who catalog the scientific names of their ingredients.

11. The New California Wine: A Guide to the Producers by Jon Bonné.

In many ways, this is a book about what Bonné, San Francisco Chronicle’s wine editor, doesn’t like—namely big flavor wines, fruity, jammy reds, and oaky whites—in other words, signature California wines. Bonné traces the rise of California wines from the 1960s through what he’s sees as its spiritual decline. Fortunately, he says, a new wave of winemakers are focused on making good wine again, or at least, the kind of wine he’s interested in. Clearly, The New California Wine is opinionated, but it’s also instructive. In the end Bonne just wants you to go out and taste, so you know what you actually like. He provides a thoughtful buying guide that introduces the best producers of each variety. It’s a great introduction that reminds us that wine is highly personal—and most California chardonnay a travesty.

Can a Jewish kid from suburban Long Island make great ramen? Ivan Orkin seems to have proven yes. Orkin’s years of pursuing the perfect bowl of ramen in his eponymous Tokyo noodle shop made him a fixture on Japanese TV and the muse for an instant-noodle brand. He had an easy hook – a white guy serving up noodles, but it says something that even after the novelty died, the lines didn’t. In between an engrossing narrative on his struggles to the top, he divulges the master recipe for his trademark shio ramen, twelve components each with their own multi-step recipe, which in all takes up more than 40 pages. So the question now becomes, can you make great ramen?

Kitchen Things is a museum in black and white photos of the cooking tools of yesteryear, from hard-to-clean spiral whisks to cutters of anything that can possibly be cut. Our docents are Snodgrass and his reluctant wife Marty. Taking in a new found object, Marty says unimpressed, “It’s another kind of knife sharpener.” Exactly, her husband says, “It’s another kind of knife sharpener.” Snodgrass is a collector who treasures his found objects, carefully documenting every item’s provenance. He reprints the index cards from the recipe boxes of wives dating back to the ’30s. One comes from the kitchen of Libby White, a schoolteacher from western Pennsylvania. On Sept. 17, 1979, she served “Frank Curry Bake,” noodles and hot dogs in curry sauce. This is a book on how far we’ve come.