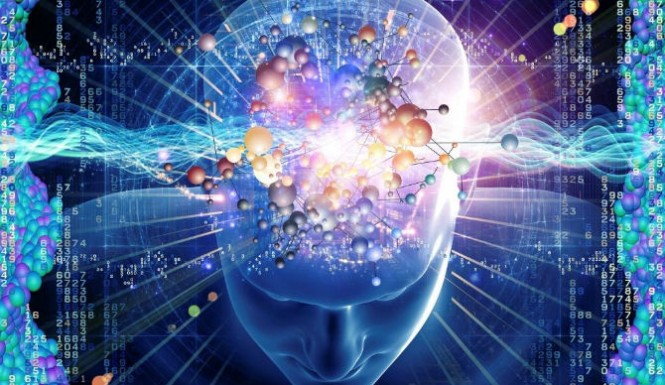 Will science be able to explain the erstwhile elusive concepts of consciousness and human soul? In this great article by Patrick Faye, a Quantum Theory of Consciousness called ‘Orch OR’ claims that both science and religion are true.

Has the human soul been found by science? A controversial quantum theory of consciousness called “Orch OR” (which stands for “orchestrated objective reduction”) recently had a review, and the scientists supporting this idea are claiming the recent discovery of quantum vibrations in “microtubules” inside brain neurons corroborates their beliefs.

In a related report by the Inquisitr, Stephen Hawking fears the Terminator movies may actually come true, but to this day, the “lowly” human brain still beats out supercomputers on multiple fronts. Louis Del Monte, the author of The Artificial Intelligence Revolution, also believes an AI singularity event will occur by 2045, but so far, computer AI can’t even pass the Turing test.

In most religions, the totality of being human is divided into three parts; mind, soul, and body. Christianity, Judaism, Islam, and other religions typically equate the mind to the physical human brain, which works in conjunction with an immaterial human soul. What has had philosophers and scientists arguing for thousands of years is exactly how this process functions from a mechanical viewpoint. When it comes to the philosophy of the mind, dualism and physicalism have competed for the beliefs of scientists, with the latter claiming that all which exists in our world, including consciousness, is physical.

On the side of physicalism, some scientists claim the soul or consciousness can be reduced to mere computations conducted within the neural networks in the human brain, which means all consciousness can be explained by algorithms. Other scientists believe believe that quantum processes attributed to the human soul work in partnership with the observable neurological processes to produce the experience of human consciousness, although one is not completely dependent on the other to function. Essentially, these scientists claim the human brain is a quantum computer, and the informational state of qubits are influenced by the human soul.

One such scientist is Stuart Hameroff, Professor Emeritus at the Department of Anesthesiology and Psychology and the Director of the Center for Consciousness Studies at the University of Arizona. He and Sir Roger Penrose, mathematical physicist at the Mathematical Institute and Wadham College and University of Oxford, believe overall brain function derives from quantum level microtubule vibrations.

“The origin of consciousness reflects our place in the universe, the nature of our existence. Did consciousness evolve from complex computations among brain neurons, as most scientists assert? Or has consciousness, in some sense, been here all along, as spiritual approaches maintain?” ask Hameroff and Penrose in the current review, according to Science Daily. “This opens a potential Pandora’s Box, but our theory accommodates both these views, suggesting consciousness derives from quantum vibrations in microtubules, protein polymers inside brain neurons, which both govern neuronal and synaptic function, and connect brain processes to self-organizing processes in the fine scale, ‘proto-conscious’ quantum structure of reality.”

In other words, they believe they’ve found scientific evidence for the human soul. They claim six testable prediction published in 1998 have been fulfilled, and none have been falsified. As an example, they cite the “recent discovery of warm temperature quantum vibrations in microtubules inside brain neurons,” which is a big deal since man-made quantum computers typically require icy conditions in order to function at all. In addition, they point to research which “suggests that anesthesia, which selectively erases consciousness while sparing non-conscious brain activities, acts via microtubules in brain neurons.” From a practical medical perspective, they also believe “treating brain microtubule vibrations could benefit a host of mental, neurological, and cognitive conditions.”

From a religious perspective, Hameroff believes their Orch OR theory could also account for near death experiences, out of body experiences, and even the afterlife.

“The connection to space–time geometry also raises the intriguing possibility that Orch OR allows consciousness apart from the brain and body, distributed and entangled in space–time geometry,” Hameroff says according to Popular Mechanics. When he spoke to the Huffington Post he also claimed, “It’s possible that the quantum information can can exist outside the body, perhaps indefinitely, as a soul.”

Skeptics have long attributed near death experiences to physical phenomena such as the brain being deprive of oxygen, not the human soul or any interaction with God or the afterlife. To put these claims in perspective, last year, even Skeptic magazine’s Michael Shermer wrote about a possible after-death communication from his grandfather-in-law. Other skeptics also tend to be committed materialists until they have their own experience.

One such skeptic was Dr. Eben Alexander, a neurosurgeon, whose neurons in his cerebral cortex were stunned to complete inactivity for seven days during a near-fatal bout of meningitis.

“I had always believed there were good scientific explanations for the heavenly out-of-body journeys described by those who narrowly escaped death,” says Alexander in a Newsweek article. “In the fall of 2008,… I experienced something so profound that it gave me a scientific reason to believe in consciousness after death…. It exists, and what I saw and learned there has placed me quite literally in a new world: a world where we are much more than our brains and bodies, and where death is not the end of consciousness but rather a chapter in a vast, and incalculably positive, journey.”

Many Christians have come forward in recent years claiming to have experienced heaven and met God. Of course, Hameroff’s personal beliefs are very much different from traditional religions in regards to the nature of the human soul. He believes “consciousness, or its immediate precursor proto-consciousness, has been in the universe all along, perhaps from the Big Bang.”

What do you think about this quantum theory of consciousness? Do you think science will be able to prove the existence of the human soul?