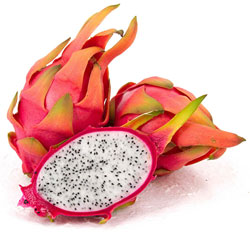 Most superfoods end up as fads, and like fads in fashion and music they rarely remain on top of the popularity chart for too long. This post from The Standard puts together a list of five superfoods that have withstood the test of time.

Trends in health, fitness, diet and nutrition are a dime a dozen. As a society, we’ve collectively done crossfit, perspired through spin class, walked 10,000 steps a day, practiced portion control, detoxed, juiced and gone through infused water therapy. Some of these fads have come and gone, while some remain persistent.

One of the most enduring of which is the consumption of so-called “superfoods,” a group of natural food items supposedly with insane health benefits, so much so that they’re “super.” Since the introduction of the superfood concept a few years ago, a lot of different fruits, vegetables, seeds and other foodstuffs have been inducted into the category. Along the way, others have been thrown out because their touted health benefits have been discredited. Still others simply lose their novelty and are replaced with – again, supposedly – healthier or more exotic options.

Today’s superfood landscape is evidently different from the one from, say, two or three years ago, confirming the belief that it is indeed dictated by trends and new discoveries. Here, we’re listing down five of the most popular superfoods that the worlds of nutrition and culinary arts are obsessed with. 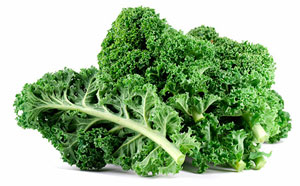 Usual leafy greens don’t cut it anymore when kale broke into the mainstream. This member of the cabbage family is claimed to be one of the most nutrient-dense foods in the world with more than 100 percent RDA of vitamins A, K and C, as well as generous doses of powerful antioxidants. Often used in tandem with quinoa, the pair make for a very trendy couple.

Resembling a flame, the exotic-looking cactus fruit is served at juice bars as a one-stop health shot. Proponents say it’s a cancer-fighting food due to the presence of polyphenols on its peel. This isn’t scientifically backed as of yet because research on its cancer-inhibiting properties are still in its preliminary stages. 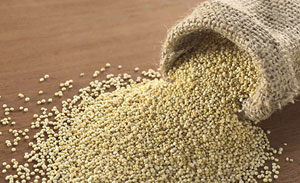 BBC Good Food describes the “fashionable grain-like crop” as a “complete protein and fantastic wheat-free alternative.” Over the last 12 months, it has made its way to many high-end menus, getting the reputation of being a rich man’s food. Its low gluten content has also made it a hit among people with celiac disease and those jumping on the gluten-free bandwagon. 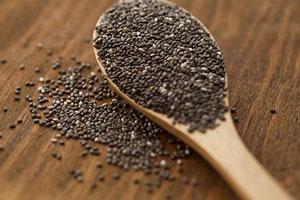 This seed isn’t just for Chia Pets anymore. A lot of articles online recommend a gazillion ways to incorporate the healthy chia seeds into recipes. Indeed, its dried version packs a lot of fiber, vitamins and minerals. It is said to aid in weight loss, helps lower the risk of heart disease and type-2 diabetes, and functions the same way as sports drinks. 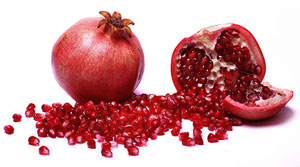 The fruit has “been cherished for their exquisite beauty, flavor, color, and health benefits for centuries,” according to the Pomegranate Council. Yes, that actually exists. As a new superfood, it is currently being studied for its various health potentials, such as in prostate cancer, diabetes, coronary artery disease, aging, memory, pregnancy complications and osteoporosis, among many others.

Source: The 5 trendiest ‘superfoods’ – The Standard