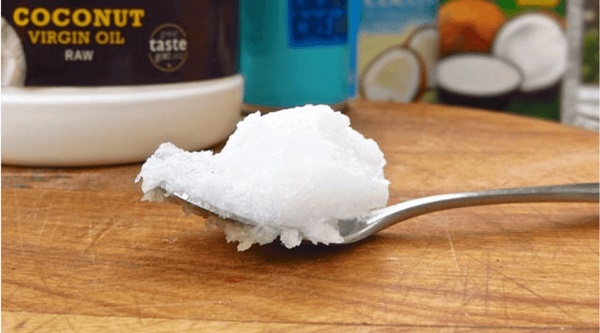 If you still believe saturated fat is bad bad for you and that all calories are created equal, check out how coconut oil defies this logic to help you lose belly fat. This post from Healthy Cures clears the air on how coconut oil, despite being high in saturated fat and calories, can lead you to a flat belly.

Coconut oil is one of the only foods you could legitimately call a “superfood.” Coconut oil is also of the most controversial foods on the market right now.

There are 3 types of people you meet when you mention coconut oil:

In this article I will prove to you why you should eat at least 2 Tbsp. of coconut oil every day to lose weight, boost your health, and feel amazing.

The different types of foods we eat can have a huge effect on our hormones and metabolic health.

Coconut oil is more thermogenic, compared to other foods and fats. This means eating it tends to increase energy expenditure. In other words, eat more coconut oil to burn more calories.

In order to lose weight 2 things need to happen:

First, you need to be in a calorie deficit, which doesn’t necessarily mean you need to eat fewer calories and exercise more. It means you need to eat foods that boost your metabolism, no suppress it, so you can nourish your body AND set the stage to free the trapped fat to be burned by your muscles.

The second thing that needs to happen to effortlessly lose weight is hormonal balance. This means maintaining healthy organs, specifically your liver and thyroid.

Coconut oil not only helps your body burn MORE calories than it takes in (assuming you’re eating high quality foods), but it protects your liver, so your thyroid can function at a higher level.

You’ve probably read about anti-inflammatory foods and how they help reduce free radical production in the body, which keeps your cells healthy by preventing or slowing oxidative stress/damage.

Well coconut oil, not only tops the list of anti-inflammatory foods, but check out its other healing superpowers:

Imagine how your health, immunity, and ability to burn fat would increase if you chose to eat just TWO tablespoons of this superfood?

It may sound strange that coconut oil, a fat, can help control blood sugar and insulin levels, since coconut oil has no direct impact on blood sugar levels.

But the indirect effect is where the magic happens.

Doctors and nutritionists typically recommend that diabetics follow a diet low in fat, low in refined sugar and high in other carbohydrates.

They must have skipped or glanced over the fact that coconut oil helps glucose enter your cell, slowing and reducing insulin levels in the blood.

Or the part about how it’s important to eat balanced meals that contain all food types, and it’s especially important to choose high quality fats like coconut oil.

The healthy fat in coconut oil plays an essential role in regulating blood sugar: it slows the digestive process to ensure a steady, even stream of energy from your food by lowering the overall glycemic index of your meal. When you include coconut oil in a meal with carbohydrates, the carbs are broken down into glucose more slowly, so blood sugar levels remain steady even after you eat.

Here’s the KEY takeaway: Oils that consist mainly of long-chain fatty acids may actually decrease cells’ ability to absorb blood sugar, which could cause or exacerbate insulin resistance and diabetes.

Populations who eat coconut oil are some of the healthiest on the planet, and it’s no surprise that they have the have the strongest hearts.

A study on Polynesians who consume over 60% of their total calories from coconut were shown to be in superb health with no evidence of heart disease. (Read study here)

Another population, in Papea New Guinea who thrive on coconut oil and other coconut foods show no signs of stroke or heart attacks. (Read study here)

Yet, the United States has seen a significant rise in heart disease, strokes, high cholesterol, and more….for the past 60 years. Ironically, around the time saturated fat was named Enemy #1.

Unlike polyunsaturated fatty acid oils, coconut oil does not oxidize when exposed to oxygen, light, or heat, so it doesn’t cause arterial damage as shown by the role of oxidative stress on your arteries (here)

If you have a history of heart disease in your family, switching to coconut oil will have an immediate positive impact on your health and well-being.

If you head to the Mayoclinic or Webmd  you’ll find NOTHING positive about coconut oil, especially when it comes to its ability to boost thyroid levels and metabolic rate.

But, if you’re anything like me, you’ve been questioning WHY: 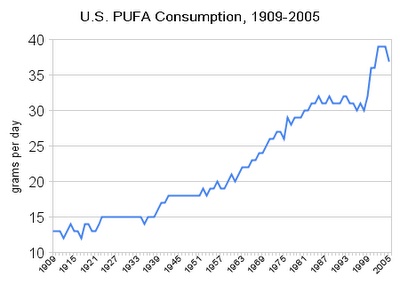 There are many published studies on the relationship between coconut oil, metabolism and thyroid. Research shows that coconut oil contains unique fatty acids that stimulate metabolism, supply the body with tremendous energy, and promote weight loss.

Most people are unaware that hypothyroidism is an autoimmune disease and this is one of the main reasons why conventional pharmaceutical treatments are ineffective. Taking replacement thyroid hormones without addressing the underlying immune imbalance is like trying to change the type of oil in your engine with the hope that your transmission will stop failing…useless.

In order to truly address thyroid problems you need to reduce INFLAMMATION, because inflammation decreases the conversion of T4 to T3. T4 is the inactive form of thyroid hormone. The body has to convert it to the active T3 form before it can be used.

In a new study, published in the American Society for Microbiology’s journal Sphere, researchers found that coconut oil can fight a bloodstream infection caused by the Candida albicans fungus, according to The Medical Daily.

Symptoms of candida overgrowth are:

It’s estimated by recent research from Rice University shows that 70 percent of all people are affected by Candida, a systemic fungal infection.

I know, it’s hard to believe you could have a fungus growing throughout your body.

If you have an overgrowth of Candida, it could be the very reason you don’t optimal and you can’t seem to sleep well, lose weight, or reduce your stress.

Given the 6 previous reasons you should eat coconut every day, it’s no surprise that coconut oil can help you burn stubborn belly fat.

That may or may not make any sense to you, but it’s the truth most women don’t want to hear.

If you like hearing things like that, then you’re in luck, because coconut oil CAN and WILL provide you with a flat belly.

A study in 40 women with abdominal obesity, supplementing with coconut oil per day lead to a significant reduction in both BMI and waist circumference in a period of 12 weeks (read study here)

I want to be perfectly clear, a flat belly won’t magically appear overnight after your first days, weeks, or maybe even months after starting your daily coconut oil habit.

The things that are most worth it, take time.

It’s a universal truth, when you avoid short cuts and really work for something and really enjoy the process, you will not only receive what you want, but you’ll hold onto it.

Your answer will determine your habits.

See you in the coconut oil aisles!

Source: This is What Happens to Belly Fat and Blood Sugar When You Eat 2 TBSP of Coconut Oil | Healthy Cures