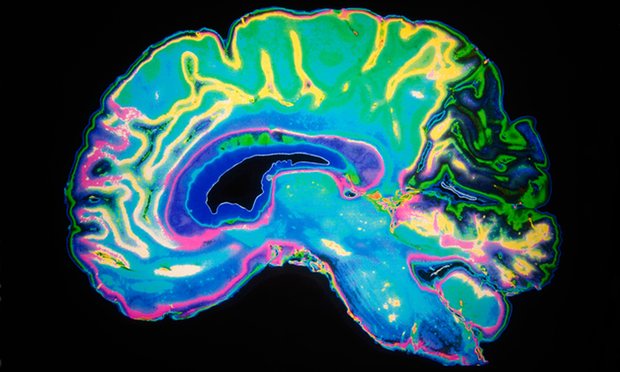 With greater understanding of genetics and characteristics of diseases, biologic drugs are emerging as a cutting-edge Alzheimer’s treatment. This post from The Guardian highlights how the treatments for cancers and Alzheimer’s are on the verge of a breakthrough.

The practice of medicine can be hit-and-miss: however good a drug is, it is unlikely to work well on everybody with that condition, whether it’s breast cancer or depression. But new treatments are emerging that are more able to respond to the particular characteristics a disease takes in an individual and that may, in the next 10 to 20 years, transform the way people are treated.

While we can’t say for certain what drugs will be on the market in the next decade or so, basic research can provide some clues. In the treatment of cancer, basic research is focused on targeted therapies – treatments directed at the characteristics of a particular tumour, such as gene mutations or particular proteins. Tommy Dolan, director of Pfizer’s research and development site at Sandwich, says: “What we’re now seeing is things like ovarian cancer getting segmented into many different types of disease, and what that’s allowed us to do is target specific treatments with specific sub-segments of the cancer population.”

A lot of work is being carried out in the area of immunotherapeutic, or biologic, drugs. Traditional chemotherapy works by killing cancer cells, but also damages healthy cells. Immunotherapies, derived from the cells of living organisms, help the body fight off the cancer itself. Ginny Acha, executive director for research, medical and innovation at the Association of the British Pharmaceutical Industry, says: “You’re getting your body to recognise that that disease is a problem and let its own immune system deal with it.”

Susan Galbraith, senior vice-president and head of the oncology innovative medicines group at AstraZeneca, says that immunotherapies are already starting to replace chemotherapy as the principal treatment in melanoma, and says that data shows they may have the potential to be used in lung cancer.

Galbraith is working on DNA damage response agents, which target enzymes that repair damaged DNA. AstraZeneca’s drug Olaparib inhibits a protein involved in DNA repair. “In cancer cells that have already got a loss of one of the repair mechanisms, if you then inhibit a second repair mechanism, it means that the cell gets so much damage that it can’t survive,” she says. “The other beauty of this is that the remaining cells in the body have got the normal repair mechanism still intact.”

Olaparib acts against cancers in people who have the hereditary BRCA1 or BRCA2 gene mutations. While these are relatively rare, Galbraith says that about 40% of patients with common cancers have a deficiency in a gene involved in DNA repair, and so a drug such as Olaparib potentially has a much wider application.

Biologic drugs are also breaking new ground in the treatment of diseases where options have historically been limited. In autoimmune diseases such as rheumatoid arthritis, they can inhibit the components of the immune system that drive inflammation, a key feature of the disease.

Treatment for asthma has advanced very little in the past half century – but biologic drugs hold out hope here too. GSK’s new asthma drug, Nucala, is a monoclonal antibody (which means that the drug uses copies of a single antibody) that reduces lung inflammation in patients who have a high number of eosinophils, a type of white blood cell.

Paul-Peter Tak, senior vice president and head of immuno-inflammation R&D (research and development) at GSK, explains: “It’s a form of personalised medicine, which makes it much more attractive, because you can identify subsets of patients who are more likely to respond to Nucala based on their eosinophils count in their peripheral blood.” This type of treatment will become more common, says Tak: “We are more and more focused on trying to change the course of the disease rather than merely treating signs and symptoms.”

The treatment of Alzheimer’s may also be on the verge of a breakthrough, as a result of developments in immunotherapeutic drugs. Alzheimer’s is characterised by the formation of amyloid plaques on the brain. John Hardy, professor of neuroscience at University College London, says that anti-amyloid drugs, which use antibodies to attack amyloids, are currently in phase 3 trials. Early stage trials are also underway of non-biologic drugs that prevent amyloid formation. “If any of those work, the field will feel that we have really turned the corner,” he says.

A greater understanding of genetics and the mapping of the human genome are driving the development of drugs that can treat rare genetic diseases. “There are about 7,000 rare diseases, and about 80% of those have a genetic component. A significant number are monogenic, in other words there’s one gene displaced that causes you to have the condition,” says Dolan. If we can correct the displacement of that single gene, he adds, then there is potential for a cure.

Epigenetics – the science of why some genes are switched “on” or “off” – provides another avenue for exploration, says Tak. Drug companies are now looking at how to modify the epigenetic process in some diseases, particularly auto-immune diseases.

In the next decade or so, we can expect to see more medicines that are precisely targeted and take into account genetic makeup, lifestyle and epigenetic influences – as well as the nature of individual diseases. As Dolan says: “There’s a much greater understanding of the molecular mechanisms and pathways of disease and we’re still uncovering many secrets.”

Source: Treatments for cancers and Alzheimer’s on the verge of a breakthrough | Healthcare Professionals Network | The Guardian