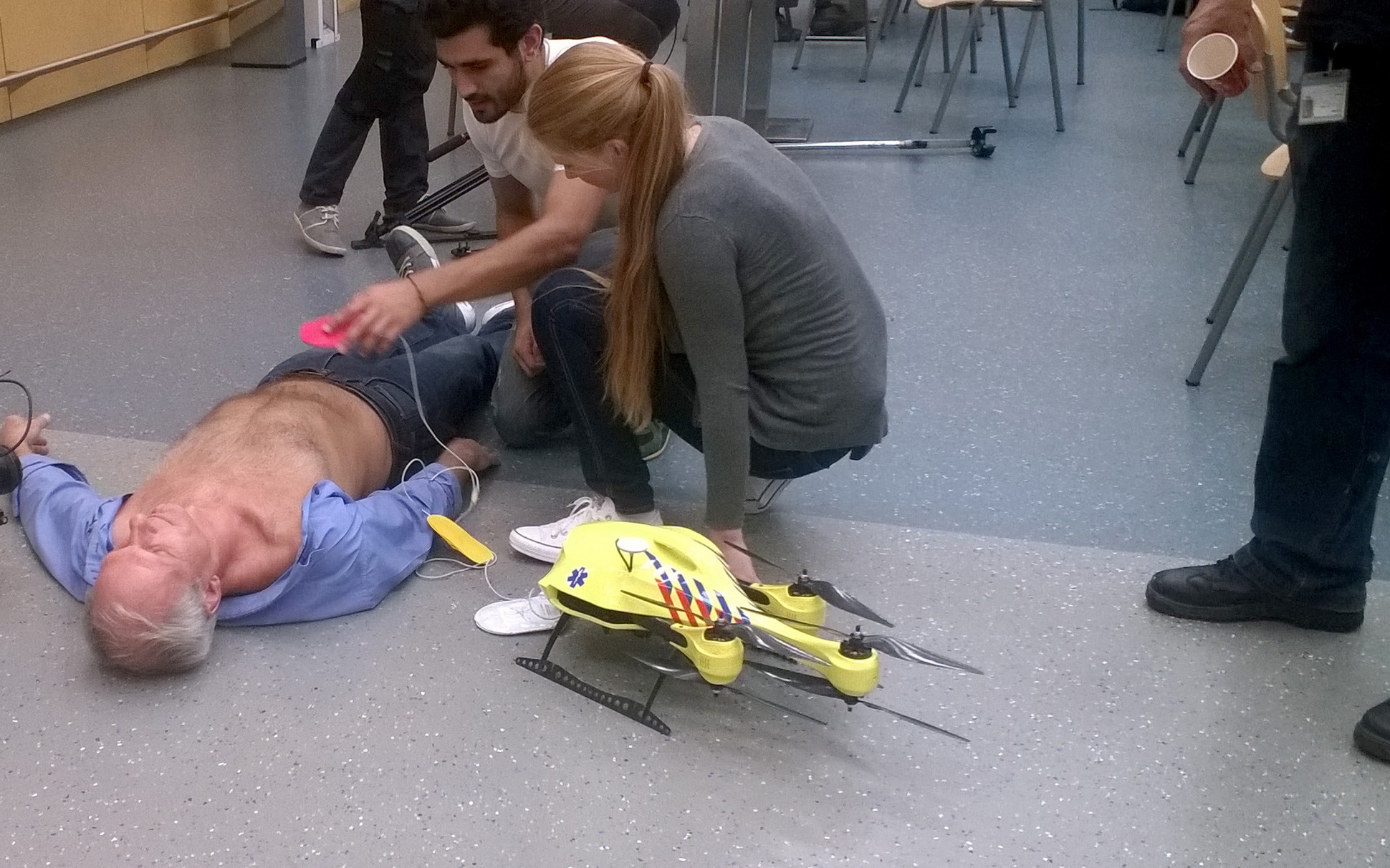 It’s encouraging to see a number of commercial, non-profit, and government scientists working towards the development and use of drones in civilian environments. In this post from Forbes, Robert J. Szczerba discusses a prototype drone, developed by a budding scientist, that delivers a defibrillator to a heart attack victim.

In December 2013, Amazon CEO Jeff Bezos caused quite a stir with the announcement of his company’s plans to offer 30-minute product deliveries via unmanned aerial vehicles (more commonly referred to as “drones”).  Drones have been deployed by the U.S. military since the 1970s, for purposes ranging from providing bird’s eye surveillance of troop movements and weapons facilities to launching attacks on terrorist organizations.

However, the same technology can also be used to help save lives.   Thankfully, a growing number of commercial, non-profit, and government scientists and laboratories are working towards that goal.

This past October the Netherlands’ Delft University of Technology announcedthat graduate student Alec Momont had developed a prototype drone that delivers a defibrillator to a heart attack victim.  To address the reality that the victim’s chance of survival decreases dramatically with each passing minute, this “ambulance drone” is guided by GPS to a mobile phone location within 4.6 square miles in under a minute.  Once there, the drone uses live streaming audio and video to allow emergency personnel to provide instructions on how to use the defibrillator correctly, and transmit the patient’s vital signs.  Widespread adoption of this kind of technology would be welcome news here in the U.S., where heart disease is the number one cause of death for men and women (about 1 in 4), claiming an estimated 600,000 lives each year. 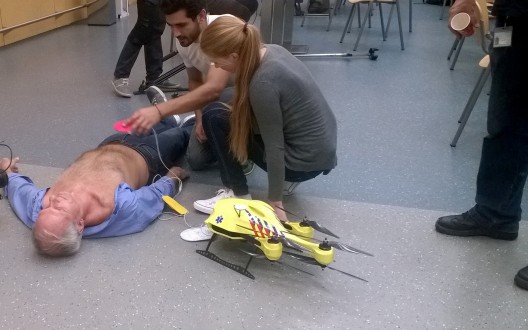 Example of an ambulance drone delivering a defibrillator to a patient in need of urgent care. (Image Credit: Alec Momont and Delft University of Technology)

Video of the ambulance drone prototype is shown below.

Within the health and safety space, there are a number of powerful applications for drones that show great promise:

Before we get too excited, there are still a number of obstacles standing in the way of more widespread use of drones.  Technical challenges include reducing the size and weight of the drones and their payloads, improving the ability of drones to detect and avoid objects in their flight path, and preventing hackers from misrouting or disabling the technology.  Legal and regulatory challenges include creating a framework to integrate drones into an already crowded airspace, training and licensing operators, determining liability, and respecting national sovereignty.  Beyond the moral and ethical challenges of using any form of weaponized drones, all forms of the technology also have implications for personal privacy.

Amidst that morass, it’s encouraging to consider the upside of the inevitable development and use of drones in civilian environments.  Happily, that upside goes well beyond Amazon’s promise to promptly deliver consumer goods to your doorstep.  The healthcare applications listed above will soon be joined by many others that allow us to extend humanitarian, medical, and lifesaving assistance anywhere it’s needed.