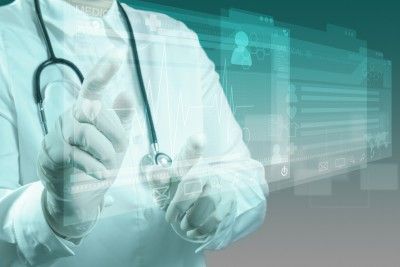 (BeWellBuzz) Science is on the move to prove that missing body parts may not be as much of a concern as one thought earlier.

Tissues that were lost, cells that were never there – missing body parts is never good news whether it’s a newborn child or someone grown-up. But science seems to be taking huge leaps forward to take care of such concerns. Using tissue regeneration, body parts that never existed are being created. Take the example of a new study by researchers at the Cornell University. Here’s what they found.

A new ear is possible

In the study, scientists proved that it is indeed possible to print out body parts. They did this by creating a new ear using a 3-D printer and living cell injections. Researchers used cow cartilage – more easily available than human cartilage apart from being more flexible – to craft the new ear. The next step is now to be able to cultivate a child’s ear cartilage in a way that the regenerated ear can fill in the spots that are missing. Researchers linked to the study are working on this. Through this study and forthcoming research, scientists are trying to prove that technology has come to a point where it can be used to create 3-D structures and that the latter can come into the mainstream over a period of time.

To make the ear a reality, researchers first used a 3-D camera to capture images of a child’s ear. The camera was made to move around the child’s head to produce images that could later be used to confirm a match with the real ear. The images taken, a 3-D printer came into the picture to create an exact soft mold of the original ear. The mold was then injected with a collagen gel containing animal collagen. Next, about 250 million cartilage cells were injected into the ear. The collagen acted as a scaffold on which the ear cells eventually grew.

Later, the researchers put the ear into a cell culture medium for about three to five days before implanting it. In the next three months following this, the cartilage cells were at work constantly. At the end of that period, cartilage was able to replace collagen completely, resulting in what appeared to be a workable outer ear. The scientists are now just waiting for the day when a patient’s own cells will become a major contributor in the process.

Now that a new ear can be created, parents of children born without ears or born with malformed ears can breathe a sigh of relief. In fact, this development can be an advantage to anyone looking for customized implants. This study is a feather on the cap of tissue regeneration – something that has been gaining prominence significantly – but it’s not the first of its kind.

The Wake Forest School of Medicine situated in North Carolina in association with the Armed Forces Institute of Regenerative Medicine came up with a technique to “print” skin cells on burn wounds. For this project, researchers used a laser printer to scan the burn wound so that a precise map can be created. This map was later used during the printing process so that the printer had ready directions on where to place the cells. Instead of cartridges, the researchers used vials to contain the cells and print them directly on to the wound.

The experiment came as a result of the present scenario in wound healing. Though there are skin substitutes available in the market, the size is still limited. And even under circumstances where a workable skin substitute is found, the latter usually takes a long time to be prepared. Burn wounds are also widely treated with skin grafts. However, this traditional method has a major problem: burn victims often don’t have enough skin left unharmed skin to harvest these grafts. The 3-D skin printing technique, in such cases, can work wonders. Researchers found out that the technique not only promotes quick healing, but also stabilizes the wound faster.

In 2008, the Tissue Engineering journal carried a report about how researchers at the University of Missouri had been able to print cardiac tissue as well as blood vessels. During the study, researchers printed cardiac cells and incubated them for 70 hours. This led to the cells fusing together to form tissue that began beating like any other heart tissue after about 90 hours. Similarly heart valves, knee cartilage, and bone implants have also been successfully printed by a team of bio-engineers at Cornell University. In these experiments, the experts have extracted cells from the corresponding part of the patient’s body. That apart, they’ve also created a special ink to print these body parts.

3-D printing has already made a mark in the world of medicine. The wait is now to see how it reshapes our future.