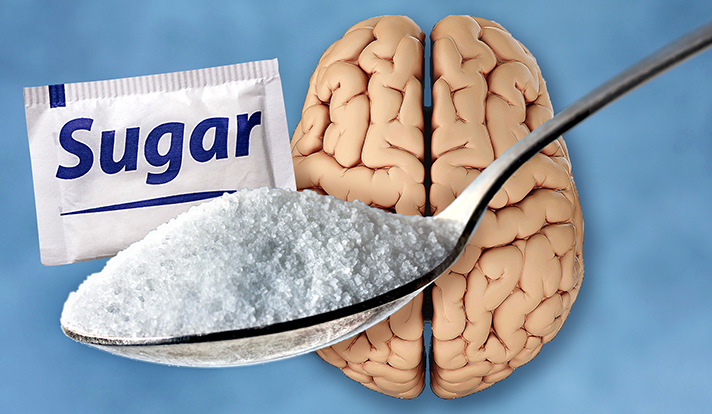 The spike in blood sugar levels that can come after a meal is controlled by the brain’s neuronal mitochondria, which are considered the “powerhouse of cells,” Yale School of Medicine researchers found in a new study.

Published in the Feb. 25 issue of the journal Cell, the findings could provide a better understanding of how type 2 diabetes develops.

Blood glucose levels are thought to be primarily controlled by the pancreatic hormone insulin, the liver, and the muscles. This new study, however, highlights a crucial role for mitochondria in a small subset of neurons of the brain in systemic glucose control.

The study was designed to explore how neurons in the brain adapt to the glucose “rush.” The researchers were surprised to find that not only do mitochondria of neurons “feel” the change in circulating glucose levels, but that adaptive changes in these same mitochondria are at the core of the body’s ability to handle sugar in the blood. To test this point, the research team generated several mouse models in which a specific mitochondrial protein called uncoupling protein 2 (UCP2) was either missing or present in varying amounts in the subset of brain cells that sense circulating sugar levels.

“We found that when sugar increases in the body, mitochondria in subsets of brain neurons rapidly change their shape and their function is altered,” said senior authorSabrina Diano, professor in the Departments of Obstetrics, Gynecology and Reproductive Sciences, Neuroscience, and Comparative Medicine.Diano said what surprised the research team is not that these changes occur in response to glucose, but that these seemingly subtle adjustments in a “housekeeping” cellular event in a handful of brain cells has such a powerful impact in circulating glucose levels by affecting many peripheral tissue functions.

“The findings imply that alterations in this mechanism may be crucial for the development of metabolic diseases such as type 2 diabetes, in which the body is not able to clear the blood from high levels of sugar that occur after meals,” said Diano, who is also director of the Reproductive Neurosciences Group and a member of the Program in Integrative Cell Signaling and Neurobiology of Metabolism at Yale School of Medicine.

Diano and her team will focus their future research on assessing whether alteration of this mitochondrial mechanism in the brain is involved in the development and propagation of type 2 diabetes.

The study was funded by the National Institutes of Health, the Manpei Suzuki Diabetes Foundation, and JSPS Postdoctoral Fellowships for Research Abroad.