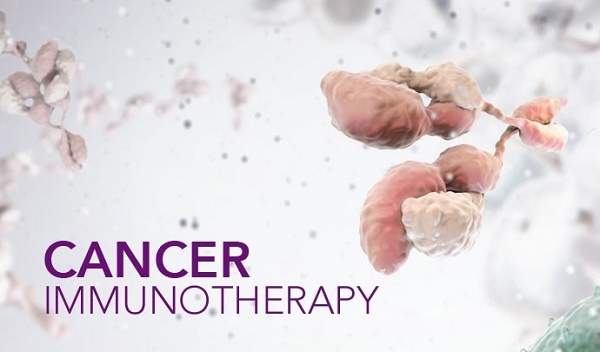 Riddell and his colleagues have refined new methods of engineering a patient’s own immune cells to better target and kill cancer cells while decreasing side effects. In laboratory and clinical trials, the researchers are seeing “dramatic responses” in patients with tumors that are resistant to conventional high-dose chemotherapy, “providing new hope for patients with many different kinds of malignancies,” Riddell said.

Twenty-seven out of 29 patients with an advanced blood cancer who received experimental, “living” immunotherapy as part of a clinical trial experienced sustained remissions, in preliminary results of an ongoing study at Fred Hutchinson Cancer Research Center.

The immune system produces two major types of immune reaction to protect the body: one uses antibodies secreted by B cells; the other uses T cells.

T cells are white blood cells that detect foreign or abnormal cells — including cancerous or infected cells — and initiate a process that targets those cells for attack. But the natural immune response to a tumor is often neither potent nor persistent enough, so Riddell and associates pioneered a new way to boost this immune response using a method known as “adoptive T-cell transfer.”

With adoptive T-cell transfer, immune cells are engineered to recognize and attack the patient’s cancer cells. Researchers extract T cells from a patient’s blood and then introduce genes into those T cells so they synthesize highly potent receptors (called chimeric antigen receptors, or CARs) that can recognize and target the cancer cell.

They grow the T cells in a laboratory for about two weeks and then infuse the engineered cells back into the patient, where they can home in on the tumor site and destroy the cancer cells.

Sustained remission of B cell cancers

Riddell’s team has recently developed a refined version of this process that increases the effectiveness of the immune response while reducing negative side effects, such as neurological symptoms, fevers, and large decreases in blood pressure.

In a study published in the journal Nature Biotechnology, Riddell and his team describe tagging the potent T-cell receptor (with amino acid sequences called Strep-tag), and the resulting effect on human cancer cells in the laboratory and on a mouse model of lymphoma.

Those results, using the latest version of this experimental immunotherapy, suggest sustained remission in cases of B cell cancers that previously relapsed and had become resistant to treatment.***

“The results are simply astounding,” Riddell said. We are treating patients with advanced leukemia and lymphoma that have failed every conventional therapy and radiation therapy, including transplants … in a single treatment. Within weeks, the patient goes into remission.”

“In my years as a oncologist and as a research scientist, I have never seen a treatment that has that spectacular response rate in its initial testing in patients,” Riddell said. His team is initiating trials in lung, breast, sarcoma, melanoma, and soon in pancreatic cancer. The opportunities for this technology are “incredible” and the approach has the potential to also treat common cancers such as kidney and colon cancer, he said.

“We are at the precipice of a revolution in cancer treatment based on using immunotherapy.”

Funding for Riddell’s research was provided by Juno Therapeutics.

* For approximately 100 years, the main tools to treat cancer were surgery, chemotherapy, and radiation therapy. But since around 2000, doctors have had access to a type of immunotherapy based on engineered antibodies that can target specific molecules on cancer cells. For example, trastuzumab (Herceptin) can be used for some types of breast cancer and stomach cancer. The new treatment approach used by Riddell’s team is based on a new type of immunotherapy using engineered immune cells to kill cancer, rather than antibodies.