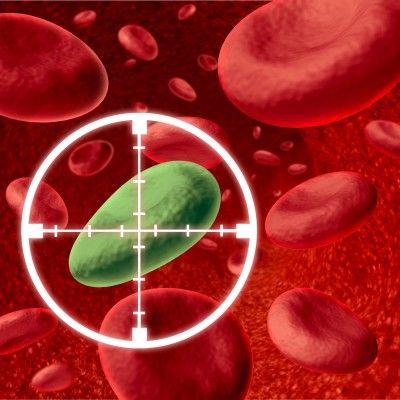 In the 1950s, interest in alternative medical therapies increased significantly, and many different types of nonstandard treatments were used. One of these treatments was PEMF (Pulsed Electro-Magnetic Frequency therapy). It was initially only available in Western Europe, because the AMA (American Medical Association) campaigned very aggressively (and still does) to maintain their monopoly on Health Care in the U. S. Many studies were done that showed PEMF actually stimulated tissue repair in both soft tissues, and bones, as well as inducing many other positive effects on physiology. The evidence was so overwhelming that in the 1960s, the FDA grudgingly allowed limited use of PEMF in the U.S., but only by veterinarians, on animals. It was used extensively to treat broken leg bones on race horses (who previously would’ve just been euthanized). The results were so positive that in the early 1970s, the FDA approved the use of PEMF devices by licensed physicians on professional athletes. Little by little, the FDA allowed expanded uses for these devices until finally, they became available to just about anyone, without a doctors supervision.

The standard cancer treatment options like surgery, chemo and radiation also destroys healthy cells, comes with painful side effects, and in some cases can kill you faster than cancer itself. Fast forward to 2013. The FDA has approved a micro-current PEMF device for the treatment of some cancers. NovoCure’s NovoTTF-100A device is now available to treat some recurring brain cancers. It will be available by prescription at several major brain and cancer research centers. Right now, you may be thinking, “What took them so long to figure this out?” But remember, all the technology and mathematics for making an atomic bomb was available by 1910, but it wasn’t until WW-II, in the 1940s, that someone became motivated enough to put it all together.  The first moon landing by Apollo 11 was based mostly on 20+ year old technology. The Saturn V was basically just a German V-2 on steroids….in fact, the first US manned space missions used actual ballistic missiles (sans the warheads, of course…) for the initial launches. So, rather than worry about why it didn’t happen sooner, maybe we should just be glad that it did happen.

Since the 1950s, it has been known that a weak pulsed electrical current sent through cells stimulates the cells to significantly accelerate repair. It is worth noting that the electrical pulses themselves do not heal. They cause the body to heal itself, by tissue regeneration. Dr. Bjorn Nordenström demonstrated that micro-currents passed through needles inserted into cancerous tumors reduced pain, and also reduced the size of the tumors, many times making them disappear completely.

The NovoTTF100A uses TTF (Tumor Treating Fields), which are weak electrical pulses. These interfere with the cancer cells ability to reproduce, while at the same time, stimulating healthy cells into accelerated tissue regeneration. In time, the cancer cells will be gone, and replaced by healthy tissue. And it is all completely drug-free. The initial Phase III studies were promising enough to gain FDA approval for further testing. This could become a viable alternative to chemotherapy.

Clinical trials are now underway and patients are being recruited from the US, Europe and Israel. For more information on the trials, or to apply, you can go to www.clinicaltrials.gov

Check out a great TED talk from Bill Doyle. In this video he presents Tumor Treating Fields, which uses electric fields to interrupt cancer cell division. Still in its infancy — and approved for only certain types of cancer — the treatment comes with one big benefit: quality of life.