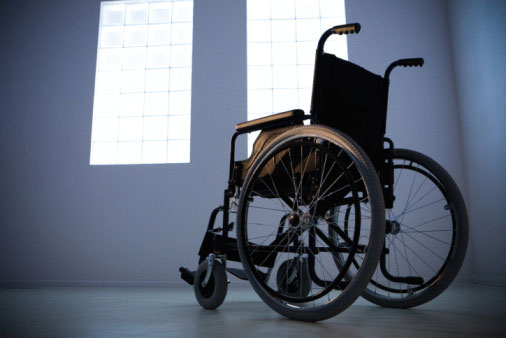 UVB light therapy on skin cells may dispatch soothing, inflammation-suppressing immune cells to the CNS. This could relieve MS symptoms, pain and inflammation. This post from Multiple Sclerosis Discovery Forum highlights the pilot study that found this and brought key open questions in the limelight.

Ultraviolet B radiation (280–320 nm), like that in sunlight, suppresses inflammation and disease progression in mouse models of multiple sclerosis (MS). The migration of regulatory T cells (Tregs) from the skin’s peripheral lymph nodes to the CNS could be a mechanism for this soothing effect on the immune system, according to recent research.

In a pilot study at the University of Münster in Germany (Breuer et al., 2014), human MS patients were treated 5 days a week for 6 weeks in a therapeutic, 311-nm narrowband ultraviolet B (UVB) radiation chamber normally used to treat psoriasis. After just one session, skin biopsies showed an increase in dendritic cells and Tregs. A series of small studies in mice with experimental autoimmune encephalomyelitis (EAE), an animal model of MS, suggested a way those cells may communicate with the CNS.

Previous work, such as Becklund et al. (2010), has demonstrated that both UV radiation and vitamin D independently suppress disease in EAE mice. Now Johanna Breuer, M.Sc., of the University of Münster and colleagues have endeavored to track the immune cells that convey UV radiation’s effects from skin to CNS. Their results appeared online May 13, 2014, in Annals of Neurology.

Australian researchers greeted the Münster paper with enthusiasm. “This paper is very exciting,” said immunologist Prue Hart, Ph.D., of the Telethon Kids Institute at the University of Western Australia in an interview with MSDF. “This is the sort of work we do as well, and hopefully we can confirm some of the outcomes.” Hart is overseeing a trial in which patients with clinically isolated syndrome (CIS) are treated with therapeutic doses of UVB for 8 weeks to see if the onset of MS can be delayed.

Robyn Lucas, Ph.D., an epidemiologist at Australian National University in Canberra who is working with Hart on the CIS study, concurred, noting, “This study builds on all of the work suggesting that low levels of sun exposure increase the risk of multiple sclerosis and that previously had been thought to be an effect of low vitamin D. But what this study is testing—and what a lot of Prue’s work is showing—is whether we jumped on vitamin D a little too quickly, and sunlight exposure itself might be important.” Lucas and Hart were not involved in the study by Breuer and colleagues.

Vitamin D, UVB, or both?

The well-known effects of latitude and month of birth on the risk of MS suggest that sun exposure plays an important role in the etiology of the disease. Considerable evidence suggests that vitamin D deficiency mediates that role prenatally and in childhood, somehow laying the physiological foundation for the appearance of MS later in life.

Once MS is established in adults, however, the roles played by vitamin D and sunlight in the expression of disease become much less clear. Can a lack of UV irradiation or vitamin D make disease progression worse? Can treatment with dietary vitamin D or UV radiation lighten the burden of disease after it’s already established?

No one knows yet. The question of whether either UV radiation or vitamin D could be a useful treatment in clinical MS is further complicated by the limitations of animal models. Even though mouse models such as EAE have been carefully chosen to resemble human MS, the etiology of EAE is distinct from that of MS. In short, many treatments that suppress symptoms in EAE mice don’t necessarily work in human MS patients.

Yet many within the MS research community continue to look for evidence that supports either UV radiation or vitamin D as an effective treatment in EAE, or even in MS.

Of mice and CIS

The Breuer group demonstrated the possibility of a vitamin-D-independent series of steps leading from UVB-irradiated skin to inflammation-suppressing Treg cells in the CNS.

In the skin, UVB is thought to induce tolerogenic dendritic cells, which migrate to nearby peripheral lymph nodes and promote an increase in Tregs, which, in turn, suppress the local immune response. Breuer and colleagues propose that in skin cells, UVB causes an increase in vitamin D and prostaglandin E2, which then stimulate the skin’s Langerhans cells (LC). The stimulated (or “activated”) LCs migrate to peripheral lymph nodes. There, the activated LCs—also called tolerogenized DCs—induce the expansion (proliferation) of Tregs. The tolerogenic DCs and Tregs then travel to the spleen, where they mediate immune suppression.

According to Breuer and colleagues, the inflammation-suppressing Tregs may further migrate to the CNS and there suppress inflammation and disease. Notably, mice in which the Langerhans cells were eliminated did not display the UVB-induced phenotype—that is, skin changes involving greater immune regulation that can (reversibly) educate Tregs.

Support for the Breuer hypothesis came from tracking DCs and Tregs in EAE mice. Shaved mice were treated with 150 mJ/cm2/day of 280 to 350 nm UVB for 2 minutes per day—4 days on and 3 days off.

In a pretreatment arm of the study, mice received 4 days of 280 to 350 nm UVB, after which they were immunized to initiate EAE. The onset of symptoms took two days longer than in controls. And the treatment did not elevate serum vitamin D (25(OH)D3) levels, implying that the delay resulted from UVB exposure itself, not from vitamin D.

After UVB treatment but before the EAE phase, higher numbers of Tregs appeared in the peripheral lymph nodes and spleen (than in controls), but not in the CNS. After the onset of EAE symptoms, Treg numbers rose in the CNS of UVB-exposed mice (compared to controls). EAE mice continuously treated with UVB (4 days on and 3 days off) showed an increase in Tregs in the spleen soon after UVB treatment and, later, an increase in Tregs in the CNS.

In an uncontrolled pilot study, the investigators treated nine MS patients with 100 mJ/cm2/day of narrowband 311-nm UVB light for 6 weeks. The 311-nm UVB treatment protocol has a demonstrated record of safety and efficacy in psoriasis. UVB phototherapy appeared to cause an increase in Tregs and tolerogenic DCs and a reduction in the cytokine IL-21 in peripheral blood. Serum vitamin D levels also increased, however, making it impossible to distinguish between the effects of UVB and vitamin D.

Hart noted that in mice at least this problem could be easily addressed. “We’ve shown that UV has this immunoregulatory effect in mice that can’t make vitamin D. This paper didn’t do that, but there are ways to show that the effect is just purely UV.”

Although the pilot study with MS patients was intriguing, Hart did not find it persuasive by itself. “They had only nine patients. And they have patients with quite extensive disease and on quite heavy [doses of anti-] inflammatory drugs. We are aiming for patients not on drugs and at an earlier phase [of disease].” Hart and Lucas are currently recruiting CIS patients for a study to see if 8 weeks of UVB treatment might prevent the onset of MS.

George Ebers, M.D., FRCP, of the Department of Clinical Neurosciences at the University of Oxford—and an avid proponent of vitamin D as a preventative—is patiently skeptical. “They show some potential mechanisms involving these Treg cells and Langerhans cells. And so there’s some evidence that that’s true. But I take this in context; over 40 years, I have seen hundreds if not thousands of papers and experiments that do something similar. Does [suppression in EAE mice] have anything to do with MS? I’m just not sure.”