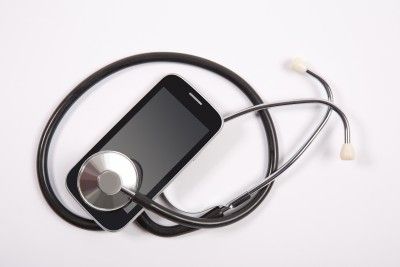 (BeWellBuzz) Just when you thought medicine was all about bitter pills and complicated devices, comes a savior – wireless medicine. Read on to find out how it can change your future.

Bluetooth, Wi-Fi, and medicine. You’d probably balk at medicine because it’s definitely the odd one out. So why even take the three in the same breath? But the point is that the disparate universes of wireless technology and medicine have already collided and are about to create a magnificent scenario in science. Wireless medicine, as it is known as, is now being considered as the future of energy. Here are a few developments in this area that can leave you feeling all perked up about the future.

This one isn’t some fancy device that you need special training to use. We’re talking about the iPhone here-a device that many of you flick in and out of your pocket throughout the day. The case in point is the iPhone ECG, now more popularly known as the AliveCor Heart Monitor. This is an instance of wireless medicine that uses a smartphone to read electrocardiogram data. An ECG attachment is linked to the iPhone and the latter reads the data.

In 2012, AliveCor presented the iPhone ECG attachment at the 61st Annual Scientific Sessions conducted by the American College of Cardiology in Chicago. This followed an eight-week study assessing 54 subjects that the company carried out to figure out vital questions about the attachment. Like how useful would the information collected from the device be when regarded from a diagnostic point of view. Or who exactly would benefit from using an iPhone fitted with this attachment. The study revealed that almost 16% of the subjects found out about a previously unknown health condition after using an iPhone ECG device. 24% felt the need to discuss their health with their private physicians.

Later in 2012, AliveCor confirmed that they’d received the much-awaited clearance on the heart monitor from the FDA. The attachment comes with a coin cell battery of 3.0 volt power and can record 30-second ECGs up to 12, 000 times. At the moment, the attachment is available at a price of $199. However, the team at AliveCor is working towards creating a consumer version of the same attachment. They’re looking to make it available for a lower price of $99.

Wireless commands do all the work

Think of a situation where you pop a pill and wireless commands tell the pill when to release the drug inside the body. Sounds impossible? A recent wireless medicine development could have the whole world going that way. In 2012, scientists and MIT researchers working at MicroCHIPS Inc. came up with just such a chip. They undertook a test to use the chip as a replacement for an injection that’s usually given to administer a drug for osteoporosis. Seven women aged between 65 and 70 were taken as subjects. The researchers used implants that could be programmed to administer the osteoporosis drug named teriparatide. According to the study, the programmable implants were able to do exactly what injections can over a period of time and didn’t cause any side effects. The scientists and researchers working on these programmable implants began their study in the early 1990s.

So why are programmable implants or chips good news? According to experts, such chips could change the way many critical diseases are treated. Apart from osteoporosis, these programmable chips can control and maintain other chronic diseases like multiple sclerosis and cancer. Patients who require regular pain management stand to benefit the most from this form of wireless medicine. It’s a given that not all patients are comfortable administering injections all by themselves. However, whenever there’s a chronic disease involved, it’s absolutely essential that patients take their medications on time – even if that means using self-administering injections. Programmable chips carrying life-saving drugs make it simpler for patients to comply with their doctors’ advice. More importantly, the suffering that multiple injections bring along with them would be eliminated.

Programmable chips and implants are also good news for doctors and physicians. The latter would easily be able to monitor patients’ progress without having them visit every now and then. A computer or smartphone would be enough for them to take a closer look at their patients’ condition.

What does it hold for the future?

Apart from making life easier for doctors as well as patients, wireless medicine means a lot else. Multiple studies have found that wireless technology has the ability to reduce mortality rates by anywhere between 45% and 69%. Take the example of what a team of researchers found when they reviewed 25 studies involving 9500 patients. The objective of the review was to compare the use of telemonitoring as against standard medical procedures. The review found 154 deaths for every 1000 having occurred under standard care. For telemonitoring, the number was 102 for every 1000. Besides lower mortality rates, wireless medicine also makes earlier intervention possible, reducing both hospital admissions and medical errors.