Mira and Jayson Calton from Calton Nutrition recent recorded a masterclass that we just have to share. It’s around micronutrient comparison and exposes many multivitamin brands that have everything… but the vitamins!

Would you like to learn how to choose the best multivitamins? Then read on.

Did you know that many vitamins compete with each other? While you are taking many of them together, your body actually might not be absorbing any or very little of them. Caltons have created the ABCs (Absorption, Beneficial quantities, Competition and synergy) of supplementation that everyone needs to know about.

In this video Mira and Jayson are discussing Thorne FX, as Ben Greenfield recently called it the “greatest multivitamin on the face of the planet”. But is it? Watch the video to find out!

1. Chemical Competition which takes place during the manufacturing of a multivitamin or nutritional supplement. Manufacturers combine competing micronutrients in one formulation and a chemical battle ensues within the formulation itself, leaving the competing micronutrients unable to be absorbed. An example of this is that zinc forms an insoluble complex with folic acid (vitamin B9) when they are put together in a nutritional supplement or multivitamin. When this happens, neither will be absorbed.

3. Physiological Competition, which occurs after the micronutrients have been absorbed; when one or both of the two competing micronutrients may cause decreased utilization, even after absorption has taken place. For instance, in some studies copper has been shown to reduce the activity of pantothenic acid (vitamin B5).

4. Clinical Competition, which takes place when the presence of one micronutrient masks the deficiency of another – making it difficult to detect deficiency. The classic example here is folic acid (vitamin B9) and vitamin B12. Folic acid can mask B12 anemia, a condition of inadequate red blood cells that can lead to depression, dementia, and the inability to carry oxygen throughout the body.

Click here to get the vitamins that don’t compete with each other and taste absolutely delicious! 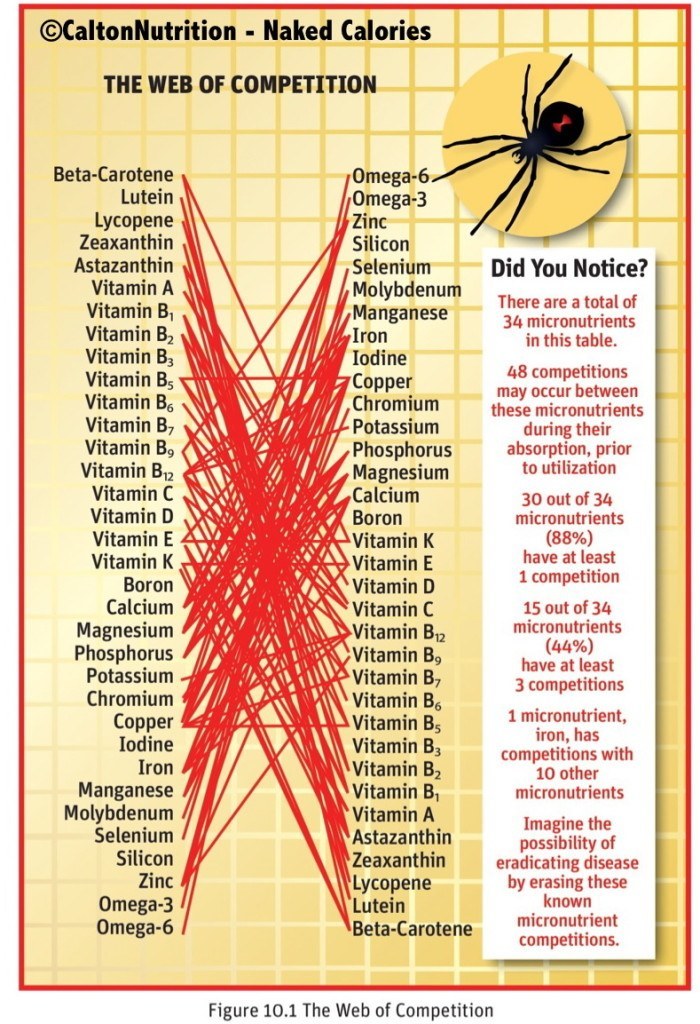 The opposite of clinical competition is Clinical synergy. Clinical synergy takes place when micronutrients have been found to work together to create an observable yet unexpected beneficial change in the body. These clinical synergies have been attributed to decreasing the chances of a disease. An example of this is when folic acid (B9) and vitamins B12 and B6 are all present, in adequate quantities, and convert homocysteine into cysteine and methionine. This conversion lowers homocysteine, which is a known marker of coronary disease. 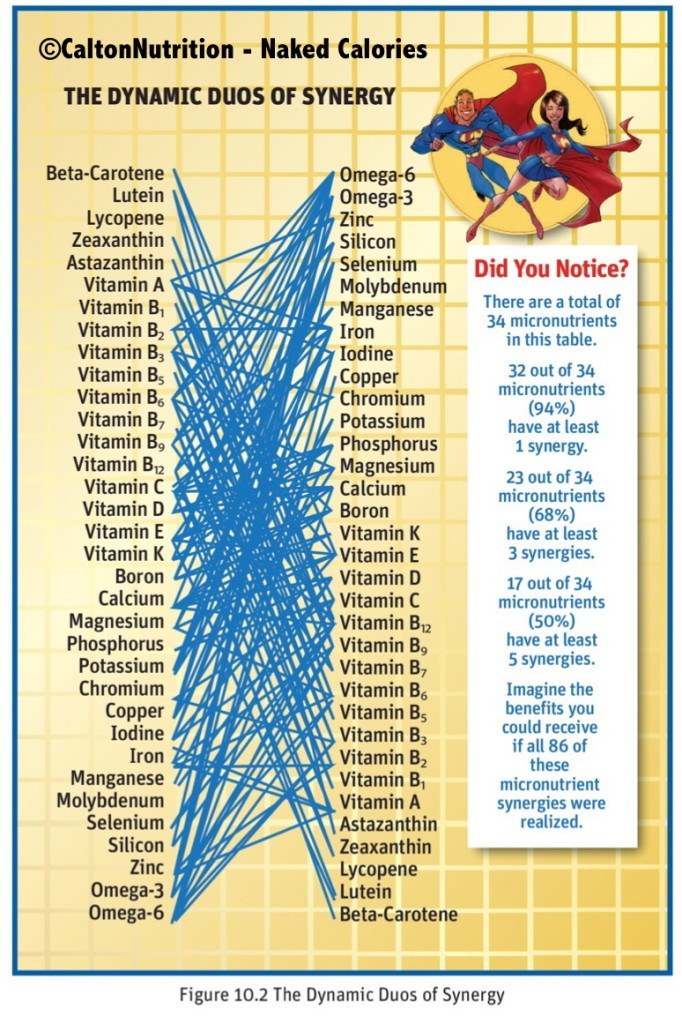