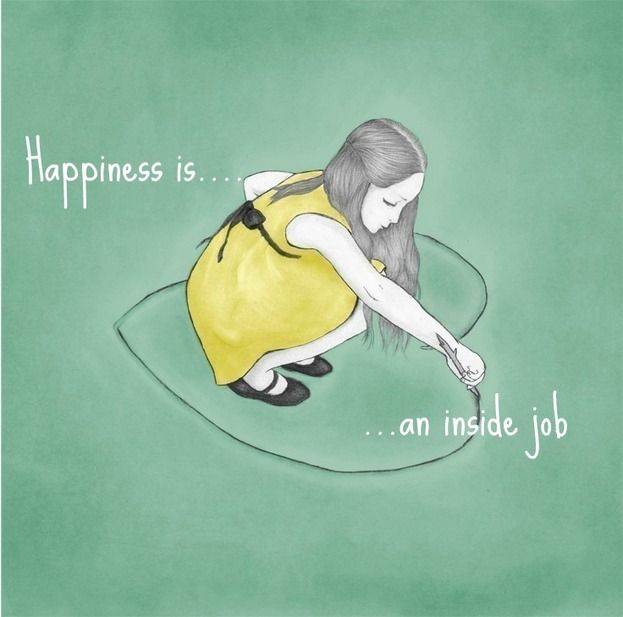 Most people think that happiness – or lack of it – is a matter of luck and circumstance. But you have the power to be happier this year.

“You can actively create happiness with your actions,” says Sonja Lyubomirsky, Ph.D., professor of psychology at the University of California-Riverside and a colleague of the University of Pennsylvania’s Martin Seligman, Ph.D., founder of the discipline known as “positive psychology.”

The bonus? Happy people are generally healthier than others and often live longer, according to a 2008 joint study by the University of Nebraska Medical Center in Omaha and Erasmus University in the Netherlands.

That may be because happy people see more options in life and deal with adversity and stress more effectively, researchers conclude.

Follow these 11 tips, and you could be on your way to having your happiest – and healthiest – new year ever.

Genes determine 50% of your reactions to life-changing circumstances – good or bad – according to Lyubomirsky’s research over the past 20 years, which she describes in her book The How of Happiness[1] (Penguin Press). That means your baseline happiness level tends to stay within a certain range.

But you can rise above those tendencies, like a naturally chubby person trying to lose weight.

Quick tip: Base your activities around your natural talents, gifts, likes and dislikes, Lyubomirsky advises.

“If you choose goals that fit your lifestyle and strengths, you’ll be more likely to persist at them and achieve them” – and that will make you happier, she explains.

Ask yourself: “Am I doing this activity because I enjoy it and value it?” The more often you can answer “yes,” the happier you’ll be.

People who surround themselves with happy friends, neighbors, relatives and spouses are more likely to be happy themselves, according to their 2008 research based on a 20-year survey.

Quick tip: The lesson is clear, says Todd Kashdan, Ph.D., an associate professor of psychology at George Mason University in Virginia and author of Curious? Discover the Missing Ingredient to a Fulfilling Life[2] (William Morrow): “If you want to reach your aspirations, surround yourself with people who look like the person you want to be.”

Experiences shared with others make us happiest.

Individual achievements, such as work, school and hobbies, don’t provide the same satisfaction, according to a 2010 University of Buffalo in New York study.

When participants reported their most positive and intensely emotional experiences, connecting with others touched people’s lives the most, says co-author Shira Gabriel, Ph.D., a University of Buffalo associate professor of psychology.

Quick tip: The study also found that unhappy events involving others, such as ending a relationship or losing a loved one, were remembered as some of the most negative experiences of people’s lives.

But isolating yourself from others to avoid these bad feelings is no solution, says Lyubomirsky.

“Relationships are critical to well-being,” she says. “The happiest people have strong relationships. Unhappy people don’t have as many.”

4. Have more sex with your spouse.

A happy marriage is based on more than physical intimacy. But frequent sex can make a marriage happier.

Among “neurotic” newlyweds – those who become easily upset or are chronic worriers – frequent sex raised marital satisfaction to the level of non-neurotic couples, according to a 2010 University of Tennessee study.

That’s important, because neurotic couples are more likely to divorce, the researchers wrote.

Quick tip: Other research, such as a 2004 Dartmouth University study of 16,000 people, has shown that having more sex equals more happiness. But it’s most effective when it comes with a strong personal bond, Lyubomirsky says.

“The key is a deep, fulfilling relationship.”

Decades of research has demonstrated that feeling grateful and expressing gratitude also squash the blues.

It turns out that the benefits are stronger for women, according to a 2009 study of college students and older adults that Kashdan published in the Journal of Personality.

“Men are taught to control their ‘softer emotions,'” Kashdan explains. “But women [are more likely to] see positive things in others.”

Gratitude strengthens social connections and adds to a person’s resilience and relationship skills by creating a cycle of good will, Kashdan says.

Quick tip: Write in a “gratitude journal” once a week and express those feelings to other people, Lyubomirsky recommends.

Even if you never send it, writing a letter of gratitude is enough to boost your happiness, she says.

Giving to others – friends, family members or charity – brings more happiness than spending money on yourself, according to several 2008 studies by Harvard University and the University of British Columbia published in the journal Science.

In fact, generosity may be as important to happiness as salary, say researchers.

Quick tip: Brain-imaging studies have found that both shopping and donating to others increase levels of the feel-good chemical dopamine. But giving brings longer-lasting pleasure, Kashdan explains.

“When you spend [money] on someone else, it gives your life a sense of meaning and reminds you that you’re a good person,” he says.

7. Focus on security, not money.

Worries about financial security can chip away at happiness.

Women who worried about their future financial stability were less satisfied with their lives – even if they had high incomes, according to a 2009 study conducted by psychologist Talya Miron-Shatz, Ph.D., a research fellow at the Woodrow Wilson School of Public and International Affairs in Princeton.

Many people have money worries, especially in uncertain financial times. But it’s possible to put feelings into perspective, Lyubomirsky says.

Quick tip: Discuss your worries with supportive friends, who can help you see the situation more realistically, she advises.

And avoid the “hedonistic treadmill,” she warns. Don’t spend more as you earn more – that means you’ll never achieve security, no matter how much you have.

8. Spend on experiences rather than objects.

Should you buy a new dress or take dancing lessons?

The lessons will make you happier, says Elizabeth Dunn, Ph.D., assistant professor of psychology at the University of British Columbia, who led a 2010 analysis on the topic.

Objects bring happiness when you use them, but not when you think about them, Dunn says.

But you get enjoyment from anticipating an exciting experience and remember it long after it’s over, she adds.

Quick tip: For even better results, make it a new experience – something different from your usual patterns, Kashdan suggests. Go somewhere you’ve never been or visit a restaurant that serves food you haven’t tried before.

“Things that are interesting and a little scary give us more intense pleasure,” he says.

If for some reason it goes awry, at least it’ll make a great story, says Kashdan.

Americans take fewer vacation days than people in many other countries, according to the World Tourism Association. We’re offered less time off from our jobs and don’t even use all the days we have, says a survey by the nonprofit Families and Work Institute.

Yet women who take vacations twice a year are less likely to be tense, depressed or tired than women who only take them once every two years, according to a 2005 study published in the Wisconsin Medical Journal.

“And unlike new houses or cars, we’re much less likely to compare our vacation with our friends’ vacations,” she says.

Quick tip: Just planning for a vacation can make you feel good. In a 2010 Netherlands study, anticipating a future trip boosted people’s happiness for as long as eight weeks beforehand.

If you’re looking for a shot of energy with your relaxation, take a walk in your local park, hike a wilderness trail or visit the ocean.

Anything that takes you to a natural setting will elevate your mood, according to 2009 studies at the University of Rochester in New York.

When you head for the wilderness, try not to get distracted by work or family problems, says Richard Ryan, Ph.D., a professor of psychology, psychiatry and education at the school.

But if you can’t stay off your cell phone very long, don’t worry.

“Even 20 minutes outside is sufficient,” he says.

Psychotherapy can make you happier even if you aren’t clinically depressed.

In fact, the money spent on therapy gives you 32 times more of a mood lift than getting a pay raise for the same amount, according to a 2009 study at the University of Warwick in England.

A short course of cognitive-behavioral therapy – which teaches you to change negative thought patterns and self-defeating behaviors – could have lasting benefits, says Lyubomirsky.

“It’s a good way to increase positive emotions,” she says.

Quick tip: You may even be able to find a therapist trained in “happiness studies” – such as the University of Pennsylvania’s Master of Applied Positive Psychology[3] program.

Moods are one thing, but regular occurrences of depression or sadness can have you asking yourself if you’re happy with life. Take this quiz[4] to find out if you’re truly happy.