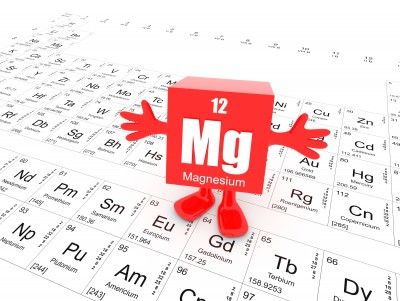 Why there is a need for consuming oxygenated magnesium

Before we start discussing benefits of oxygenated magnesia in detail, let us check out the answer to one question that many people ask, “Why do we need man-made magnesium oxide compounds, when elemental magnesium is present in the nature?” There are two reasons why we require oxygenated magnesium:

A school of thought favors consumption of elemental magnesium from magnesium-rich drinking water over dietary sources, as magnesium received from water is considerably more readily absorbed. Although there is some merit in the argument, the effect of this method is likely to be limited because:

Oxygenated magnesium, or magnesium peroxide, is not only absorbed faster, but it also has other important advantages, such as better oxygenation and alkalization, over simple elemental magnesium.

Shared ahead are five most important health benefits of oxygenated magnesium. Have a look:

1. It acts as a colon-cleanser

An oxygen colon cleanser is considered superior to other colon cleaning systems, and oxygenated magnesium is believed to be better than most other oxygen colon cleansers. Oxygenated magnesium, available mostly in capsule form, breaks down into simpler elements, oxygen, and magnesium, on entering the digestive system. The released oxygen, in turn, liquefies all the solidified fecal matter attached to the walls of the colon. As a result, the waste matter that earlier would have been compacted into the walls of the intestine is expelled from the body in the normal fashion. Colon cleansing, as you may know, is good for our health in more than one ways. Besides other things, it invigorates the body, provides relieve from constipation, and improve skin quality.

3. It reduces the risk of type-2 diabetes

Various scientific studies have linked magnesium deficiency to an increased risk of type-2 diabetes, or non-insulin dependent diabetes, and diabetic retinopathy, a diabetic eye disease that can lead to blindness. Magnesium aids in controlling blood sugar levels by influencing the activity and release of insulin. It is believed that the risk of type-2 diabetes decreases by 15% for every 100 mg increase in magnesium intake.

Magnesium deficiency is a risk factor for osteoporosis. Calcium, as you may know, plays an all-important role in supporting bone health. Reports suggest that magnesium deficiency affects calcium metabolism negatively. In addition, it also alters the calcium-regulating hormones.

5. It helps in treatment of migraine, depression, and insomnia

Magnesium is also believed to be useful in the treatment of migraine and insomnia. In addition, magnesium may be beneficial for people suffering from certain psychological condition, such as depression, stress, anxiety, and panic attacks.

How can you take oxygenated magnesium?

We have been taking Oxygenated magnesium supplements for some time now and found that Mag07 supplements to be the most efficient.