In ancient times, frankincense was worth its weight in gold. As the holiday tradition goes, frankincense was presented by the three wise men to the baby Jesus along with myrrh and gold. The history of the two biblical herbs goes back well beyond the times of the Bible, perhaps to as long as 5,000 years ago when it was traded between the Middle East and North Africa along thriving trade routes.

Frankincense is a naturally occurring resin, harvested from the Boswellia tree that is more a shrub than a tree. Originally, the shrub grew throughout the Arabian peninsula, and despite the area being crossed by many trade routes, it was not successfully cultivated elsewhere until much later than 3,000 BCE. While other useful foods and herbs easily spread around the world, production of frankincense remained restricted. It, therefore, was a valued resource.

The first known use of frankincense and myrrh was as incense. Archeologists uncovered evidence of frankincense’s use in Babylonian and Assyrian temples, perhaps burned as part of important religious ceremonies. 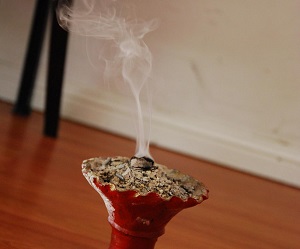 Egyptians apparently imported boatloads (literally) of frankincense for use in their temples. Not only that, they also relied on it for medicinal uses purposes.

Historians believe Egyptians used this potent resin as an insect repellent and body perfume. They soothed their cuts and wounds with it as salves, burned and ground it into the famous kohl eyeliner, and used it as part of the embalming process.

As the use of the resin spread throughout Europe, doctors learned about its antiseptic, anti-inflammatory and pain-relieving characteristics. Until it was banned during the rise of Christianity, it was used profusely in medicine across the Roman Empire.

The 7 Benefits of Frankincense Today

Given its prominent role in ancient cultures throughout Europe, Asia, and Africa, researchers have conducted many studies to explore frankincense’s potential uses. Its benefits are no longer just a part of the ancient lore but proven through laboratory testing.

Although ancient Egyptians probably didn’t use frankincense oil for acne treatment, they did use it as a healing balm for minor cuts and skin irritations. Now we know it’s also useful as an all-natural acne treatment. Its antibacterial properties help reduce infection from clogged pores and its anti-inflammatory characteristics help reduce redness and irritation. Plus, frankincense has astringent properties that help to contract pores and prevent re-infection. 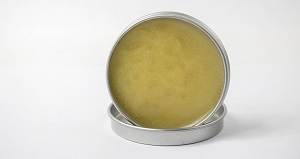 Frankincense has a lengthy history of use for cleaning and healing wounds and minor skin abrasions. Due to its proven antimicrobial and antibacterial characteristics, it helps prevent wound infections. It also seems to soothe pain sensation.

Until morphine was invented, frankincense was used throughout Europe to relieve pain. Again, it’s usefulness as an anti-inflammatory comes in handy when treating wounds and skin abrasions. It’s still used in combination with its sister resin, myrrh, in traditional Chinese medicine for treating inflammation and increasing blood circulation. When frankincense and myrrh are used together, they are thought to have a synergetic effect.

Our ancestors relied on the soothing powers of frankincense for digestive issues. Studies show that frankincense reduces gastrointestinal inflammation and therefore, could prove extremely useful for inflammatory bowel issues. Some examples include Crohn’s disease, irritable bowel syndrome, colitis and leaky gut syndrome. All of these gastrointestinal issues are thanks, in part, to overactive inflammatory responses.

Frankincense has the ability to increase the secretion of digestive enzymes, those smoothing out the digestive process. In addition, frankincense is a diuretic, which helps to detoxify the body through increased urination.

Frankincense is an all-natural antibacterial and antimicrobial compound. In addition to its use in treating various health issues, it makes a great additive to natural cleaning products.

One study out of South Africa reported a synergistic effect as an antibacterial when used in conjunction with myrrh. It’s very interesting to see that 2,000 years after appearing together in the story of Jesus’s birth, these two resinous substances are still intrinsically linked.

One of the most powerful applications of frankincense is as an anti-inflammatory agent. It was used throughout the Roman Empire and beyond as a soothing balm for inflammatory diseases. According to one paper, it works by inhibiting “leukocyte elastase.” This substance is partly responsible for triggering an inflammatory response.

Many other all-natural ways to reduce inflammation include using turmeric, which has long been used in Ayurvedic medicine, you can learn about it here.

A wintertime remedy for bronchitis and bronchial asthma, frankincense makes a great addition to steam baths and steam inhalations. In fact, one study gave a frankincense supplement to a small set of people with chronic bronchial asthma. After six weeks of treatment, 70 percent of the subjects reported a significant reduction in symptoms. Many found that their bronchial asthma symptoms disappeared altogether.

How to Use Frankincense

Frankincense is an essential oil, and most-often used externally. As with many other oils, frankincense essential oil should be diluted before use directly on the skin. Once appropriately diluted, it’s easy to use in balms, salves, massage oils and more. Frankincense also is very aromatic, making it a perfect essential oil for baths, steam inhalation mixtures and more.

People wishing to treat with frankincense will be pleased to learn that it is edible. Keep in mind that not all frankincense oils are ingestible, so consume only pure frankincense oils produced by supplement companies. Do no eat aromatic essential oils meant for fragrance purposes.

The benefits of frankincense are no longer just a story from ancient history. The wise men who gave Jesus frankincense and myrrh on the day of his birth knew the powers of the substances they provided. It was worth its weight in gold then and given a little more research, could prove to have significant medical benefit today. It has already shown potential as an anti-inflammatory, pain reliever, anti-microbial, and anti-bacterial agent.