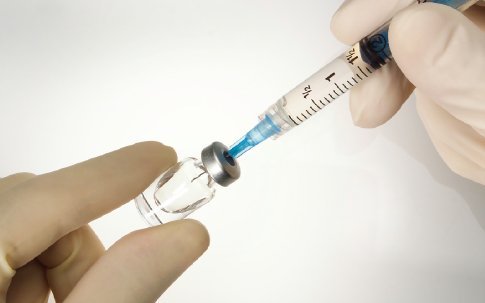 The ‘civil society’ would have us believe vaccines and autism have nothing to do with each other. Not so any more. This post from ‘Reality Distilled into Words’ exposes the systematic cult programming that has been going on to hide the reality of vaccines and autism.

How do we know vaccines cause autism?  Because we watch it happen.

Science can seek to quantify, qualify and explain what happens but it cannot prove that what happened did not happen.

To deny the experience of another is the work of cults.  In order to break down the self of the initiate they confuse them to the point that they no longer trust their own sense of life.  The initiate’s personal experience is replaced with cult approved dogma.

In the case of modern medicine one way they break that trust is by having their senior members, or priests, wear official looking white robes.  They put on the wall the certificates showing the degree to which the “M.D.” or priest has progressed.  Are they a simple parish priest or are they a bishop or cardinal?  They then parade around as if they are “educated” when in fact they are simply trained and programmed.  The “M.D.s” then make pronouncements and if the one confessing is not wise to the ways, they will mistake the trained, programmed reactions of the “M.D.” for educated, informed, well thought out responses.

Another way they break the self trust of the unsuspecting human is to publicize “scientific studies.”  These studies, when examined in detail, are found to be simply dogmatic declarations.  They are the “scientific” equivalent of discussions about how many angels can stand on the head of a pin but they are presented to the public as “science.”  They are also used in the training and programming of “M.D.s.”

Many people are happy to go along with this.  They have a general sense that “science” has given us all the wonders of modern life.  Therefore it works and who are we, who have been trained from birth to think we are inferior through public “schooling,” aka training and programming, to question those who hand down the word from on high?

Some of us are too smart for this bullshit.  We figured out as preteens or early in our teenage years that “polite society” was full of hypocrisy, is in fact, a smoke screen for all the immorality of human avarice.  We rebelled while our classmates who were most easily able to receive and accept the programming moved up the ranks with straight A grades.  Their accolades, the proof of their fitness for high level work within the cult piled up.  Now some of them are “M.D.s” aka “legal drug dealers.”  Most of us who were too smart, too tuned in to the actual have ended up as illegal drug dealers, or otherwise made our way on the outskirts of the polite society to which no humane, aware human could comfortably belong.

Yet somewhere in us we continued to think that those kids we made fun of for so readily following orders and believing the unexamined words of the “teachers” or programmers now that they have attained higher degrees within this hypocritical system have finally come to understand the actual.  We vaccinated our kids because our classmates who got better grades than us and accumulated more accolades demonstrating the depths they could reach within the depraved system told us we should.  We fucked up.  We failed to trust ourselves.  They beat us.  We could not absorb the programming to rise (or sink) through the ranks, yet somehow we absorbed the programming that we were inferior because of this inability to completely shut down our innate humaneness.  And then we watched the straight A students inject their magic potions into our kids and our kids died, or became maimed.

Some of us could not find the courage within to reclaim our power even then.  We continue to believe the straight A students who do as they are told and simply repeat what they have been programmed to say are in some way superior, or “more intelligent” than we are.  When they say the thing we observed with our own eyes did not happen we accept it.  We even defend their words with vitriol of our own.

Others felt the split and could not deny it.  They know what they saw.  No amount of cult programming can break through their direct, undeniable experience.  They may not have fully realized the depths of deception that serve as the foundation of modern “medicine” but they know that at least in this case they are right and their straight A classmate is wrong.

Within all this there are a handful of actual scientists who somehow manage to use the machinery of “civil society” to do actual science.  When they hear from a parent the story of how vaccines damaged their child, they do not repeat what they have been programmed to say.  Instead, they hear the words of the human in front of them.  They seek to understand what is happening, why, and what to do about it.

Here is a small sample of their work.  Thank you Ginger Taylor for collecting these studies.

This study validates the existence of early autistic regression.

In 21 published cases of the Court of Federal Claims, which administers the VICP, the Court stated that the petitioners had autism or described autism unambiguously.

This finding calls into question the decisions of the Court of Federal Claims in the Omnibus Autism Proceeding in 2009 and 2010 and the statement of Health and Human Services on its website that “HHS has never concluded in any case that autism was caused by vaccination.”

Autism incidence in California shows no sign yet of plateauing. Younger ages at diagnosis, differential migration, changes in diagnostic criteria, and inclusion of milder cases do not fully explain the observed increases. Other artifacts have yet to be quantified, and as a result, the extent to which the continued rise represents a true increase in the occurrence of autism remains unclear.