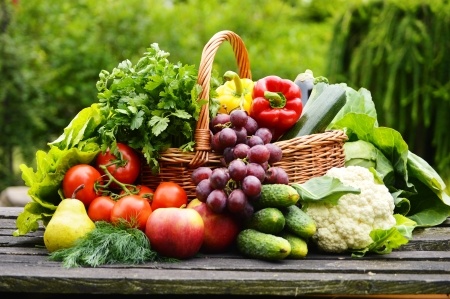 How to find the truth when there is so much deception & dishonesty involved in your food? Giving the power back to the people with a food revolution.

The food world is changing fast. How can you know the truth when there is so much deception, disagreement, and downright dishonesty?

Is sugar really more addictive and more toxic than most of us ever imagined?

Are Paleo diets a healthier alternative?

Should you avoid gluten?

Can vegan diets be healthy, and if so under what conditions?

Wal-mart is stocking hundreds of organic items, but can they be trusted? What’s Monsanto up to now? Is the World Health Organization really saying that Roundup causes cancer?

The big food companies tell us there’s nothing wrong with their products or their practices.

But the truth is, something IS WRONG.

When it comes to food and your health, the stakes are rising exponentially. If there’s ever been a time when we need to stay informed and take a stand, it’s right now.

We keep hearing how rates of obesity and diabetes are on the rise, and not just in the U.S. but worldwide. For the first time in U.S. history, we are spending three-quarters of our healthcare dollars on managing chronic disease, instead of preventing it.

We hear that climate change is causing increasing weather chaos. Yet, there’s a kind of paralysis among government and corporations about solutions, even though industrial agriculture contributes more toward greenhouse gasses than all forms of transportation combined.

Incredible, isn’t it? To make matters worse, the average doctor isn’t educated on the connection between food and health; billions of dollars in ads try to hook our kids on eating crap; and dangerous fad diets are keeping people frustrated, overweight and unhealthy.

It’s time to rise up and demand change!

So what can we do to fight the forces of greed and corruption?

The answer is come together as a community, educate ourselves and form a game plan.

Our friends at Wellness Revolution have been doing just that. It’s inspiring actually!

John Robbins could have inherited the Baskin-Robbins empire. But he walked away from the money and the power. Why? He simply didn’t want to devote his life to selling ice cream after realizing it makes people unhealthy. So he decided to make a change.

Over the last 27 years, his books about healthy eating and healthy living (including bestsellers Diet for a New America and The Food Revolution) have sold millions of copies and been translated into more than 30 languages.

Ocean Robbins was born in a log cabin built by his parents, and grew up eating food they grew on the land together. He is co-author of Voices of the Food Revolution, and CEO of the 175,000+ member Food Revolution Network.

Ocean has spoken in person to more than 250,000 people in 65+ nations. He is an adjunct professor at Chapman University and was selected by Time and Audubon as one of the heroes of the new millennium.

John and Ocean invited 24 of the top food experts and visionaries on the planet to come together and share their knowledge at no cost.

If you’re ready to take back control of your health and be the light in the world that dearly needs it I want to invite you to sign up and join the wellness revolution!