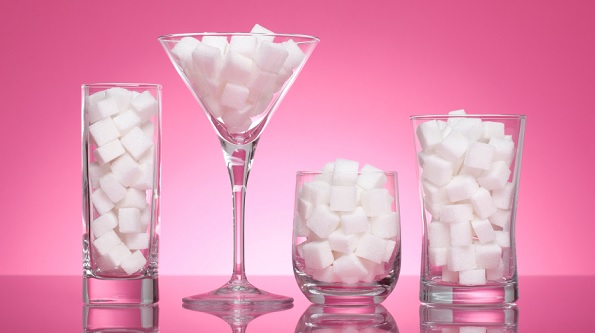 Evidence from researchers shows salt isn’t all that bad for heart health and the real culprit behind high blood pressure is sugar, more precisely, added sugar. This post from BottomLine Health discusses the findings of studies that show that it’s the sugar that needs to be contained, not salt, for a healthy heart. 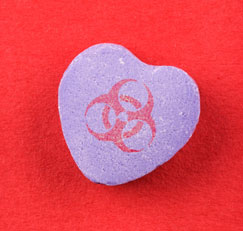 When it comes to high blood pressure, Public Enemy #1 has always been salt. For years, our doctors, governments, dietary guidelines, health institutes (such as the American Heart Association) and the media have bombarded us with warnings to reduce our sodium intake or face a higher risk of hypertension, cardiovascular disease and death. We listened…and most of us did what we thought was right and cut back on salt. But some researchers are suggesting that this has all been one more big, long-standing jag of health misinformation. They provide evidence that salt isn’t all that bad and has a minimal effect on blood pressure and that another ubiquitous food flavoring—sugar—is the real culprit behind the explosive rate of high blood pressure and cardiovascular disease in America. Could sugar be affecting your blood pressure?

In an article published in Open Heart, they pointed out that Americans consume an average of 24 to 47 teaspoons of sugar a day in the form of processed foods loaded with fructose. Neither the American Heart Association nor the World Health Organization provides a recommendation about daily limits of fructose consumption, but animal and human studies have shown that a diet high in fructose affects blood pressure by increasing blood levels of insulin and sabotaging how the body metabolizes it. Insulin excess, in turn, overstimulates the sympathetic nervous system (the part responsible for the fight-or-flight response), which then can result in high blood pressure.

Meanwhile, people strictly following the American Heart Association’s guidelines on sodium intake (about half a teaspoon of salt per day) may be putting their health at risk by not getting the amount of sodium they need, according to the article authors. They cited a study of more than 100,000 people showing that consuming three to six grams of sodium a day was associated with a lower risk of death, heart attack and stroke compared with consuming any other amount. Three to six grams of sodium equals about one-and-a-half to three teaspoons of salt (salt itself is composed of 40% sodium and 60% chloride)—and this is about the average amount Americans ingest each day despite what the American Heart Association recommends.

The investigative duo also pointed out that, on average, sodium reduction has a minimal effect on reducing blood pressure, with studies showing blood pressure reductions of up to 4.8 mm Hg systolic and 2.5 mm Hg diastolic at best. Additionally, when salt intake is restricted, heart rate can increase (a harmful effect that is generally not mentioned by doctors and others who advocate salt restriction).

Sugars in their natural form found in fruits and other complex carbohydrates aren’t the ones you should be worried about, according to Dr. DiNicolantonio and Dr. Lucan. We all know that a diet rich in fruits, legumes and leafy vegetables is good for heart health. It’s the added sugar you want to avoid. Consider that those of us who consume 10% to 25% of our daily calories from added sugar have a 30% increased risk of death from cardiovascular disease compared with those who get less than 10% of their calories from added sugar. Beyond that 25% mark, the risk of death increases three-fold, the team said.

So if you’re not on board already, strongly consider avoiding foods with added sugar, whether that sugar is listed as simply “sugar” or one of sugar’s many other identities, including high-fructose corn syrup, fructose, corn sweetener, corn syrup, syrup, invert sugar, malt sugar, and even honey, molasses and fruit juice concentrate…and avoid the “ose” additives such as dextrose, glucose, lactose, maltose, and sucrose—those are sugars (although the sugars containing fructose seem to have greater metabolic harms versus other sugars, according to Dr. DiNicolantonio). Want some powerful help? Read our amazing Bottom Line article “I’m Kicking the Sugar Habit!” It will help you rid your body of nasty added sugars so you can be healthier, feel better and actually enjoy your food more. And read Dr. DiNicolantonio’s recent New York Times article about sugar addiction, “Sugar Season. It’s Everywhere, and Addictive.”