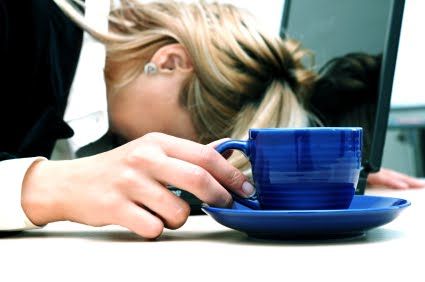 The term Adrenal Fatigue is often used by practitioners of alternative medicine to denote a hormonal imbalance and other problems arising from exhaustion of the adrenal glands. This is the sort of condition that is characterized by sleep disturbances, body aches, low blood pressure, hair loss, unexplained weight loss, digestive disturbances, nervousness, tiredness, salt craving and so on.

Adrenal fatigue is a group of symptoms that is to be distinguished from adrenal insufficiency or Addison’s disease and is often not recognized as an actual medical condition by mainstream practitioners.

The understanding is that adrenal fatigue is a milder form of adrenal insufficiency and so may not show up on standard tests, but that it could be responsible for several health imbalances.

It is thought that adrenal fatigue could be caused by stress and produces the characteristic symptoms.

However in the main stream medical community, the term adrenal fatigue is not an accepted diagnosis and it is thought that adrenal fatigue is simply a convenient but ambiguous term used to explain away symptoms that cannot be explained any other way.

According to many in the medical community, it is thought that underlying cause for the symptoms could actually be quite different – it could be fibromyalgia or depression that may be causing the troublesome symptoms.

It is argued that assigning the term adrenal fatigue could have negative repercussions in that a proper diagnosis and treatment of the real condition may be compromised.

However alternative practitioners do recognize adrenal fatigue as an actual condition that is chiefly characterized by tiredness that is not mitigated by rest or sleep. The person may not show any obvious signs of a disease other than the constant feeling of being sad or constantly tired, and feeling generally unwell.

However the onset of the symptoms could follow a particular pattern. Very often prolonged stress or very severe stress could result in the symptoms. Chronic or severe infections of certain kinds could also be the start off point for what is understood as adrenal fatigue.

A crisis, or a difficult to cope with situation, a life altering event could be triggering of this. People with this condition may find that they prop themselves up during the day with coffee, colas and other stimulants.

Though the condition is disputed by the mainstream medical community, adrenal fatigue is recognized by alternative practitioners. Suitable remedies and treatments have therefore also been developed that can effectively treat the condition and help in controlling symptoms.