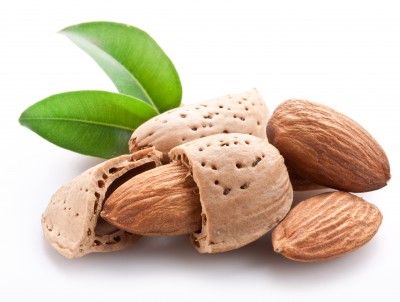 (BeWellBuzz) In the past 20 years, scientists have dedicated time, money and the brightest minds to find out whether a simple food might have profound effects on the health and life span of millions of human being worldwide. After at least 13 studies published between 1992 and 2012, the evidence is mounting. Here are some of the facts and their exciting implications.

It began with an intent to study monounsaturated fat (MUFA) from almonds on cholesterol and blood lipids. Researchers discovered that something in almonds reduced LDL “bad” cholesterol, but caused no changes to the healthy cholesterol, HDL. At that point scientists thought maybe the culprit behind the LDL reduction was MUFAs, but further studies were needed.

1998: Inside the Almond, Hidden Treasure

In this study, researchers specifically examined the activity of almonds on blood lipids. They found that consuming almonds caused total cholesterol to drop significantly, reducing LDL while preserving HDL. Yet, they couldn’t identify the active LDL-lowering agents. Olive oil is also rich in MUFUs. Yet, olive oil didn’t show the same benefits. Simply put, the nuts beat the olives in reducing blood lipids. The team concluded that the beneficial effects couldn’t be attributed to MUFUs alone, but were probably caused by “numerous bioactive constituents.” That is, there must be a synergy of compounds that, together, are more than the sum of their parts. Rather than taking a synthetic supplement containing “active ingredients” from almonds, experts began considering whole almonds as a possible treatment to beat hyperlipidemia.

Might the power to promote heart health live in its most taboo portion – the fat? Researchers compared whole almond with almond oil consumption to see if one was more potent than the other. They found that both substances equally reduced lipids in the blood. Therefore, since the oil had the same effects with or without the rest of the nut, researchers concluded that the amazing heart-healthy compounds of almonds are most likely concentrated in the almond oil.

Because of their high fat content, nuts had long been off the food list for people at risk for coronary heart disease. Despite growing evidence that eating nuts could do more help than harm, no studies had yet been done on actual people who were at high risk. This study tested subjects with three daily snack regimens: 1) a full dose (~73g/day) of almonds; 2) a half-dose of almonds with a half-dose of low-saturated fat whole wheat muffins; and 3) a full dose of the whole wheat muffins. Not surprisingly, the muffin crew showed no significant reductions in cholesterol; the half-dose of almonds showed significant decrease in blood lipids; and consuming the full dose of almonds showed the greatest reduction in blood lipids and overall heart disease risk factors.

In 1991 a study assessed the “Step I diet,” a food plan released by the American Heart Association as a dietary therapy for people with hypercholesterolemia (high cholesterol/high lipids in the blood). The findings were only mildly encouraging, as subjects showed an initial improvement, but cholesterol levels later crept back up even though they’d remained on the diet. This led researchers to consider that, for the diet to remain effective, it would have to become increasingly restrictive over time. Not fun.

But in 2003, almonds were found to greatly enhance the results of the Step I diet. Even without the diet, almonds lowered unhealthy cholesterol. With it, almonds “markedly” improved the patients’ condition. Again, more almonds showed more results. Higher doses brought greater reductions of LDL.

In the ensuing years, two studies found that a plant-based treatment diet was enhanced by adding almonds, whether raw, dry roasted or butter. Almond butter not only helped to lower LDL, but likely also increased HDL. Furthermore, other foods and nutrients potent against heart disease worked fabulously in combination with almonds. These included soya bean proteins, plant sterols as in whole grains, fruits and veggies, and soluble fiber as in flax seeds, oats and apples.

Since 2004, more research has revealed that eating almonds is probably a good idea.

Recommended doses are at about 42g/day for a small amount, or 84g/day for fuller measure. A completely separate set of studies have found that eating this quantity probably won’t cause weight gain, despite social phobias to the contrary.

It seems clear that whereas nutrient deficient foods eaten together work synergistically to lower health status, incorporating a healthy diet with nutrient dense foods, low in saturated fat, including almonds, may, in fact, promote overall health, and reduce your risk of heart disease.