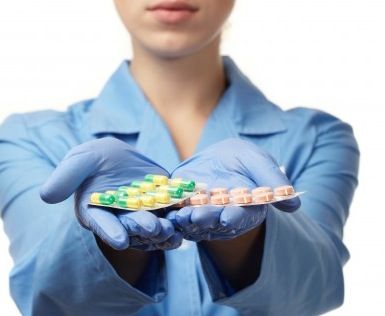 (BeWellBuzz) What is the point in using painkillers if they trigger symptoms that are far more serious than the conditions that they treat? Latest studies reveal that painkillers can literally be ‘killers’ . Read on to know why you must avoid them and learn about natural pain relieving substances that you can use.

You suffer from recurrent back pain that surfaces every now and then, mostly at night. You do what you think is your only option – pop a painkiller. Most times, a painkilling tablet works, and you are able to enjoy a relatively sound sleep. However, sometimes one tablet is insufficient. An additional painkiller may help, but there are rare nights when even two tablets don’t work, and you spend such nights tossing and turning in bed.

Pain is a difficult companion to live with. However, what many don’t realize is that every painkiller you take increases your risk of suffering from many life-threatening conditions. These medical conditions, data suggests, does not usually disappoint its patrons. If you have not developed any complication so far, consider yourself lucky, but don’t stretch your luck any further.

Various risks are associated with painkillers. Some risks are more serious than others, and a few are fatal. So, let’s take a look at all of them and also discuss a few effective natural painkillers that relieve pain without causing side effects.

Standard side effects of painkillers

Standard side effects associated with painkillers include, among others, the following: nausea, itching, drowsiness, fatigue, and drowsiness. On their own, these side effects are rarely serious. However, they can contribute strongly to a mishap or accident. For instance, handling heavy machinery or driving when experiencing drowsiness (a common side effect of painkillers) can lead to an accident.

Serious side effects of painkillers

Prolonged and continuous use of painkillers, such as Ibuprofen and other non-steroidal anti-inflammatory drugs (NSAIDs for short), is linked to stomach ulcers and internal bleeding.

Life-threatening side effects of painkillers

Painkillers such as Advil are known to trigger heart attacks or strokes, especially in elderly people or adults who have a greater risk to these conditions. Prolonged and continuous use of painkillers can also cause irreparable liver damage and kidney failure.

If you think that you can safely use painkillers because you don’t exhibit any risk factor for heart disease, such as smoking, diabetes, high blood pressure, etc., you are wrong. Recent studies reveal that NSAIDs increase the risk of heart disease in healthy people too.

The risks presented by painkillers are real and dangerous, as the following studies confirm:

Researchers in Denmark went through the medical records of approximately 84,000 people who survived a heart attack, and found that more than 40% of these heart attack survivors used or were using NSAIDs.

A report published in the journal of the American Heart Association revealed that NSAID users recorded a higher number of strokes and second heart attacks than people who did not use NSAIDs.

Doctors at the University of Florida’s College of Medicine recorded that individuals who used NSAIDs regularly over long periods of time had a 50% higher chance of facing death, stroke, or heart attack.

In a study published in the British Medical Journal, American and Danish researchers reported that new NSAID users had a greater risk of suffering from atrial fibrillation (a dangerous heart rhythm disorder).

A recent study concluded that there is no safe dosage for Ibuprofen for people with underlying heart disease. In such people, even one tablet can trigger cardiac arrest.

The above facts on painkillers are disturbing, to say the least. However, they can be lifesaving too, if you take appropriate action. The next time back pain prevents you from sleeping or you experience joint pain after a game of tennis, use the following natural pain relievers instead of NSAIDs and other painkillers.

Ignatia is a homeopathy remedy for pain. It is highly effective in relieving nerve pain and sore muscles. Ignatia is little hard to find. We recommend that you look for the product online if the store near your home does not have this product.

You wouldn’t face any difficulty in finding Rhus Tox. Today, dentists use this product to relieve pain of various dental procedures. In homeopathy, Rhus Tox is used for complaints such as arthritic pain, sprains, stiffness in the joints, backaches, rheumatoid arthritis, restless leg syndrome, cramps, and osteoarthritis.

According to a recent study conducted on MSM, 80% of the subjects in the treated group experienced substantial reduction in pain in comparison to those who were given a placebo.

MSM is known to be effective in relieving back, neck, wrist, elbow, and knee pain. Make sure to always buy organic MSM.

Researchers at the University of Connecticut conducted a study to understand the pain relieving properties of Cetyl Myristoleate. In the study, subjects who had joint and/or muscle pain were given this substance. All subjects reported decreased pain after they took Cetyl Myristoleate.

Proponents of Naja call it ‘a potent inflammation killer’. Inflammation, scientists state, is the main cause of pain. Nyloxin is effective against nerve pain, joint pain, sore joints, and any pain in the spinal region.

Although the food we eat may contain adequate amounts of magnesium, some of it gets lost during the cooking process. This is where magnesium supplements come in handy. One of the best magnesium that we’ve found is Magnesium Infusion from Activation Products. Magnesium Infusion is not consumed orally, but is taken through the skin by spraying it on the skin’s surface. It is especially helpful for joint and arthritis pain.

In the light of the latest studies, it is hard to say if there is anything like ‘a safe painkiller’. Avoid painkillers as much as you can and use natural painkillers instead of prescription or over-the-counter painkillers.

If you absolutely need to use a painkilling drug, consult your doctor and use the safest painkiller in the smallest dosage and for the smallest time period. Never use painkillers continuously for longer periods. Natural painkillers, on the other hand, can be used for as long as you need to.