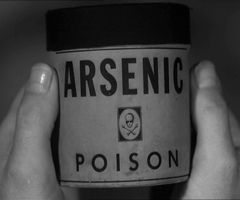 (BeWellBuzz) The world is so uncertain these days, and we can never be too sure about the weather, about the economy, about our lives and now about our food too!

Yes, we are talking about one of the most common food that’s part of everyone’s diet – the chicken. If you are munching on a chicken sandwich right now, you might want to stop and think!

Is Your Chicken Safe To Eat?

Back in the olden days, our ancestors used to breed and sacrifice chicken themselves, but now we have progressed and we get slaughtered chicken cut into proper pieces at our slaughter houses and we all trust the farms breeding the chicken to do absolutely nothing funny with it. But guess what? We can’t trust the chicken produce anymore, since it may have been injected with various harmful chemicals.

Ever wondered how you get that juicy chicken leg on your plate? New scientific studies by Keeve E. Nachman, the food scientist at the Johns Hopkins University Center for a Livable Future have proved that chickens are fed with some of the most dangerous chemicals such as caffeine, which contains active ingredients of Tylenol and Benadryl, and carcinogen Arsenic, to make them look more tantalizing to us.

The Dangers of Arsenic In Chicken

Arsenic in chicken is of serious concern since Tylenol and Benadryl is a banned medicine in Europe and USA and is potentially dangerous for our health. What’s even more astonishing is that the EPA has set strict levels of arsenic to be used in water but none for food! Perhaps they want us to believe that our food is pure with no arsenic at all!

Arsenic can not only cause cancer, but it can also lead to harmful effects like thickening and discoloration of the skin, stomach pain, nausea, vomiting, diarrhea, numbness in hands and feet, partial paralysis, and blindness. Furthermore, arsenic doesn’t only threaten humans but threatens the environment as well.

Roxarsone is an arsenic additive that is used is an important part of the chicken diet of about 70% of the 9 billion broiler chickens produced annually in the U.S. James A. Field who conducted research at the Department Of Chemical And Environmental Engineering at University of Arizona said that roxarsone converts to inorganic arsenic in 8 months after poultry litter is spread on fields for proper cultivation. In anaerobic environments, roxarsone is transformed into highly toxic forms penetrating into the fields.

You may be wondering how the scientists found out that chicken contains arsenic in the first place. Well, the short answer is whatever an animal is fed with, its feathers will store a part of it. Some scientists experimented on those feathers by making feather meal (a poultry byproduct made of feathers), and it was there that they found that the chemical composition of the feather meal also included arsenic.

A study published in the scientific journal entitled ‘Environmental Science and Technology’ indicated that this feather meal was full of fluoroquinolones, which is a banned antibiotic in United States and has been proven to be detrimental for human health. It has been known that this antibiotic-resistant infection kills more Americans annually than AIDS (Infectious Diseases Society of America). Now chicken being fed with this antibiotic could indicate a greater threat to our own food.

Feather meal was also found infested with benadryl and acetaminophen in the same study. Acetaminophen is filled with tylenol! FDA has also admitted that chicken meat contains cancer-causing arsenic! The worst part is that arsenic has been included in the chicken feed for the last 20 years, so Americans are eating cancer filled chicken for over 20 years! Today, chickens are also being fed with caffeine, which itself isn’t considered healthy for humans when taken in large quantities; so now many of us are consuming caffeine no matter what!

David Wallinga, the physician and director of food and health program from the Institute of Agriculture and Trade Policy researched and tested raw chicken from Minnesota and California supermarkets for arsenic content. He found out that 55% of the 151 samples contained 1.6-21.2 ppb of Arsenic. However, no arsenic was found in samples from Tyson and Foster farms.

The journal “Science of the Total Environment” declared from a peer-reviewed study that 9/10 broiler chickens were fed with arsenic in accordance with a 2011 industry estimate. Whatever the case be, the farmers breeding the chickens cannot be blamed since they only feed them industry packed food not knowing what kind of poison may be in it.

However, all these studies have been done on uncooked chicken and scientists are not yet able to perceive what kind of chicken reaches our plates. The increasing instances of poorly fed chickens and dangerous chemicals in poultry have made a lot of consumers switch to organic food.

First, it was the pink slime issue, and now it’s the arsenic in chicken! Sometimes it’s hard to deduce if any poultry we eat is not infested with toxic chemicals these days! It is way better off to switch to organic food until further studies, and not just the FDA, prove that this chicken is absolutely safe to eat!