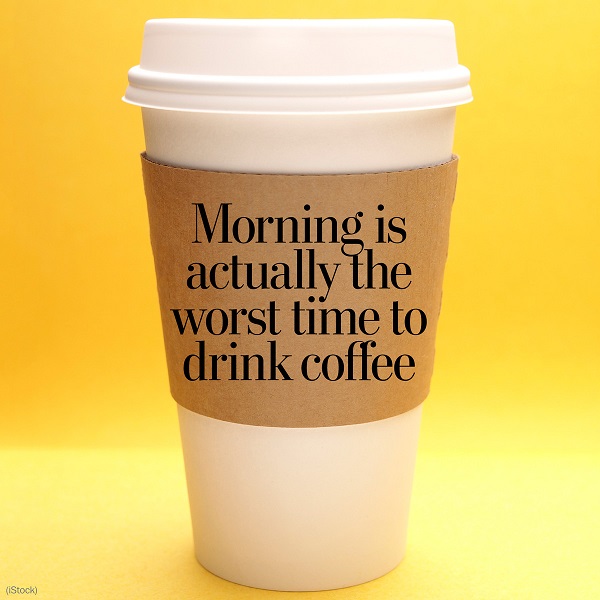 If you really want to get the most of your caffeine consumption, maybe it’s time to reconsider when you drink your first cup of coffee. This article from The Washington Post places a question mark on the ingrained habit of drinking coffee shortly after waking up.

Coffee has ingrained itself in the mechanisms of so many people’s early morning routines. There is something romantic about brewing a carafe, or holding a freshly bought cup close, first thing. There is also something practical about it: Sipping piping hot caffeine as soon as possible prepares us for the day—or, at the very least, for the coming few hours.

But drinking coffee shortly after waking up, as it turns out, is actually a bit counterproductive. Not only does it undermine the caffeine’s effect, but it tends to lead people to build a tolerance for the drug, thereby diminishing its effect down the road.

Our bodies produce a hormone called cortisol, which has been branded the “stress hormone,” because it tends to appear when we are either stressed or fearful. But that same hormone is also a key component of our natural, day-long hormonal cycle, known as the circadian clock, which helps wake us up in the morning and wind us down at night. The gist is that when our body releases cortisol, we feel more awake.

As the above video, which was put together by the popular science explainer Youtube channel ASAP Science, shows, there is such thing as a less than ideal time to drink coffee. And that time is first thing in the morning, when cortisol levels are highest.

There are two basic problems with consuming caffeine when cortisol production is high. First, caffeine tends to interfere with the production of cortisol. The body then produces less of the hormone and relies more on the caffeine.

Second, drinking coffee while cortisol is high leads us to develop long-term tolerances for caffeine, which is why so many habitual coffee drinkers say it has less of an effect on them. In effect, caffeine replaces the boost we would ordinarily get from cortisol rather than supplementing it.

Three times throughout the day—in the early morning, around mid-day, and in the evening–cortisol levels rise. The chart below, plucked from a 2009 study, shows the ebbs and flows. Notice that it’s highest between 6 a.m. and 10 a.m. (particularly so between 8 a.m. and 9 a.m.). While these vary a bit by person—depending on when someone tends to wake up—they are still a reasonable benchmark for people with normal to near-normal waking hours. 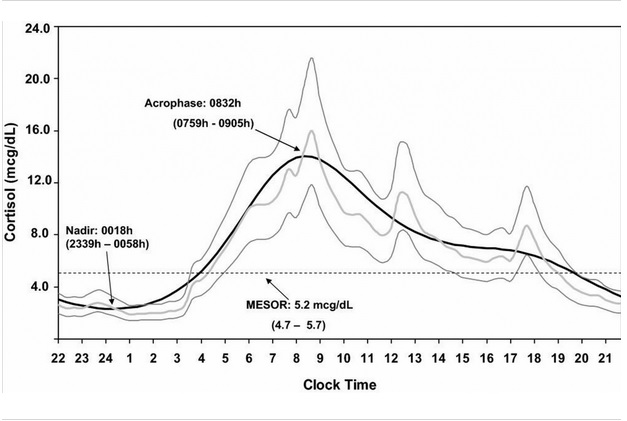 It’s during the troughs above — between roughly 10 a.m. and noon, and 2 p.m. and 5 p.m.—when people should drink coffee if they want to get the most out of their caffeine. Between those hours, the coffee is actually most needed, and, perhaps most importantly, will not interfere with our body’s own essential mechanism for keeping us alert.

Studies have shown that when people talk about developing a “tolerance” for coffee, they are often talking—albeit unknowingly—about the reality that their coffee consumption has fostered a decrease in the amount of cortisol their body produces during the day.

Coffee drinkers who are exhausted in the morning without their coffee have likely altered their circadian rhythm in such a way that they need the caffeine boost in order to reach the level of wakefulness they used to achieve without it.

Sound familiar? Maybe it’s time to reconsider when you drink your first cup.

Source: When to drink coffee so you get the most out of the caffeine – The Washington Post