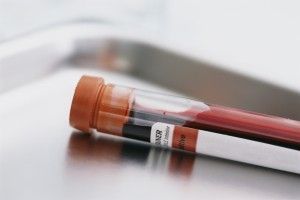 You knew it was coming…now that we know that telomere length can determine aging in your body, it was only a matter of time that a blood test would become available to the general public that could tell them how long (or short) their telomeres are.

In this ABC news report, it was reported that the blood test to measure telomeres would be available in the UK later this year and later still in the U.S.  The cost will be around $700.

If you watch the video, they show a reporter asking people if they would want to know how long they will live and also asking, “What would you do if you knew you only had a month to live?”  Oh, come on!

Clearly, the blood test to measure telomeres isn’t going to tell you that you only have a few months to live — good grief! What it CAN tell you is if you are aging at an “normal” or accelerated rate.

The question becomes – so what? What can you do about the results of this test?  Of course, no mention of TA 65 was made during this report, but they DID say that diet, exercise and stress reduction all play a big part in the aging process.

As does genetics – to some extent.

But wouldn’t you be the least bit curious? I would!

The reporter said that not one person they interviewed was interested in taking the test.  I’ll bet if she had worded the question differently, instead of asking the silly question, “What would you do if you found out you had a month to live?” – she might have gotten some different results.