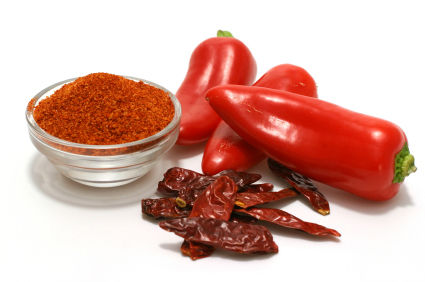 (BeWellBuzz) Cayenne pepper is a beautiful, lustrous, red bell shaped variety of capsicum, which is named after the city Cayenne in the French Guiana, the overseas region of France. Cayenne pepper (pronounced as Kaai-yen) or Capsicum annum is powdered and used in spicy dishes. It is a spicy pepper with approximately 30,000 to 50,000 Scoville units (a unit used to measure the spiciness of a substance). It commonly used in Korean and other Asian cuisines in a vinegar sauce. Apart from this, Cayenne pepper is commonly termed as the ‘king of herbs’ because of its variety of health benefits.

Where Is Cayenne Pepper Grown?

Growing cayenne pepper is not a difficult process but one must bear in mind that they are highly susceptible to extreme hot or cold conditions. This is why they need to be properly acclimatized even when being transferred outdoors after packaging. The cayenne pepper can be grown in temperate climates, and it is passionately grown in places like Mexico, Nigeria and North America, where is it used for various sauces.

What Are The Benefits Of Cayenne Pepper?

Besides setting fireworks to the taste buds, cayenne peppersare popularly used to treat various ailments. In fact, Cayenne Pepper has been revered as one of the ‘all cure’ herbs as it has so many advantages like:

Who Should Not Use Cayenne Pepper?

Despite the numerous benefits, a word of caution is in order, because cayenne pepper should not be used by all if:

Cayenne Pepper is a master cleanser, and great food to add to your diet. With so many benefits, you can’t possibly go wrong with Cayenne!