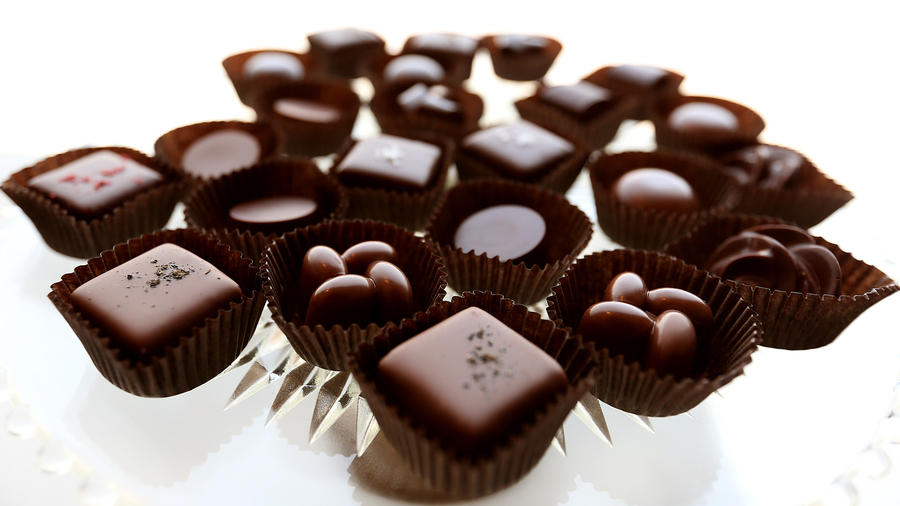 The association between habitual chocolate consumption and the risk of future cardiovascular events has been re-examined and found to favor chocolate lovers, again. This post from Los Angeles Times reports the findings of a meta-analysis that reiterates the health benefits of chocolate.

More good news for chocoholics: New research has found that devoted consumers of chocolate — including some who consume the equivalent of about two standard candy bars a day — are 11% less likely than those who eat little to no chocolate to have heart attacks and strokes, and 25% less likely to die of cardiovascular disease.

That news emerged from a long-running British study that tracked nearly 21,000 adults in and around Norfolk, England, for an average of 12 years, making frequent surveys of their consumption habits, lifestyles and health. Those in the top one-fifth of chocolate consumers owned up to eating the equivalent of about a half an American-sized candy bar; those whose chocolate consumption landed them in the bottom 20th percentile averaged a paltry 1.1 gram per day.

Those in the highest chocolate-consuming group not only had lower rates of heart attack and stroke, but they also had, on average, lower body-mass indexes, lower systolic blood pressure and inflammation, and lower rates of diabetes. They also tended to exercise more.

The study was published Monday in the BMJ journal Heart.

Those findings jibe with a welter of other “observational” studies, those that track people over lengthy periods and draw links between some factor or habit or input — in this case chocolate — and a specific outcome. Indeed, the authors of the Norfolk study also lashed together the findings of nine other such studies — a so-called meta-analysis reflecting the outcomes of 159,809 people — to undergird and provide further context for their findings.

But Dr. Farzaneh Aghdassi Sorond of Brigham and Women’s Hospital in Boston says it’s time for such observational studies to give way to trials that probe deeper questions: Is it chocolate, or something else that comes with a chocolate-eating life, that makes people healthier? And if it is chocolate, what is it specifically about this long-consumed bean that confers better health?

Studies like this one, Sorond says, can’t draw a clear line of cause and effect between eating chocolate and better health.

“Causality is the issue that remains unanswered and that’s going to have to be explored through clinical trials and interventions,” said Sorond, whose research has shown that when elderly people at high risk of stroke and dementia were given high quantities of cocoa to consume, the blood flow to their brains improved.

Sorond noted that in the current study, authors did little to distinguish grades of chocolate — and thus, the cocoa content of that chocolate — in their reckoning. Much of what was reported consumed appears to have been milk chocolate, which contains low levels of the plant flavonoids in cocoa that many researchers have focused on as chocolate’s beneficial ingredient.

That makes the findings all the more perplexing, she said, because “the brown stuff that is sweet doesn’t necessarily have any chocolate in it.”

“Are we really chasing the right thing focusing on the flavonols?” Sorond asked. “Or is there something else? Does chocolate consumption represent a socioeconomic status or some other kind of healthy factor? This paper underscores the issue we face.”

Such work is underway on a broad front, with scientists, confectioners and pharmaceutical companies all vying to play a role in chocolate’s next chapter.

Sorond says that may take four to five years to produce results, so it may be best to sit back, crack open a bar of dark chocolate and take heed of the advice dispensed by the authors of the latest research: “There does not appear to be any evidence to say that chocolate should be avoided in those who are concerned about cardiovascular risk.”