Many of the drugs that we know are illegal and dangerous, like heroin, were once easily bought at the corner drugstore and recommended by doctors. When you see the old advertisements for these substances, sometimes you cringe, and sometimes you can’t help but laugh!

This is why I am cautious with any “new” health advance that has not yet stood the test of time. I will explain more on this later.

Many of the medicines of the 19th and early 20th century contained psychoactive drugs – alcohol, opium, and cocaine. Doctors didn’t know how these drugs worked but they gave some small relief since you were actually slightly high or drunk. Meanwhile nature took it’s course and if it could, the body naturally healed as it would have anyway without the ‘medicine’.

The German company Bayer, which now produces one of the most popular pain medications on earth, aspirin, also developed heroin and sold it at your local drugstore.

In fact, when a chemist first developed ASA (aspirin) and presented it to Bayer, management was not interested right away.  They were more excited with another drug they had rediscovered – diacetylmorphine. They trademarked this drug “heroin” because early testers said it made them feel heroisch (a German word for heroic). 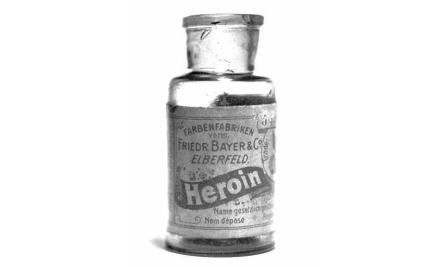 Heroin was marketed as a non-addictive morphine substitute and cough suppressant. Medicines containing “smack” were sold in stores just as aspirin is today. The American Medical Association gave heroin its stamp of approval in 1907.

According to a Bayer watchdog group, Bayer promoted heroin for use in children suffering from coughs, colds and “irritation” as late as 1912.

Mrs. Winslow’s Soothing Syrup contained 65 mg of morphine, another opiate analgesic, per fluid ounce and was used “for children teething.”

This seems amazing to us now because we know so much more, but people somehow survived! The body is amazing.

For coughs:  Honey and finely ground black pepper is a time tested ayurvedic remedy for cough and sore throat used for centuries.

For colds: Many superfoods are rich in vitamins and antioxidants necessary to prevent colds and infections before they happen. They also support the immune system once you have a cold. Camu camu berry is a great example.

All alkaline foods: create balance in the body.  An acidic body is an inflamed, unsettled body with unbalanced immunity. Alkaline-forming foods include lemons, spinach, zucchini, watermelon, millet, almonds, and raspberries and even weeds like dandelions. Each one of these foods offers a host of powerful health benefits which you can enjoy with no long list of side effects.

In the US, cocaine was sold over the counter until 1914 and was commonly found in products like toothache drops, dandruff remedies, and medicinal tonics.

Coca leaves, which can be transformed into the more concentrated cocaine, have been used for centuries in native cultures in South America for day to day remedies and religious ceremonies.

In America and Europe, the coca leaves were combined with wine “to invigorate the mind and decrease depression and sleepiness.” It was suggested that you should take a full glass with or after every meal. Children should only take half a glass.

Coca-Cola was invented in the late 1800s as a “coca wine,” but the alcohol and cocaine were later replaced with syrup and coca leaves, respectively.

It was considered “a valuable brain tonic, and a cure for all nervous affections – sick headache, neuralgia, hysteria, melancholy.”

Opium poppy seed (from which heroin is processed) has been cultivated for food, anesthesia, and ritual purposes since at least the new stone age.
In the 18th century, opium was found to be a good remedy for nervous disorders: to quiet the mind, help the insane, and to treat insomnia.  In the American Civil War, the Union Army used 2.8 million ounces of opium tincture and powder and about 500,000 opium pills. It was called “God’s Own Medicine.”

Until 1970, Paregoric, whose main ingredient was powdered opium, could be purchased at a pharmacy without a medical prescription. Cigarettes with unknown contents claimed to provide temporary relief for everything from asthma to colds, canker sores, and bad breath. They were “not recommended for children under 6.” As the effects of nicotine became more apparent, cigarette companies had to be more subtle in their marketing.
During World War II, soldiers were issued free cigarettes, courtesy of the tobacco companies, resulting in millions of nicotine-addicted G.I.s returning home after the war.

But We Know Better Now, Don’t We?

We certainly have come a long way since the era of patent medicines. Our understanding of how chemistry interacts with our bodies is increasing daily. But is it far enough?  Future generations may well laugh at our present day advertisements for Viagra and sleep medication and we already cringe at the destructive effects of chemotherapy and radiation.

I don’t want to pick on any doctors specifically or in general. They just tend to represent (sometimes unknowingly) the established medical and pharmaceutical industries.

Sometimes the same thing happens in the natural health field; new discoveries which at the beginning sound like the cure for everything turn out to be not appropriate for everyone and in some cases are even harmful.

It is up to us to take responsibility for our own health and educate ourselves. We can’t expect a government organization to do it all for us.

I’m sure you know of other deadly medications and procedures that have been offered to the public. Please leave your comments below.