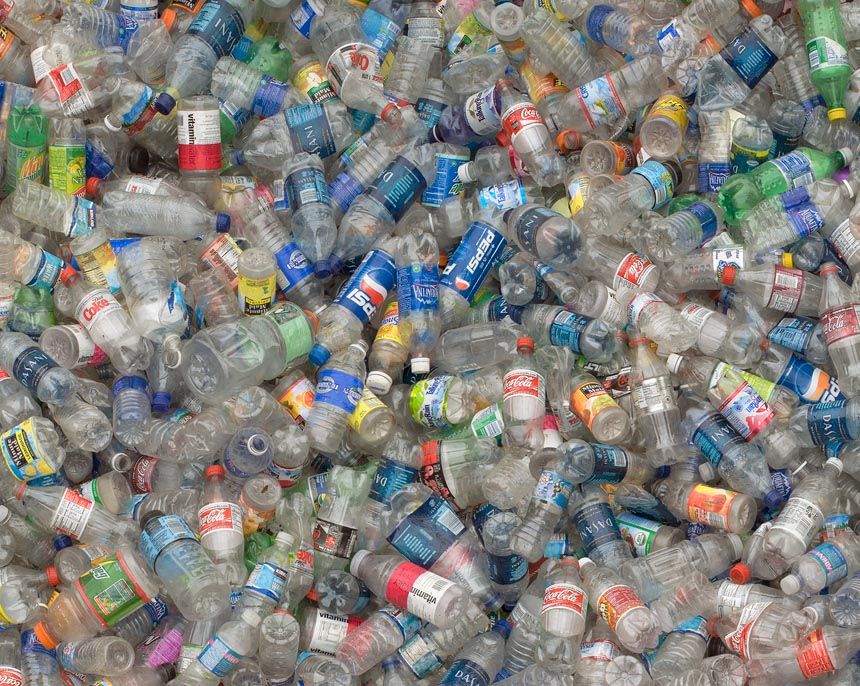 Plastics have been around for quite a while now, certainly since the beginning of the 20th century. It would be hard to imagine a life without plastics. It is in just about everything but food (and some say it may even be in there as well…). Plastic revolutionized most industries within the last century.

But what is plastic? Plastic is basically a solid substance that is easily molded into whatever shape you may want. As a rule, it will be some sort of organic polymer, but there are some synthetic versions as well. A good example of a natural plastic is rubber. Most organic polymers are based on chains of carbon atoms, with oxygen, sulfur, or nitrogen. Polymers are useful because they can be easily modified with additives to give them the particular characteristics desired, such as more elasticity, harder when solidified, a particular color, heat-resistance, etc… So, in the modern world, we have many different kinds of plastics, such as nylon, used in just about everything from medical devices to clothing, vulcanized rubber, Poly Vinyl Chloride, or PVC, polyethylene, and the list continues….

It has been said that everything comes with a price, and plastic is no different. The use of plastic dominated our lives before it was completely understood. But, now we know the dangers of plastics both from a physiological standpoint, as well as environmental hazards.

From a physiological standpoint, plastic, or rather the additives in it, can be a serious health concern. One of it’s common additives, bisphenol (BPA) is so dangerous that it’s use in the manufacture of plastic baby bottles has been prohibited in the U.S. on the state-level, even though the federal government, meaning the Food and Drug Administration (FDA) continues to allow it’s use. This type of plastic is widely used in the food industry, to line cans, and in containers such as water bottles, water bottles for coolers, plastic bags, food containers, etc… It would be difficult not to be exposed to BPA nowadays. BPA can leach out of products, into water, and into food. Once in the body, it is one of the few chemicals that can cross the placental barrier and get into a developing fetus, potentially causing all kinds of birth defects. This means pregnant women are especially at risk for health issues concerning BPA. Studies are showing that many diseases we face today, such as cancer, Parkinson’s, Alzheimer’s, etc…could be linked, at least partially, to additives like BPA. The real threat from BPA is that it is a synthetic hormone, and your body thinks it is estrogen, vital to many functions. So, why is it still legal to use? For that, you’d have to ask your elected officials, and the geniuses they appoint to positions like the FDA…you know…the people who brought you Thalidomide and MSG?

Did you know that plastic needs about 450 just to start decomposing? Then, it takes another 50-80 years to decompose completely.

The environmental impacts of plastic may be even worse. Plastic is technically biodegradable, sort of. There are a few bacteria that can break it down into it’s individual components, but mostly, it takes UV radiation from sunlight to break it down. Of course, buried in a landfill, a plastic bottle is unlikely to get much sunlight, so it will probably be around for a while. But in the ocean, plastic can degrade in as little as a year. However, a year is a long time to be drifting around, and thousands of aquatic animals and waterfowl, including many endangered, or threatened species, die every year, from becoming entangled in plastic bags, or by accidental ingestion. Recently, a dead sperm whale was washed up on a beach in Spain. An autopsy showed it died from ingesting over 40 pounds of various kinds of plastic, mostly from one local manufacturer. For a species with less than 1000 individuals remaining in the area, the loss of one individual can still be serious. And even after plastic breaks down, the harmful chemicals such as BPA remain in the environment, and can poison wildlife, as well as people who come in contact with it.

So what can be done?  Researchers are working on developing plastics that degrade quicker, and have less harmful additives in them. But it may take a while before suitable replacements can be found. At present, the only thing being done from a physiological angle it to require labels that warn of the harmful components in plastic, so consumers will at least be aware of them, and can choose not to use the product if they so desire.  On the ecological front, new regulations could require a better way of disposing of plastic refuse, and volunteer groups regularly clean up plastic in the oceans, lakes and rivers. Animal rescue units routinely assist distressed animals tangled in plastic bags, fishing line, etc.. Unfortunately, these are just a drop in the bucket. 10%-30% percent of all waste going into the environment is from plastic. Clearly, more needs to be done, and quicker.

So, the next time you grab a bottle of healthy spring water, just remember, that plastic container it is in could be a hidden Monkey’s Paw. Beware of unintended consequences.