Research results suggesting vaping may not be safer than smoking cigarettes are trickling in, with the jury still out on its long-term effects. This post from Science.Mic discusses the possibility of e-cigs being more dangerous than cigarettes.

E-cigarettes might be more acceptable to use in public than their old-school counterparts (after all, a US congressman vaped in the middle of a hearing), but are they any better for you than traditional cigarettes?

New information presented on Friday at a conference of the American Association for the Advancement of Science in Washington, D.C. suggests that vaping may have even more of a negative effect on the body’s immune system than smoking cigarettes.

Research conducted by Ilona Jaspers, the Deputy Director of the UNC Center for Environmental Medicine, Asthma and Lung Biology, who presented at the conference, found that while cigarettes have been shown to suppress some immune genes, vaping affects significantly more of those immune genes. 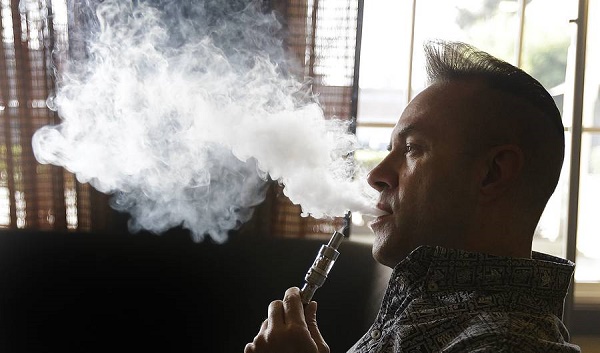 “The gene expression changes we’re seeing are consistent with a modified immune response,” Jaspers told ArsTechnica, but added that “we don’t know” whether the changes caused by e-cigs are putting users at greater risk of disease and infection.

This isn’t the first bit of sobering news for people who champion vaping as a safe alternative to cigarettes. Back in June, a study found that vaping liquids expose lung cells to carcinogens and may cause lung inflammation. So what does it all mean? E-cigs are still a relatively new product and their longterm effects aren’t yet clear — so anyone who says they understand everything that vaping does to your body might be full of hot air.

Source: New Study Shows How People Who Vape May Be Making Themselves Sick