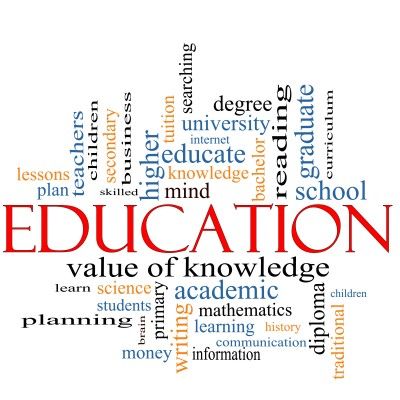 (BeWellBuzz) Did Greek scholars over centuries gone by live longer than their relatively less educated countrymen? Maybe they did, maybe they didn’t. However, what we know for sure is that a modern-day educated individual is likely to live longer than someone who did not go to college. Read on to know more about the link between education and longevity.

Many researchers today indicate that there is a simple way to increase longevity: staying in school longer.

Education, it seems, not only opens our minds, but also improves our longevity. Those of us who were expecting a bottled solution to longevity issues may be a tad disappointed by this finding. On the other hand, those with an interest in education now have another reason for completing their studies. As far as people with limited or no education and those who are past the usual age of undergoing formal education are concerned, the comforting fact is that older people who regularly indulge in cerebral activities such as playing chess, solving crossword puzzles, etc., are more likely to live longer and have a reduced risk of Alzheimer’s disease – the seventh leading cause of death in the USA.

This is not the first time studies have pointed to a link between level of education and life expectancy. Many earlier studies, too, had been suggestive of this link. However, unlike previous studies, the new studies – especially the two we are going to discuss here – dare to dig deeper in their attempt to provide conclusive answers about why such a link exists. Without wasting any more time, let us now take a look at these two studies.

The researchers – Seth Richards, Cutler, and Meara – used two large data banks to analyze the impact of education on longevity. Put together, the two data banks had data of about 20 years. The studied group was divided into two categories:

The researchers went through the death statistics of white American and African-Americans, women, and men to understand their life expectancy at age 25. The main findings of this study were as follows:

Swedish researchers carried out a comprehensive long-term study involving around 1.2 million participants. The aim of this unusually long study with a follow-up period of 58 years was to compare the mortality rate after age 40 for people who had 9 years of compulsory school education to students who were exposed to 8 years of school education.

The main findings of the study are given below:

Why do people with higher education have a better life expectancy in general?

As mentioned above, there had been other studies that had proved the link between the level of education and longevity. However, none of these earlier studies tried to explain why this is so. That said, they may point to logical explanations about this. Let’s take a look at some of them:

This probably explains why Swedish researchers found that people with 9 years of school education had a lower chance of dying due to lung cancer for which smoking is a determinant. U.S. researchers too found out something along similar lines. For instance, they discovered that people with a college degree under their belt are less likely to smoke than people who went to college but did not complete it. Additionally, people with some college experience were less likely to smoke than people who did not go to college and so forth.

Besides smoking, the higher-education group is less likely to not wear a seat belt while driving, not have a smoke detector installed in their home, do drugs or drink heavily, or make other less healthy choices than people with fewer years of education. However, it must be noted that these are relative generalizations.

Be it brain power or brawn power, the rule remains the same – use it or lose it. Thousands of people in the U.S. die every year due to Alzheimer’s disease. Scientific studies show that people who exercise their brains regularly can defer the onset of this debilitating, incurable disease. It is also believed that people with good brain health are likely to live longer.

To sum up, people with better education are likely to live longer because they are more likely to make healthier choices and do cerebral activities more frequently.