Brain science hints at several ways to keep our junk food cravings from turning into over-consumption. This post from Forbes turns the spot light on lessons from brain science on how to stop over-eating.

Put our brains into the modern food environment, and you have a recipe for disaster. Our brains are hardwired to crave calorie-dense foods, this craving no doubt arising from our evolutionary time spent on the Tundra where calories were often scarce. But our modern food environment surrounds us with calorie-dense foods, forcing us to deplete limited willpower trying to keep our cravings from turning into over-consumption. Fortunately, brain science hints at several ways to reduce this pattern of craving and consumption.

Let’s start with a part of the brain called the left dorsal lateral prefrontal cortex, a region important for helping restrain ourselves from engaging in unwanted behaviors. Do something to disable the dlPFC (as the cool kids call it), and you will lose self-control or willpower. For example, psychologists often measure self-control using something called the Stroop effect, in which people are asked to quickly state, say, the color of a series of fonts. This seems like it should be pretty simple. 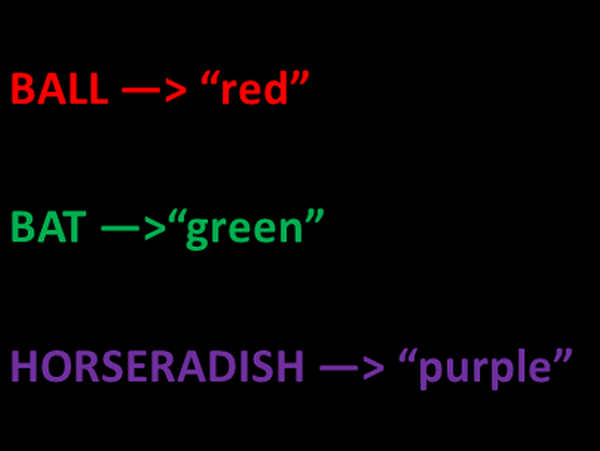 In the Stroop task, however, every once in a while people get something like the following: 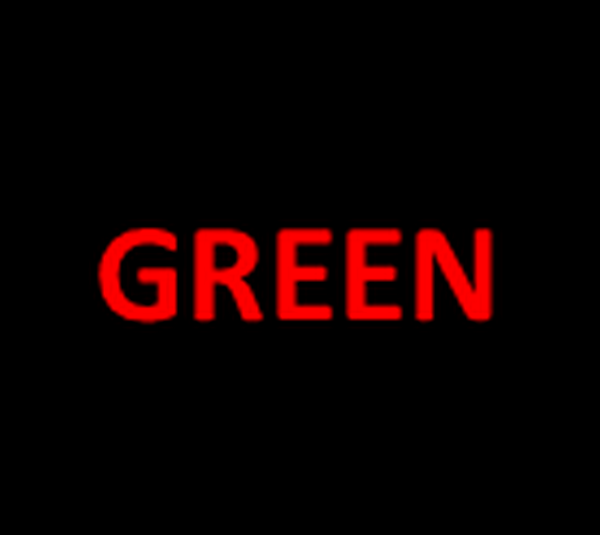 When people see this word they are supposed to say “red” because the word is in a red font. But many people blurt out “green” instead, unable to inhibit the impulse. As it turns out, when researchers use a clinical stimulator to zap the dlPFC, people’s performance on the Stroop task declines. Here, in case you are interested, is a picture of one of these stimulators – don’t let a stranger persuade you to place one on your head! 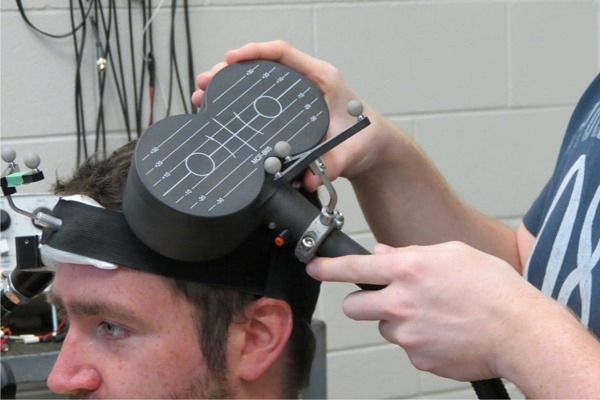 What does this brain zapping and Stroop tasking have to do with food? Well, when researchers disable the dlPFC, not only are people more likely to fail the Stroop Task, but they are also more likely to consume large amounts of unhealthy food. In addition, they crave these foods more, suggesting that craving is a function of self-restraint. At the same time, however, dlPFC interaction does not increase consumption of healthy food.

Willpower depletion does not lead to over-consumption of all foods, just unhealthy ones. Finally, the amount of food people consume after dlPFC inactivation is strongly predicted by how well they do on the Stroop task. 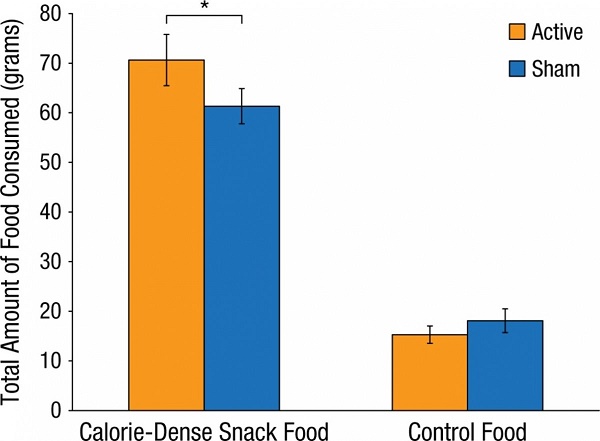 It’s hard to overestimate the importance of willpower. What can all of us do to build-up our willpower? Researchers still debate this question. (Truth be told, we researchers like to debate pretty much every question. It’s often our prickly, disagreeable natures that makes us successful scientists.) Some experts believe aerobic exercise can build-up willpower. Exercise leads to better performance on the Stroop task, and to more restraint around calorie-dense foods. So if you want to control your weight, you have another reason to exercise.

Exercise not only helps burn calories, but might make it easier for you to resist unneeded calories. Not into exercise? Then the best bet for you might be to dampen your cravings by doing what you can to avoid visual or olfactory cues. In other words, the sight or sound of unhealthy foods might be more than your willpower can handle. In fact, when researchers “prime” people to think about, say, pizza, those people are less able to resist the urge to eat unhealthy food. This is isn’t shocking. Why else does Cinnabon work so hard to waft the smell of its food across the mall?

It’s not always possible to avoid cues that trigger cravings for unhealthy foods – Cinnabon smells and fast food ads are often unavoidable. But if you do what you can to avoid such cues, while also working to build your willpower, at least you will stand a chance of surviving in the modern food environment with your waistline intact.

Source: How To Stop Over-Eating — Lessons From Brain Science