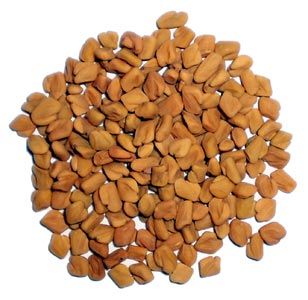 Some call it a spice and some a leafy vegetable; fenugreek is a versatile and delicious addition to pilafs, curries, and other culinary preparations, and it has remarkable medicinal properties as well.

Traditional Indian and Chinese medicine practitioners have long used the seeds as well as the leaves in fresh or dried form, to treat problems ranging from diabetes to clearing lung infections.

It is the anti-oxidative effects of fenugreek that are thought to produce these positive impacts on health and reverse damage to the body by reducing inflammation.

Over the years, a number of studies have been carried out which have shown the positive impact of fenugreek on various ailments and its unique ability to boost health.

Fenugreek has powers beyond the taste buds – it also has the potential to amp up your sex life.

Researchers from the Australian Centre for Integrative Clinical and Molecular Medicine found that 25- to 52-year-old men who took fenugreek extract twice a day for six weeks scored 25 percent higher on a test gauging libido levels than men who took a placebo, the San Francisco Chronicle reported.

Men who took the placebo saw their libidos either remain the same or fall during the six-week period.

Low libido is a common scourge of couples, affecting about 18 percent of men. It differs from impotence and infertility, and instead has to do with a lack of interest, urge or desire to engage in sexual activity.

Scientists aren’t completely sure why fenugreek seems to have such an amorous effect on men, but it could be because the herb’s seeds contain compounds, called saponins, that affect hormone levels. One particular saponin, called diosgenin, could affect production of sex hormones.

Fenugreek has also been used for treating menopausal symptoms, inducing childbirth and solving digestive problems, according to the National Institutes of Health. Today, it’s still used to stimulate the production of milk in breastfeeding women, as well as formed into a paste to treat skin inflammation. It’s also been shown in studies to lower blood sugar levels in people with diabetes.

Another study found that a diet including fenugreek was useful for managing diabetes. It was able to reduce fasting blood sugar levels and also improve glucose tolerance. Not only that, it was also seen that bad cholesterol as well triglyceride levels were helped to be reduced by virtue of the fenugreek diet. In populations where fenugreek is consumed frequently and regularly, rates of arthritis are lower. Also it has been seen that drinking a cup of fenugreek tea per day can help to alleviate arthritis related pain.