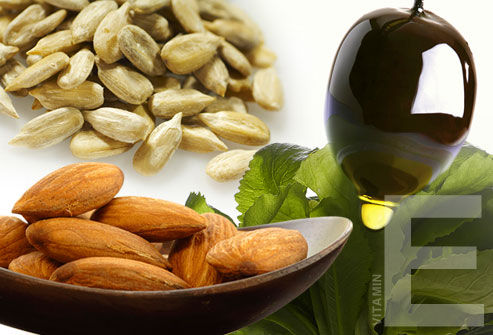 (BeWellBuzz) Despite numerous efforts by the medical community worldwide, we have not been able to wipe out the disease of cancer. According to World Health Organization, cancer is one of the leading causes of high death rate amongst adults in the United States. While, admittedly, the aim of wiping out cancer remains a distant dream, medical science has made remarkable progress in understanding and treatment of the disease, provided it is diagnosed at an early stage.

How Is Cancer Life Threatening?

Cancer is a disease that involves unregulated cell growth. In cancer, cells divide and grow uncontrollably, forming malignant tumors, and can further invade nearby parts of the body through either the blood stream or the lymphatic system.

Recently Vitamin E has attracted a lot of attention as a possible cancer prevention route. The cancer preventing qualities of vitamin E have been known for some time; however, there was considerable discord in the medical community over the actual benefits of Vitamin E. In fact, some went as far as to say that rather than preventing cancer, Vitamin E might actually increase the chance of getting cancer.

The Centre for Cancer Prevention Research at Rutgers University conducted detailed research and came up with results that suggest strongly that Vitamin E has strong anti-cancer inhibiting characteristics. It is great news, because Vitamin E is found in our daily foods, such as sunflower seeds, almonds, pine nuts, avocados, spinach, olive oil, mango, hazelnut, papaya and others. So, it becomes easy for us to keep life threatening diseases like cancer at bay.

When the results were published it appeared to vindicate the supporters of vitamin E as  cancer preventing compound. However, the research comes with an important caveat, not all types of Vitamin E compounds exhibited the anti-cancer effects. Vitamin E consists of eight fat-soluble compounds that include both tocopherols and tocotrienols. The research found that gamma and delta tocopherols had beneficial effects in preventing cancer.

The reception to the research were met with considerable skepticism. The main cancer research charity in the United States refused to sponsor research in this area, leading some to accuse the organization of being in bed with big Pharmaceuticals and the medical equipment industry. However, new research in this area is gradually improving our understanding of the effect that Vitamin E has on cancers and what inhibiting factors are active.

All of the research on the cancer inhibiting properties of Vitamin E depended on naturally occurring and not synthetic. The main sources of naturally occurring Vitamin E include wheat germ, sunflower oil, nuts such as almonds and hazelnuts. Vitamin E is also found in fruit and vegetables such as avocado, mango, broccoli, and low value in leafy greens such as chard and spinach. The oils and nuts have much higher concentrations of vitamin E compared to the fruit and vegetables.

The Controversy Around Consuming Vitamin E

In the 1930s, doctors used the therapeutic properties of Vitamin E in the form of wheat germ to help increase the growth rate in children. In many cultures, foods containing high concentrations of Vitamin E were held in high regard for their medicinal effects.

However, till date science has not come up with the definitive verdict on vitamin E and the trend is towards agreeing that Vitamin E has some preventative cancer effects.